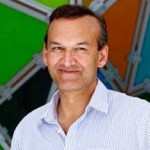 Dr. Jha is the University of Toronto Endowed Professor in Global Health and Epidemiology at the Dalla Lana School of Public Health – and “one of the most influential epidemiologists in the world,” in the words of Vice-President and Provost Cheryl Regher. A Tier 1 Canada Research Chair in Global Health, Jha is also the founding executive director of the Centre for Global Health Research at Unity Health Toronto.

He is a ajunct faculty member at the Public Health Foundation of India, and is the lead author of the book, 'Choosing Health: An Entitlement for all Indians'.

The Million Death Study (MDS) is one of the largest studies of premature mortality in the world. The MDS is an ongoing study that is conducted in India, where, like most low- and middle-income countries, the majority of deaths occur at home and without medical attention. As a result, the majority of global deaths do not have a certified cause. In collaboration with the Registrar General of India, the MDS will monitor nearly 14 million people in 2.4 million nationally representative households in India between 1998-2014. Any deaths that occur in these households during this period will be assigned a probable cause, as determined by a method called verbal autopsy. The results for the leading causes of death in India will be provided to governments, research agencies, and the media as they become available so that they can take action against preventable deaths. 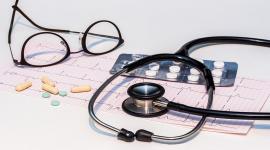