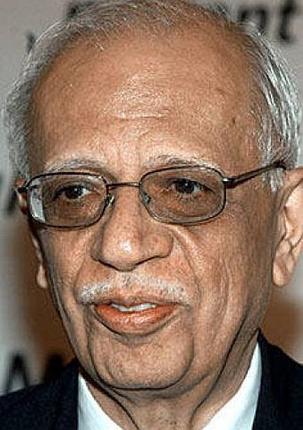 “The banks’ offerings are generally opaque—what is not charged is mentioned, but what is charged is not mentioned—high hidden costs appear rampant and unjustified, thus banks enjoy undue enrichment. If a small customer goes to a bank and has a technical problem, anecdotal evidence suggests that he runs into enormous difficulties. The Committee notes with some sadness that there is substance in the widespread impression among the small depositor community that one needs to know someone higher-up for getting his/her job done. Intense depositor loyalty is the only plank on which the Indian banking systems is surviving. The banks providing poor customer service have to understand that depositors are at the end of their tether.” S S Tarapore writing as a part of the Chairman of the Committee on Procedures and Performance Audit on Public Services (CPPAPS).

The Foundation of The Billion Press in large part exists because of the support, nurturing and mentorship provided by Savak Sohrab Tarapore, a career central banker who was noted for standing up for the cause of ordinary citizens. There was a time Mr. Tarapore walked into a bank branch with a torn shirt and looking haggard to see for himself how the poor are treated at our bank counters. He was bullied, threatened and warned not to enter the bank again. The experience shook him and made him an even more powerful proponent of safeguards for ordinary customers to guard against high handedness by bank officials in face to face interactions and beyond.

Mr. Tarapore retired as the the Deputy Governor of the Reserve Bank of India in 1996. That marked the beginning of a new career in which he served on several key committees and went on to make a name as a rare columnist who could engage on complex issues of banking and the economy while relating these to the everyday lives of ordinary people. His column, Common Voice, became the testing ground for a new kind of news and columns syndicate which took off first under the Free Press Journal at the time one of the founders of The Billion Press, Jagdish Rattanani, worked there as the Business Editor. The initial conversations were between S S Tarapore, and  journalists Jagdish Rattanani and Lekha Rattanani, and so began a journey that led to the birth of this Section 8 company.

Mr. Tarapore will also be remembered for his work as Chair of the Advisory Board on Banking, Commercial and Financial Frauds, Chair of the Discount and Finance house of India, two Capital Account Convertibility Committees (of 1997 and 2006), inquiry into the affairs of the Unit Trust of India in 2001 and the Reserve Bank of India Procedures and Performance Audit of Public Services, 2003-04. He was a member of the Banking Sector Reforms Committee, better known as Narasimham II Committee in 1998.

Mr. Tarapore was the author of several books. The last among them was titled Unified Financial Code: Is India Ready, a critique on the financial sector legislative reforms commission report. The book carried columns written as part of the Syndicate launched by Mr. Tarapore, which was the work that led to the formation of the Foundation of The Billion Press.

It is well known that inflation hurts the weakest segments the most and hence if the choice is...

The central anxiety, for quite some time, has been the acceleration of inflation. Inflation is...

To the Common Person, monetary policy appears incomprehensible, but it is important that we have...

Mr Tarapore had a 'brilliant sense of timing'

A strict disciplinarian, SS Tarapore, passes away at 80

A banker and a gentleman

A great central banker and a gentleman

Mr Tarapore had a 'brilliant sense of timing' A strict disciplinarian, SS Tarapore, passes away at 80 A banker and a gentleman 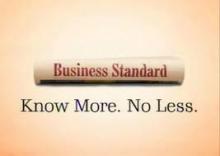 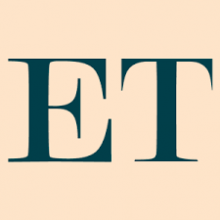 A great central banker and a gentleman