In a way, Kala Nagar and adjoining buildings are highly privileged because of the Thackeray presence.  A sound barrier is put up between the area and the Bandra Kurla avenue. And to prevent flooding, special pumps are installed to throw out water on to the avenue. Noticed this recently when I saw the water pipes jutting out of the sound barrier on to the footpath on the side of BKC.

Not for common man

But the common people’s lot is worsening despite proximity to the chief minister’s residence, the district collector’s office  and headquarters of MMRDA and MHADA. This area with a growing population is poorly served by public amenities. MIG club has privatized, to a great extent, the big ground which it is supposed to make accessible to common people.  I saw some common people there doing yoga early in the morning but otherwise, it remains out of bounds for common people. The lack of proper bus access to Bandra and Kurla railways station raises extremely serious questions about  these organisations and shows their extreme contempt for common people.

There is so much talk of infrastructure , especially in Mumbai. But most political parties themselves lack premises, infrastructure of their own. The MPCC is an exception. At Dadar, it was a pleasure to see the Maharashtra Pradesh Congress office (MPCC) Tilak Bhavan at Kakasaheb Gadgil Marg after a long time. Gadgil was a minister in Nehru’s first cabinet and a major party leader from Pune. The Mumbai Congress office at Azad Maidan, Shiv Sena and BJP office near Mantralaya have come up much later and are all on government land. The Shiv Sena Bhavan at Dadar has now become a landmark.  Of course, the Mumbai Congress had its own good premises near Grant Road for many years during the days of the freedom struggle but it has fallen into disuse.

The two storeyed Tilak Bhavan has some old world charm with its well designed structure. There is a big  portrait of Rahul Gandhi on one side of the building and of state party chief Nana Patole on the other. But one does not hear of much activity taking place. It seems to be confined to the Nariman Point office. The Communist party and its trade union outfits at one time owned a lot of property in Mumbai from where sterling work was done for the masses.

One of the most forlon sites in Mumbai is the Parsi sanatorium at Bandra Bandstand.  It is a derelict, crumbling, abandoned yellow coloured two storey structure with wooden balconies set deep inside the sprawling compound.

On the positive side, there is a lot of green space with wild shrubs, unmolested by human beings for ages. There is a faint inscription at the gate mentioning the name Shirinbai Cama convalenscene home for Parsi women and children.The plot of 4248 sq m was given on lease by the government in 1951  at an annual fee of Rs. 4065. I wrote about this a few weeks ago and it was reported on Nov. 14 in Times of India that the Parsi trust has sold the property for Rs. 350 crore.

In a way it was a relief to have some green open space though it was not accessible to common people. Perhaps, a way should have been found to maintain such spaces and make them accessible. The government may get a few crores by way of commission for this deal for releasing the lease land but through such transactions the city loses vital pieces of land which should belong to common people and be used for public projects. We have lost a lot of green cover as the two municipal parks in Band Stand have been heavily concretised in the name of development. 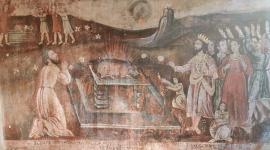 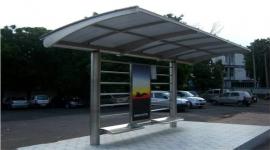 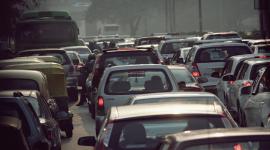