On pain, dying and suffering

This is a true story.

The young woman was squatting on the floor, with a two-year-old semiconscious child on her lap and suffering clearly visible in her eyes.

The child had been in and out of consciousness for all of the last six months.  An infection in the child’s brain had left him semi-conscious, suffering continual pain from muscle spasms.  All these months, he had been fed through a tube, which went through the nose into the stomach.  But since the last admission to the intensive care unit, he had been irritable and kept pulling the tube out. His arms had been tied up with splints; but he had managed to get the tube out yet again.  The doctors felt that his life could be sustained only by inserting a catheter in to the neck for feeding him through the vein. Neither the doctor nor the family knew where the money was going to come from. It was going to be expensive. The mother had refused consent to the procedure. That’s why they felt she needed the counseling and called in the palliative care doctor. Palliative care courses always included communication skills, while medical education in general did not.

The doctors felt that his life could be sustained only by inserting a catheter in to the neck for feeding him through the vein but the mother had refused consent to the procedure.

The doctor kneeled before the duo. The mother looked up, face inscrutable. “The doctors told you that the child needs a tube into his neck?” he asked gently.

The inscrutability vanished; defiance took its place. She said, her voice firm, “I will not allow my baby to be taken away from me again. I will not let them poke more needles into him. I know he is going to die. He will die on my lap”.

The doctor sat beside her. This was going to take time. He just sat there, not saying a word.

It was a minute before she spoke again. “I can tell when he is suffering more and when less. Every time he is taken away from me into the ICU, he comes back after a few days as a changed person. Angry. I can tell. Angry with me for deserting him. It would be at least a week before his face softens a little bit. They think I am imagining it. I am not. I know. I am his mother. I can tell from every movement of his body.” The anger now gave way to tears. “I have only one wish. I should have the strength to fight them when they try to hurt him more. Let him die in my lap”.

Somewhere along the way, artificial life support to stretch the dying process out became the norm for anyone dying with any money in the pocket.

No one in palliative care would find such a conversation unusual. Time and again they find that people want to talk about death and need help to come to terms with it, while doctors avoid the subject. Doctors feel compelled to keep the heart beating, even if existence is full of suffering for the person and even when there is no chance of coming back to life with any reasonable quality, any enjoyment, any possibility of being truly alive.

The Indian Council of Medical Research (ICMR) guidelines of 2018 say that a doctor’s duty “is to mitigate suffering. It is to cure sometimes, relieve often and comfort always. There exists no exception to this rule.” But this is not known much and doctors are confused about their primary duty of care.

Such confusion is only one generation old. Till access to artificial ventilators increased in the 1980s in India, we used to be more accepting of death. The role of ventilators is to support the breathing process temporarily till recovery from the disease happened. But somewhere along the way, artificial life support to stretch the dying process out became the norm for anyone dying with any money in the pocket.

We became a death-denying society. We now think it is normal to die in an intensive care unit.

Gradually, public perception also changed. With nuclear families becoming the order of the day, death became a stranger to be feared and to be fought at all costs. We became a death-denying society. We now think it is normal to die in an intensive care unit. A humane death surrounded by relatives with words of farewell, a few drops of water for a parched throat and a final hug - all that is now reserved for the poor who cannot afford expensive hospitals.

But now, the pandemic has forced us to think about death. We try to suppress the fear, but it breaks through. Millions all over the world now live with the trauma of the sudden loss of a loved one, with no time for a goodbye or for dealing with unfinished business. This causes pathological grief – grief taking the form of a disease occupying every bit of the person’s mind space and making the person unable to function.

August 24 marks the death anniversary of Dr Elisabeth Kubler-Ross, an American psychiatrist who dared medical students and doctors to be brave enough to think about death, to face it, and to help people go through that inevitable consequence of life. She was the author of some 20 books, among them the groundbreaking ‘On Death and Dying’ published in 1969

We need an army of people with the skills to do counseling. They are out there; the medical system needs to welcome them into the healthcare system.

With the pandemic before us, we need to think about the immediate future that would leave a huge population in pathological grief, unable to function. They need support; the medical system needs to develop the ability to deal with it.  This is not a job for doctors and nurses alone, though they also need to understand and help people in grief, bereavement.  We need an army of people with the skills to do counseling. They are out there; the medical system needs to welcome them into the healthcare system.  If allowed to, psychologists and medical social workers could take the lead and train volunteers from the community.

No scan can demonstrate grief.  No kind of imaging can make depression and suicidal thoughts visible.  If we dare to look at suffering and to do something about it, the positive impact would be not only for the bereaved adults. A subsequent generation, then, would have a chance of growing up without too many scars on their psyche.

For this, India would need to accept the World Health Assembly resolution of May 2020 to include palliative care in COVID strategy. We should provide online training to healthcare providers and improve access to essential medicines including controlled medicines for pain relief.

We should provide online training to healthcare providers and improve access to essential medicines including controlled medicines for pain relief.

The message that life when forcibly elongated with methods offered by modern technology is not always a good goal can also go to all our citizens. In this context, there was a fledgling movement among some elderly to write a “Living Will”; the noted ENT surgeon Dr. L H Hiranandani wrote such a document running into 16 pages when he was fit, describing how he should be treated in case he has problems in his old age. The Federation of Indian Chamber of Commerce and Industry (FICCI) and End of Life Care in India Taskforce (ELICIT) have together created guidelines for end of life care decisions.

A 538-page Supreme Court judgment in 2018 accorded legal sanction to such a “living will”, which would have to be a document prepared by a person when in good health specifying whether they would like to use artificial life support at a later date when the person is unable to decide for himself or herself or is in a vegetative State.

The medical fraternity needs to be educated and sensitised to the idea of palliative care, a subject that has been ignored for long in India.

But while individuals may write such a document, it is the medical fraternity that needs to be educated and sensitised to the idea of palliative care, a subject that has been ignored for long in India.

The child stayed in the arms of the mother and this is where the two-year old passed away two weeks later. This happened in a hospital in Trivandrum. The case is from pre COVID times. There was a sense of peace and some relief from pain – for the child and the mother. It is a lesson that should be taught more often to students of medicine and all care givers.

This diary was published by The Hindu online on 24082020. See: On pain, dying and suffering 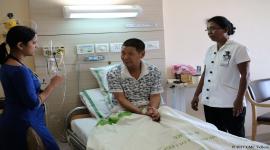 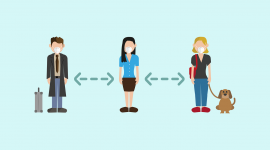 Conversations with an epidemiologist: Plasma therapy
(Over most of April and May, as the Covid-19 pandemic unfolded in India, growing from just a... 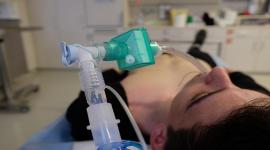 Ventilators can heal but also harm
Ventilators are not entirely easy to understand, even for most doctors.  A relatively small... 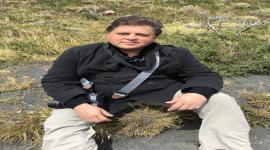 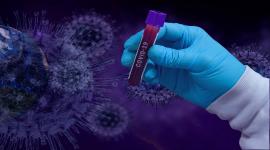