By Vijay Dixit and Aseem Shrivastava

Over the last one month since we Indians got ‘locked’ down inside our homes, we have become an audience to major, radical changes never seen by living humans.

While fastening our gaze on the dark side of a crisis, we tend to ignore what it can offer us by way of light and hope. There is little disagreement that due to a significant pause in a single species' aggressive economic life, the earth’s ecology has everywhere got time to breathe easy, at least for a while. It is in this context that one needs to explore the lockdown ecology of both rural and metropolitan India as we experience it.

One of us is stationed in metropolitan Gurgaon, the other in a Central Himalayan village. Our experiences are so similar, yet so different. 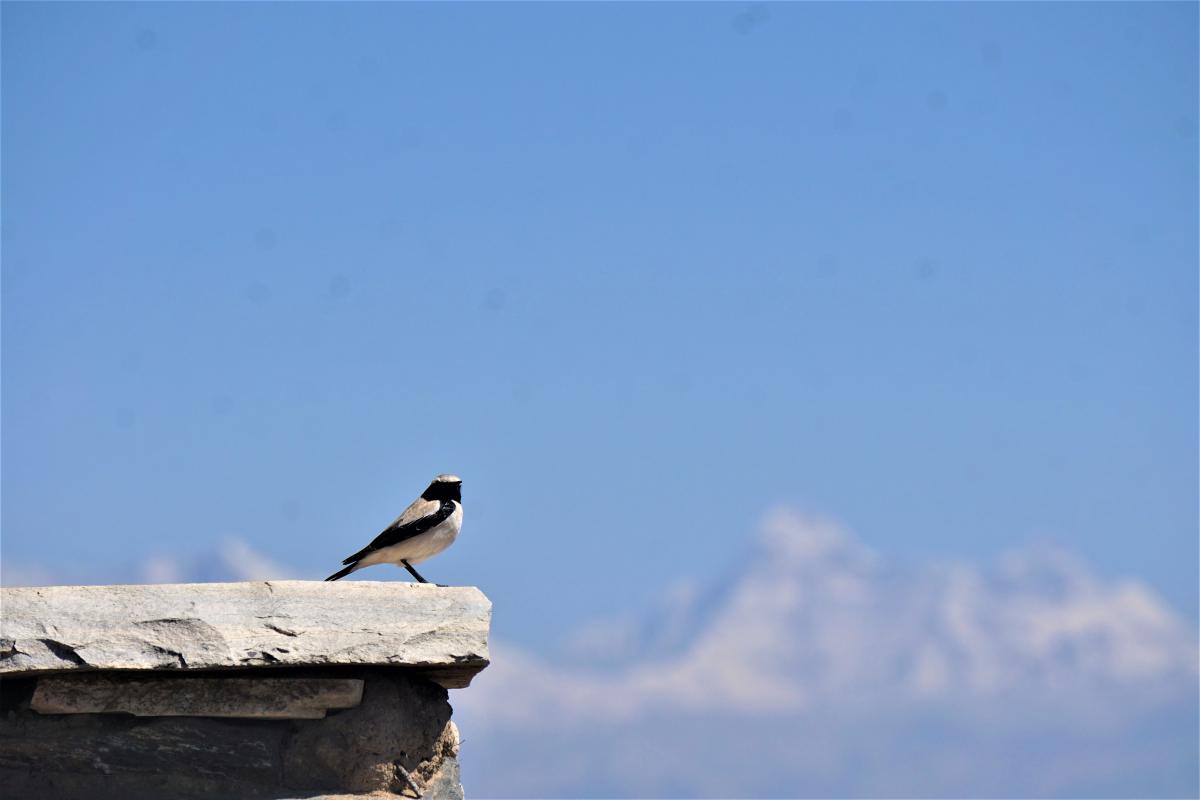 The Desert Wheatear pictured here prefers dry landscapes (Western Northern plains in winter and breeds in Ladhakh and other high-altitude dry areas nearby), but was found in the midst of a dense moist oak forest at an altitude of 2,200 meters. This is one of the very few pictures of the bird taken in Uttarakhand, as it is a vagrant here (Pic by VIJAY DIXIT, dated 06Apr2020).

In normal times, the village is host to severe water distress during summer months due to a clutch of causes. Over a decade or so, water availability has gone down fast due to the rapid drying up of natural springs. With booming travel and hospitality industries, the number of hotels and resorts has in recent times increased and attracted more tourists every year, raising the regional demand for water sharply. The growth of hill resorts has also led to a huge rise in water pollution downstream, with a parallel jump in accompanying water-borne diseases, no less than a sharp rise in solid waste. Interestingly, due to the latest travel restrictions and extra winter rains, garbage dumps have vanished for the time being. People are perceptibly healthier this spring because the water is so much cleaner. The streams and springs have enough water this summer to sustain the needs of local communities. Women and men don't have to walk for hours in a tough terrain carrying water to their homes. This saves them time and energy, which are being put to use in their fields to grow vegetables and crops. This is reducing their otherwise growing dependence on the market.

People here are drawing upon locally available material (especially stones) for building necessary structures, instead of depending on the cement and brick markets of the city, thus also inadvertently reducing their carbon footprint. Children are devoting their free time in search of a little-known medicinal herb called ‘Ghirol’ which can be cooked and eaten as a prophylactic against various ailments. The crisis has proved that for most of their daily necessities, villagers in fact do not have to depend on the market, and thus on the money required to navigate it. Moreover, they can find a peaceful and ‘shared’ solitude in village life, instead of letting distress build up, leading to more migration to the already stressed cities.

Self-reliance activities are on the rise as people are learning from their old ways of living, amid restrictions on a whole host of erstwhile economic activities which imposed great stress on rural environments and habitats. Inevitably, the unintended beneficiary of this is the local ecology. The natural world is finding its rhythm by restricting its wickedest creatures to their man-made artifice. This is the biggest learning here.

A microorganism has made us act in wise ways which countless carbon-heavy global and national environmental conventions and conferences failed to do for years. In normal times, many people, after coming across an ecological issue, have helplessly and rhetorically exclaimed to each other - ‘What to do!’. Well, the novel coronavirus is making us realise what happens when we stop doing things we were not supposed to in the first place!

The lockdown is giving us an opportunity to reconnect with and renew our relationship with our natural surroundings, taken for granted, till very recently, in the onrush of modern economy and society. Through the medium of the globally spreading virus, Mother Nature is communicating with us and making us listen to natural rhythms and sounds, long forgotten till so recently. Rare birds like the Desert Wheatear, never before observed in these parts, can be seen in the clear background of the Great Himalayan peaks of the Nanda Devi Sanctuary.

A microorganism has made us act in wise ways which countless carbon-heavy global and national environmental conventions and conferences failed to do for years. In normal times, many people, after coming across an ecological issue, have helplessly and rhetorically exclaimed to each other - ‘What to do!’. Well, the novel coronavirus is making us realise what happens when we stop doing things we were not supposed to in the first place!

The viral interruption is also, in effect, helping build the community spirit which has long been laid low by the invasive dominance of the marketplace. Again, no amount of hypocritical sermonising by the World Bank about ‘self-help groups’ could achieve what an insignificant, invisible creature is enabling. Going back to ‘normal’ post-lockdown times looks seductive, but nature is ever ready to send us newer, and perhaps more dangerous reminders than the novel coronavirus. The virus is here to negotiate without harsh terms and conditions. What seemed a ‘romantic luxury’ till just six weeks ago is not only not impossible any more. It may be the only way ahead. The way backward may be the way forward, if our wisdom is awakened by the opportunity we have been granted by Providence.

When I stepped out for my hourly morning walk on the terrace garden last week, I realised that it had drizzled lightly in the wee hours. I was stunned to see a dancing peacock! When I told my mother about the rare sight I had just experienced, she told me that this was not uncommon some 20 years ago, when my parents first moved to DLF in Gurgaon. To see such a sight within spitting distance of the Sikanderpur metro station was uplifting and exhilarating, the Harshringar, flowering profusely out of season (April matching the weather and temperatures of November for several weeks), providing a poetic background to the dancing Mayur.

The bird-calls of the morning have become more melodious, even as their intensity and volume has grown. There is a loud echo that circles out in ripples from such sounds. The baseline threshold of everyday industrial noise and the hum of the traffic on MG Road have been quietened by the Novel Coronavirus. The absence of horns all day, and especially the screeching sounds of racing cars and motorbikes on weekend mornings is a welcome relief. Listening to human voices in such surroundings carries a deeper timbre of meaning.

From the loud forces of invasive technology, nature and humanity alike have taken the place which was always their rightful due. Dignity has been restored to life once more. It remains to be seen if such a restoration can be rendered permanent. Everything depends on whether the lessons learned from this Corona pause are kept and internalised by metropolitan humanity in the future. This, in turn, depends upon the length of time for which this global interruption lasts. The longer this period of time is, the greater the chances that these experiences and lessons will be burned into human collective memory to ensure the well-being of the future.

The air in Gurgaon has never been cleaner or clearer. After a drizzle one can see every drop on every leaf of the Ashoka trees that line the boundary of my parents’ home. One can take in lungfuls of fresh air with the same confidence as one quite normally does in the Himalayas.

As if to compensate for the sorrows and sufferings to which so many of the country’s most vulnerable people have been condemned in order to ensure the safety and security of precisely the metropolitan, globally agile classes responsible for bringing in the virus into the country in the first place, the stars shine brighter over this sad land. It is as though they share in the sorrow of the people.

The sky above Gurgaon is finally, unbelievably, blue again, just like in the Himalayan village. When shadows lengthen in the late afternoon and evening descends on the day, a shining bright golden Venus makes its appearance in the Western sky. The night sky is as clear in Gurgaon nowadays as it quite normally is in the Himalayas. With nightfall, not far from Venus, the stars of the Orion constellation gradually light up the sky to the southwest. At the very top is the bright orange Betegeuse. To its south is the triad of stars known as the Belt of Orion. And below the Belt of Orion, the brightest star in any night sky, is the magnificent celestial body called Sirius, whose rising marked the beginning of the new year in the ancient Egyptian calendar.  I had never before imagined that I would live to see a day when one would be able to feel the cosmos even in the blinding interference of the daunting halogen glare of Gurgaon.

The lockdown was poorly anticipated and planned and announced suddenly, taking scores of the millions of the country’s migrant workers by cruel surprise, leading to perhaps the biggest exodus from cities the world has seen since the Indian Partition in 1947. Millions took to the expressways on foot, or on bicycles and thelas in order to somehow make their way home. Many have died on the way there. The way the country has been made to pay the price for the government’s own inertia in the several weeks prior to the sudden taalabandi announced by the PM on the evening of March 24 is criminally unconscionable.

As if to compensate for the sorrows and sufferings to which so many of the country’s most vulnerable people have been condemned in order to ensure the safety and security of precisely the metropolitan, globally agile classes responsible for bringing in the virus into the country in the first place, the stars shine brighter over this sad land. It is as though they share in the sorrow of the people.

This diary was published in the online editions of The Hindu newspaper. Read: Nature takes a deep breath, guarded by the Coronavirus 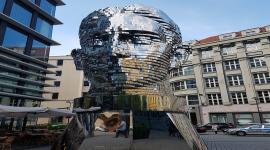 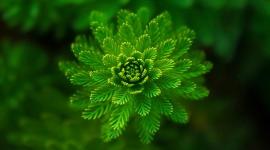 A new economy that is good for everyone
Covid19 has revealed a dangerous disease the Indian economy is suffering from---“The twin evils... 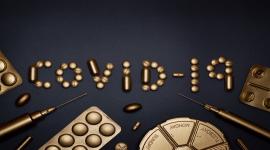 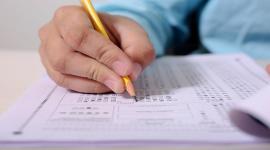 Our education system fails many tests
By Ishan Chauhan Accidents happen. They are accidents because they are unforeseeable. When a friend...