As a writer on intelligence for the last 27 years, my objective has been to demystify and deglamourise the subject for the public.  Like any other branch of governance, intelligence collection has also been part of every government from time immemorial, the only difference being that spies seek information in an unconventional way and operate behind a cloak of secrecy. Unfortunately, the public gets a distorted picture through media embellishments and at times by intelligence officers themselves, some quoting mere gossip and juicy high-level politics, leaving an impression that only they know certain secrets of the country.

An example to be quoted is the much-acclaimed movie “Bell Bottom” (2021) on the hijacking of IC Flight 421 in 1984 which is claimed to have been “based on true events”. The movie shows a Rambo-style RAW-agent securing the custody of hijackers from a foreign country against all odds. The truth is that the transfer of hijackers was done through the commendable efforts of a senior Indian diplomat and the contribution by intelligence agencies was merely to ensure their security back to India.

Unfortunately, the public gets a distorted picture through media embellishments and at times by intelligence officers themselves, some quoting mere gossip and juicy high-level politics, leaving an impression that only they know certain secrets of the country

That is why I am wary of superlative headlines while describing apprehension of “master spies”. The latest to be included in that category is Ana Montes of the Defense Intelligence Agency (DIA), an American lady who had spied for Cuba. US media started describing her as “the most damaging spy in US history” in January 2023. The reason was perhaps the release of a book “Code Name Blue Wren” by Jim Popkin on her.

In actual fact, this case is old. She was arrested in 2001 on charges of spying for Cuba, sentenced in 2002 to 25 years in prison but released after 20 years in 2023 on good conduct. Further, Cuba would not have caused so much harm to America as the book blurbs would claim. In my book ‘Intelligence Over Centuries’, I had quoted American documents, declassified only in 2016, to reveal how Fidel Castro was keen to bridge relations with America even after the 1961 Bay of Pigs fiasco, when the US was in a weak position as the Cubans were holding 1,202 mercenaries and 5,000 of their families. This was apparent during his long talks with the secret intermediary James B Donovan during 1962-63.

In the intelligence world, there is an unwritten axiom that agents would be planted when the relationship is “normal” while counter intelligence of the home country would be extra alert to flush out such moles

That does not mean that Cuba would not spy on America. Even Israel, the friendliest country of America, had spied on the latter as the Jonathan Pollard case (1984-85) would indicate. In the intelligence world, there is an unwritten axiom that agents would be planted when the relationship is “normal” while counter intelligence of the home country would be extra alert to flush out such moles.

How do we grade the so-called “master-spies”? The case of US Naval Radioman John Anthony Walker gives some clues. In 1985, the late Casper Weinberger, then US Secretary of Defence, branded Walker as the “master spy” for causing maximum damage to US security by supplying sensitive data on nuclear weaponry to Soviet Intelligence between 1967 and 1984. He passed on American sensor data along with their tactics and “readiness” on the surface/ submarine/ airborne training system. He also updated the data from time to time. Boris Solomatin, then KGB Chief of Washington DC station in 1967, who “handled” Walker had told American author Pete Early in 1988 that Walker could help them to “understand and study” how the Pentagon “thinks”.

In strategic intelligence this is the most important computation that rivals seek: how would a country behave in a particular situation?

In the same year, Los Angeles Times named Coomer Narain alias Chittur Venkat Narayan as the “master Indian spy” who could sell India’s security secrets for 25 years, although he was not part of any security establishment. Reams of our strategic papers were sold by him to foreign embassies unhindered by any check at any level. This would indicate that spies who cause maximum damage to the country need not be technical wizards but ordinary purveyors. Narain, who died in 2000, was a regional manager in a private firm.

Some media releases said that she had made a clandestine trip to Cuba, travelling through Spain and Czechoslovakia using fake passports and wearing different disguises

In 1994, it was the turn of a top CIA official Aldrich Ames to be designated as the master spy for the Soviet Union for revealing nearly 30 American agents in the Soviet Union involved in 100 covert operations during nine years that he worked as a spy. However, Solomatin, the KGB head in Washington, had told Pete Early, the US author, that they gave lesser importance to Ames than John Walker in strategic intelligence.

Ana Montes never removed any documents from work, either physically or electronically

Ana Montes, the spy now in the news in the US, had Puerto Rican roots but was born in 1957 in West Germany where her father was working in the US army. The family returned to Kansas and she had her education in America. In 1980, she was hired as a typist in the “Freedom of Information Office” of the Justice Department. Later her services were hired by the Defense Intelligence Agency (DIA). It was at this juncture that a Cuban intelligence talent spotter took cognisance of her critical views on US foreign policy.

It was her ideological alignment towards South America and her criticism of US foreign policy that made her a mole for Cuban intelligence Direccion Generale de Inteligencia (DGI). Early in the 1980s, she developed sympathies for the “Sandinistas'', the Cuban backed revolutionary Socialist Party which was battling for the control of Nicaragua. She was disappointed with the Reagan Administration’s covert help to the CIA backed “Contras” who were trying to topple the Sandinista Government. A talent-spotter friend suggested to her that she could help Sandinistas by passing on secret US papers to them.

According to this story, she readily agreed to go to New York to meet a representative of the Cuban DGI on December 16, 1984. From that day till ten days after the 9/11 attack in 2001, when she was arrested, she was spying for Cuba. Some media releases said that she had made a clandestine trip to Cuba, travelling through Spain and Czechoslovakia using fake passports and wearing different disguises. It was claimed that the DGI taught her the Soviet tradecraft on how to send secret communications, how to lose a tail, even how to beat a polygraph by managing blood pressure through the controlled clenching of the sphincter muscle.

Montes never accepted any money from Cuba, except for reimbursements for some expenses

However, the FBI's restrained public release gave reasons for her arrest immediately after 9/11. She was in no way connected with 9/11 terrorist strikes but it was considered dangerous to have a suspected spy within the intelligence community who would have access to “America’s planned invasion of Afghanistan the following month”. Ana Montes never removed any documents from work, either physically or electronically. She memorised the contents, typed the contents into her laptop at home, transferred it to encrypted disks and transmitted them to Cuban handlers via shortwave radio.

The FBI also said that Montes never accepted any money from Cuba, except for reimbursements for some expenses. Her motive was pure ideology. However, she confessed to having revealed the identities of four undercover American intelligence officers working in Cuba. She pleaded guilty in 2002 and was sentenced to 25 years in prison.

(The writer is a former Special Secretary, Cabinet Secretariat. His latest book is ‘Intelligence Over Centuries’. Views are personal) 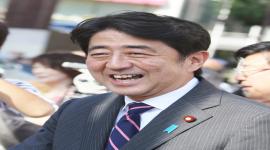 Shinzo Abe: Lessons from half-a-century ago
The assassination of former Japanese Prime Minister Shinzo Abe on July 8 in Nara City reminds me of... 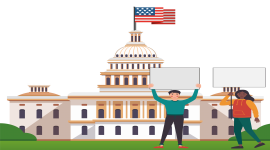 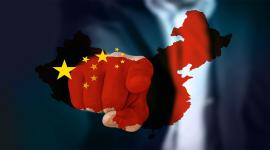 Understanding the Chinese border incursions
It is disappointing to find Indian websites not easily yielding the text of the epoch making 1993 “...