Civilisational values are conflicting while national soccer teams compete in Qatar’s stadiums. Qatar bans alcohol while Europeans want their beer when they cheer. Western players supporting LGTBQ rights want FIFA to grant them the right to wear “Love” bands to shame Arabs who have conservative sexual values. The clash between fundamental values of conservatism and neo-liberalism, which has spilled into the sports arena, is also infecting trade between developed and developing countries. It is creating divisions within Western nations and ethical dilemmas for business leaders.

Influenced by corporate lobbies in their countries, as well as by neo-liberal economics ideology, Western negotiators want labour markets to be freed from the socialist ideology of fundamental human rights of all workers, while demanding enforcement of LBGTQ rights

Negotiations about labour standards are stalled in the ILO where European nations want trade agreements to specify the standards of labour rights their trade partners must adopt. They want evidence that LBGTQ rights are enforced. Labour representatives of developing countries are exasperated. They would much rather Western nations demand that all governments enforce basic human rights of workers for minimum wages, and rights to form unions to strengthen their bargaining power. These are rights that all workers in developing countries, whatever their sexual orientations, must have. On the other hand, Western negotiators are reluctant to support general workers’ rights. Influenced by corporate lobbies in their countries, as well as by neo-liberal economics ideology, they want labour markets to be freed from the socialist ideology of fundamental human rights of all workers, while demanding enforcement of LBGTQ rights.

Western countries have forced open other countries’ economies for their own businesses, often with brute force

Conservatives everywhere want preservation of their own cultures safeguarded and their own boundaries protected. Conservatives in Western countries see immigrants from other cultures as pollutants of their values and as encroachers in their economies. Developing countries say this is hypocrisy. Western countries have forced open other countries’ economies for their own businesses, often with brute force. With it they have splashed around Western fashions and ideas. This is the tragic history of colonialism.

A conflict of values

Neo-liberal values are clashing with conservative values within Western nations. Both conservative Republicans and liberal Democrats in the US expound “family values”. But they have very different concepts of the roles of family members and relationships amongst them, as George Lakoff explains in Moral Politics: How Liberals and Conservatives Think. Conservatives envision families with differentiated roles for women as nurturing mothers and men as protective fathers, and with children respecting the authority of their parents to discipline them. On the other hand, liberals envision families in which all—men, women, and children, have liberties to “be themselves” and “do their own thing”. Lakoff reminds policy makers in liberal democracies that “People do not vote in their self-interest. They vote their values. They vote for who they identify with.” People identify with people who look like them, who think like them, and who have the same histories and cultures.

“Do unto others as you would have done unto yourself” is an ethical principle in all traditions. Judgements about who is right and who is wrong cannot be based only on one’s own version of human rights: they must include others’ perspectives also. All humans, rich or poor, formally educated or illiterate, old or young, men or women, want their dignity safe-guarded. They want the right to be themselves so long as they are not harming others. They want respect for who they are, even if they are different.

The principle that the purpose of a business is to make profits for investors makes it difficult for business leaders to take responsibility for the environmental and social harms their businesses cause. According to corporate law the purpose of a limited liability business corporation is to enable investors to make profits. Therefore, regulations for protecting the environment and safe-guarding worker’s rights are impediments to the ease of doing business.

Capital rights are trumping human rights everywhere. Powerful countries and wealthy corporations (some with incomes exceeding the GDP of many countries) are setting the rules of global trade and finance. History cautions Qataris and others in the Middle East to be wary of Western campaigns camouflaged as human rights campaigns. Behind the scenes, large Western petroleum companies, defense industries, and financiers call the shots. A democratically elected government in Iran was toppled and replaced with a brutal monarchy. A dictatorial leader was toppled in Iraq ostensibly to restore democracy. Meanwhile, European settlers, supported by Western powers, are forcefully displacing Palestinians from lands they have lived in for thousands of years.

The G20 represents not all but many more than the powerful G7. India is the next chair of the G20. There are great expectations that India will bring governments, civil society, and business organisations of the world together to develop more equitable global solutions

Humanity must play as a team. The tired West must pass the ball to others to score the next goal. Those who have the power to set the rules of the global game make rules favouring themselves. The G7 governments represent less than 10% of the world’s population. The G20 represents not all but many more than the powerful G7. India is the next chair of the G20. There are great expectations that India will bring governments, civil society, and business organisations of the world together to develop more equitable global solutions to problems of climate change, increasing inequalities, health pandemics, and persistent poverty that affect the poorest people of the world the most.

Big businesses sponsor the World Cup and global meetings like the UN COP for climate change. They also influence policies by lobbying governments and presenting ideas developed by think tanks supported by them. The time has come for global policymakers to apply Mahatma Gandhi’s principle of antyodaya. While making new policies they must think about impacts on the lives of the poorest and least powerful people.

Time is running out. A new breed of upstarts in business is necessary, who not only have compassion for those at the bottom of the power pyramid, but also have the courage to demand change in business ethics within their own business and financial community. Courageous business leaders must lobby for policies that will first benefit people who have the least, instead of policies that will make rich people and large corporations even wealthier. People and the Planet cannot wait much longer for benefits from the flow-up of Profits to trickle-down faster.

(Arun Maira is the Chairman of HelpAge International and the author of Transforming Systems: Why the World Needs a New Ethical Toolkit) 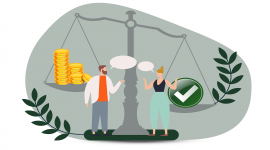 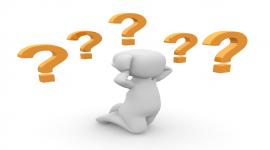 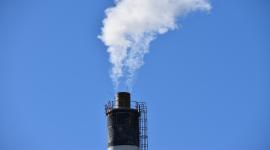