Indians got freedom on 15 August 1947 and responsibility on 26 January 1950. Freedom and responsibility go together and are two sides of the same coin. One cannot exist without the other. Being free means not being ruled by anyone else. It establishes our sovereignty. Being responsible means setting the rules on how we will conduct ourselves as a society. These voluntary rules have to be codified from the beginning, and we take an oath that we will abide by these rules. The rules also include the rights of the people and their responsibilities.

Its formation benefitted from all other Constitutions that preceded it, such as the ones from the United States and France, which are older democracies

This codification is the foundational document of our republic, whose final draft was formally adopted by the constituent assembly on 26 November 1949.  That is why we celebrate 26 November as our Constitution Day. In about two months, our Constitution will be 73 years old. It is one of the finest Constitutions in the world. Its formation benefitted from all other Constitutions that preceded it, such as the ones from the United States and France, which are older democracies. The United Kingdom does not have a written Constitution.

Our Constitution is not merely a synthesis or a “copy paste” of those other documents that came before it. It distilled what were some of the best features and incorporated all of them into something which is uniquely Indian. The chairman of the drafting committee, also called chief architect of India’s constitution was Dr. Ambedkar, whose speech of 26 November 1946 is worth reading again and again. That speech is the culmination of the drafting process, which took nearly two years and intense, free, and frank debates. Those debates too are worth reading, not just for scholars of history, but for all who care about India’s sovereignty, its democracy and the republic.

Our constitution has been amended more than a hundred times in the past 73 years. This does not mean that it was flawed at the beginning. It means it is a living document, and has enough flexibility to accommodate changing times, changing preferences of society

All the debates of modern times, whether they are about the uniform civil code, whether India should have a Hindu ethos-based Constitution, whether the discussion is about the balance of power between the Centre and the States, or about how much protection should be given to minorities, or about the limits to freedom of expression and so on, all these subjects have been thoroughly discussed during those debates. Of course, the constitution debates did not pronounce a final word on all debates for all times to come.

Even then, when it was drafted, the Constitution did not represent a compromise, but a consensus. That consensus will last a long time due to the process that drove it. However, our constitution has not been frozen forever. It has been amended more than a hundred times in the past 73 years. This does not mean that it was flawed at the beginning. It means it is a living document, and has enough flexibility to accommodate changing times, changing preferences of society. As Professor S. N. Mishra wrote recently, despite those many amendments, the key amendments are only 10, roughly the same that the United States has seen in two and half centuries.

What would you consider the most important part of the Constitution? It has got to be the fundamental rights. These are not God given nor do they come from any scriptures. As Dr. Ambedkar said, these are the gifts we have given to ourselves. But these rights are not absolute rights as enshrined in the American Constitution. They can be qualified by the State. The most essential rights are the right to life, freedom of expression, freedom of mobility and the right to not be discriminated against. Parliament of course has the power to amend the constitution, including constraining some rights. This however is subject to judicial review. Parliament’s power to amend does not meant that it can alter the basic structure of the Constitution itself.

This was the famous 1973 judgment of the Supreme Court, a verdict which passed with the thinnest of majority. Amendments (such as the recent one granting a reservation quota for economically weaker sections or EWS) are possible, but Parliament cannot pass laws which go against the basic structure doctrine. Also, our constitution gives the right to the Supreme Court to review every law passed by Parliament. In this respect it is not the Parliament which is supreme (as in the U.K.) with unlimited rights to alter the constitution. The constitution is superior to the Parliament. This is an important feature and that is why many politicians call the Indian Constitution the Holy Book of our democracy.

Another important aspect of the constitution is the protection of minorities. There are abundant safeguards to protect minorities against the arbitrary use of power by the majority. As Dr. Ambedkar said, the majority has a duty toward minorities, as the latter have chosen to be under majority rule.  One must remember that the ultimate minority is the individual. And individual freedoms and rights must be protected at all costs. The Constitution gives primacy to individual rights, not collective rights.  This was a major debating point, whether collective identity like village councils (or khap panchayats) would supersede the right of the individual.

The Constitution puts the individual’s right above everything else, and certainly above collective rights. This is an ongoing tussle

Dr. Amebdkar was firm on this point, that even though village communities have survived for millennia, one cannot romanticise the village republic. Indeed, they have led to ruination of India, he asserted. The Constitution puts the individual’s right above everything else, and certainly above collective rights. This is an ongoing tussle. Finally, we must recollect the prophetic words of Dr. Ambedkar from that speech of November 26. He said we have a contradiction, that in political life we have equality (one person one vote) but in social and economic life we have inequality.

In the past seventy years inequality has worsened in every conceivable dimension, be it income, wealth, gender, access to good quality education and healthcare and now even digital inequality

If we don’t address this, he warned that those who suffer from increasing inequality and deprivation will blow up the magnificent edifice of democracy. His words were spoken in 1949, almost twenty years before the first explosion of Naxal activity. If anything, in the past seventy years inequality has worsened in every conceivable dimension, be it income, wealth, gender, access to good quality education and healthcare and now even digital inequality. The founding principles of our Constitution lay stress on justice, liberty, fraternity and equality. The latter does not mean perfect equality, but at least means reducing the widening inequality in society. We must rededicate ourselves to those founding principles as we celebrate one of the most glorious Constitutions in the world. 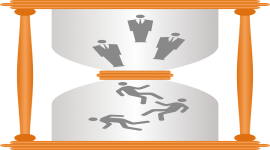 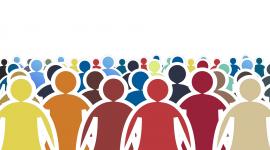 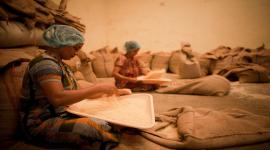 Free food scheme raises some questions
Christmas brought good cheer to 81 crore Indians as the government announced that it was making all...