In the world of business, one of the less discussed issues is the sharp contrast between the ideals of free enterprise on the outside and the almost totalitarian way in which the enterprises so built are run on the inside. The ask is freedom for business to operate sans controls. The result is the crushing of freedom for workers and managers and many other players in the system.

Elon Musk, with Twitter under his belt, is the most spectacular example of this paradox – using supposed free enterprise to deliver purported free speech on a platform run by teams that are anything but free. Twitter employees now must live with diktats and commands, or face the inevitable from their new boss – “off with their heads!”

Musk has bought Twitter for USD 44 billion, and it may well be argued that this is his company and his personal money to build or destroy. Equally though, he has put his personal wealth on the line to make the case for free speech absolutism that immediately delivered what one report by the independent US-based National Contagion Research Institute said was a 500% rise in use of the N-word within 12 hours of his taking over.

The ask is freedom for business to operate sans controls. The result is the crushing of freedom for workers and managers and many other players in the system.

To quote another report by Monteclair State University, New Jersey: “The character of what Twitter will look like with Musk as the head remains speculative, despite his stated intentions. What is not speculative, however, is the extent to which his date of formal acquisition was celebrated by racist and extremist users on the platform.”

It can thus be argued that Elon Musk’s personal wealth is put to use in a manner that has increased hate speech, raising a host of questions on the rights, duties and responsibilities of the ultra-rich and mega corporations.

This has come amid a very tumultuous takeover, beginning with a host of firings across the line and such a wild kind of crowning that questions have been raised on the very viability of Twitter as a platform. It has brought huge concerns from regulators in the US, warnings from the EU watchdogs and worries that have led many employees, advertisers and users to rethink the value of being with and on Twitter. The firings have dismantled the carefully built set of content moderation teams that have over the years built some protocols and ways of working that, however imperfect, were at least geared to stop Twitter from descending into a Wild West of sorts. Think of a weapons store being deprived of its locks and controls, leaving the firepower open to loot and misuse.

In many ways, corporations work like control freaks; they readily seek socialist-style subsidies and concessions, often doing everything they can to kill competition, legislate wage control, fight against cheaper imports in the single-minded endeavour of maximising profits

The stomping of Elon Musk all across the nascent ethos of Twitter also serves to highlight the hold of shareholder primacy and privilege that is at the heart of a lot that is wrong with the capitalistic model and the way it has played out over the years. It points to the classic Friedmanite presentation on freedom and business. In the words of Milton Friedman: “In a free-enterprise, private-property system, a corporate executive is an employee of the owners of the business. He has direct responsibility to his employers. That responsibility is to conduct the business in accordance with their desires, which generally will be to make as much money as possible…” The words are from Friedman’s famous (and later widely debunked) New York Times Magazine article of Sep.13, 1970, which was headlined: “The social responsibility of business is to increase its profits.”

This is giving voice and control to the billionaires, not the community of ordinary citizens

While once popular in boardrooms, Friedman has long since been rejected as businesses extol the virtues of meeting wider stakeholder expectations rather than shareholder demands to the exclusion of all else. Musk appears to be a fan of the late economist though. Last year, he quoted the exact words of Friedman in condemning the “build back better” spending plan of the US President Joe Biden. The tweet said: “Nothing is more permanent than a ‘temporary’ government program.”

Yet, many of the advocates of free speech and unhindered competition and zero controls fail to see that the enterprises themselves are anything but places where free speech is tolerated, let alone encouraged. In many ways, corporations work like control freaks; they readily seek socialist-style subsidies and concessions, often doing everything they can to kill competition, legislate wage control, fight against cheaper imports in the single-minded endeavour of maximising profits.

Can Twitter employees come together, challenge the owners, raise their voice or even freely discuss the damage that the new approach might do to the organisation that, after all, they built? If the answer is “no”, then free speech is for the moneyed to buy up those who do not have the money, to impose their personal views, to amplify them and to put them to use on a personal agenda that may not work in favour of the communities these organisations say they serve. This is giving voice and control to the billionaires, not the community of ordinary citizens. Business would have served its interests to the exclusion of everything else.

Is it not a question of freedom of speech when workers of the acclaimed Musk enterprise, Tesla, are made to sign-off on silencing clauses in separation contracts, or when whistleblowers are sought to be silenced? How can a self-declared “free speech absolutist” like Musk, who is supposedly passionate about not stopping any voice from being heard, as is being claimed, stop employees from raising concerns, questioning policy and pointing to issues on safety, quality and waste? All of this is on the record in the case of Tesla, and cannot inspire confidence in Musk.

There are many Musk-kind phony pro-freedom ideologues around in business – what he does with aplomb and flamboyance and his care-a-damn approach is little different from what many large corporations and their leaders tend to do without the accompanying vaudeville – that is to speak about “doing good” but doing everything else to rake in the profits.

This is not without its consequences for business. It contributes to eroding wider public trust in big business, which serves to undermine business and raises new demands for more controls and more regulation – the exact reverse of what Musk and his ilk claim to stand for. 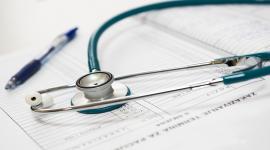 Chiranjeevi Yojana: Doctors against Right to Health?
A landmark piece of legislation that promises to make healthcare a fundamental right has run into...