The successful agitation of Gujarat, the ‘Patidar Andolan’, demanding reservation brought us to the 103rd amendment to the constitution of India, granting 10 per cent reservation on the basis of economic criteria. It is claimed that this reservation for economically weaker sections (EWS) is not based on caste. But taking into consideration that in India there is no class without caste, this reservation is without doubt based on caste and specifically for the so- called “forward” castes.

For the poor in India, irrespective of their caste status, the surest way to development is only through reservation

For the first time, the reservation policy has expanded the scope of reservation wherein the reservation for EWS also covers private educational institutions, irrespective of whether they are funded by the State or not. The UPA-I government had publicly stated its commitment to expand caste-based reservations to the private sector, but that has become history – and is rarely mentioned now in public discourse.

The social disability arising out of the caste system in general and the practices of untouchability in particular, brought about not only the structured under-representation of Scheduled Castes and Scheduled Tribes and the consequent inequality but also validated grounds for such inequality to perpetuate

The EWS reservation also covers recruitment in the public sector. Strangely, the eligibility criteria fixed is Rs. 8 lakh income (and not the wealth). As compared to this, the eligibility of SC and ST members for many welfare schemes is fixed at Rs. 2.5 lakh. The only exception to the latter is the Rs. 6 lakh income criteria for SC girl students and no income limit for ST girl students. The 103rd constitutional amendment has brought about a new category of Indian citizens, the “backward forward castes (Pachhat savarn).” For OBCs, the eligibility for reservations combines economic, social and educational backwardness whereas the EWS has considered only the sole criteria of income eligibility.

The majority judgement of the Supreme Court has brought to the fore an uneasy reality that there can be two sets of “conscience” among the apex court judges, both contradictory to one another, even on critical issues such as what actions might be “unconstitutional” or “against the basic structure” of the constitution. Two of the three judges of the majority view have been the judges of the Gujarat High Court before their elevation to the apex court. The representation of SC, ST or OBC on the concerned constitutional bench has been absent.

The institution of caste-based reservations in India has had a long history which produced scientific and rational data to prove beyond doubt that such reservation was a necessity to ensure the basic tenet of the constitution so that in a true sense, all citizens can be “equal”. The social disability arising out of the caste system in general and the practices of untouchability in particular, brought about not only the structured under-representation of Scheduled Castes and Scheduled Tribes and the consequent inequality but also validated grounds for such inequality to perpetuate. The same applies to the OBC reservations where their eligibility has been rigorously decided based on a long list of criteria.

Whereas the Supreme Court nod to extension of only EWS reservation to the private sector and the relaxation of the 50% ceiling has been a curious case. The Supreme Court did not ever care to suggest a system to ensure that the representation of unreserved class-caste did not exceed 50%, as was done in pre-independent India by the progressive King Sahoo Maharaj of Kolhapur. One wonders why the position of the Supreme Court has not been so liberal in the case of reservations for Christians and Muslims converted from the caste considered untouchable. One has heard little about the views of the Supreme Court on the unsuccessful attempts to secure equitable representation of women in the State Assemblies and Parliament.

The Indian Parliament has witnessed little debate about the non-implementation of the reservation policy in various States for SC and ST groups, especially in the public sector recruitment. It has also seen little debate on the non-implementation of revolutionary post-independence land reform legislations in favour of SC and STs (in the former State of Saurashtra, the implementation of land reforms in favour of the Patidar community was complete). This was considered a very important step aiming at the redistribution of means of production and thus the reduction of structural economic inequality. It has also seen little debate on the forgotten plan of UPA-I to extend caste-based reservations to the private sector. There is virtually no debate in the Parliament before extending at the end of every 10-year period the caste-based reservations in the political sphere - the only sphere where the constituent assembly had suggested a 10-year limit- to debate and assess the impact and outcome of caste-based political reservations on effective representation of the SC and ST communities in the politics of the nation.

Will India ever rise to be a nation free of caste and untouchability?

In the case of caste-based reservations, the objective of the constitution framers was to eliminate the structural exclusion and discrimination based on caste and to ensure their effective representation, in the case of EWS quota, the logic is to reassert the supremacy of the caste over the class, without saying so.

Gujarat had witnessed a series of bloody anti-reservation riots in 1981, 1985 and in 1989 as had happened in other parts of the country too. Both, the caste-based reservations and the introduction of the Prevention of SC and ST atrocities ACT, have been most fiercely debated issues in almost all seminars. However, there is complete silence on the question of the EWS quota.

In the end, the question is: Will India ever rise to be a nation free of caste and untouchability? The dream of Dr. Ambedkar of caste annihilation has now ceased to be even a slogan.

(The writer is the founder of Navsarjan, a grassroots Dalit organisation fighting for human rights and has also served as a convenor of the National Campaign on Dalit Human Rights) 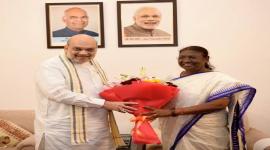 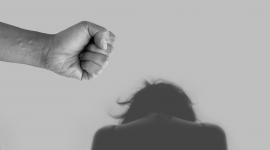 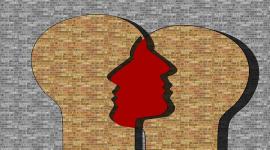 The unending caste conflict in Gujarat
The cases of recent violent caste-related attacks on dalit youth for sporting moustaches in Gujarat...