A steady hand as Congress braces for 2024

The election of Mallikarjun Kharge as the first non-Gandhi family President of the Congress in the 21st Century is good news not only for the Congress party but also the nation as a whole. Kharge is a silent worker, a grassroots person and one who knows what it means to serve in the long run and not raise ill-founded noise like his opponent has done on losing the party election. The significance of this change cannot be overstated, and makes for a double Deepawali celebration this time as the Congress works to present a cogent front against the BJP onslaught.  It indicates that despite all that is said about family control in the party, which is not unfounded criticism of the Congress, the party and the family have been able to, albeit at a slow pace, rise to the occasion and bring change.  True, this is only a beginning but change can begin small and carries the potential to become sweeping over time. Kharge may or not succeed. But we must wait and watch as we applaud a new beginning.

Kharge is a silent worker, a grassroots person and one who knows what it means to serve in the long run and not raise ill-founded noise like his opponent has done on losing the party election

The more significant aspect of the change is the failure of the attempt to foist on the party non-leaders like Shashi Tharoor, representative of a set of people who have contributed almost zilch to the Congress and are now busy putting on display an unseemly sideshow to distract and take attention away from a big moment for the party. It comes as no surprise that Madhusudan Mistry, the head of the party election process, slammed Tharoor for claiming irregularities in the elections, calling him two-faced. Tharoor cannot, indeed is incapable of, being a well-wisher of the party he sought to lead. He spends time now in whipping up unnecessary controversy, with a limited and narrow band of followers who are equally unschooled in the idea of service, uncharitable to the Congress and its deep contributions to the growth of India and unwilling to honour a process that allowed a candidate like Tharoor, who should never have been on the ballot, get his chance. Tharoor lost the election, and doubled up by losing grace as well.

There are many including those in the media who see him as suave, articulate and a voice that is valuable because he allegedly stands against the Gandhi family and seeks change – whatever that change may mean. But the politically smart among them (not excluding those from the BJP who would probably like to see him head the Congress), know that he is the perfect candidate to further help extinguish whatever fire is left in the party. A player for the Twitter universe and stand-up comedy artiste is the perfect way to annihilate the Congress from within. But that threat has passed, at least for now.

Tharoor lost the election, and doubled up by losing grace as well

The second is the concerted attempt underway to discredit Kharge himself, calling him a “rubber stamp” or a Gandhi family stooge, even though his contribution over the years has been significant, his conduct through the process of the election has been impeccable and he has kept up dignity in the face of a candidate who hasn’t exactly a record of any serious or meaningful contribution to any institution over the years. Kharge is a follower of Babasaheb Ambedkar and the 12th century philosopher-poet Basavanna, who professed gender equality, fighting for a just cause and was committed to social reform – all qualities that we need today and more so in Kharge’s home State of Karnataka which is caught in a vortex of communalism, an example of which was the hijab row that was recently kicked up.

Where does the Congress go from here?

The challenge before the Congress, and the nation, is unprecedented. Kharge will need to quickly take charge, assert himself and begin a stitching together of coalitions that will be needed as the BJP continues to flog the narrative that 2024 is in its bag already. If that game is not to be conceded even before the battle begins, the Congress will need to quickly move on three fronts boldly and firmly.

First, the party will need to have a programme to go back to the people, a nation-wide hitting-the-road that is not unlike the Bharat jodo yatra that Rahul Gandhi has undertaken and is bringing a rather upbeat response from ordinary citizens, particularly the youth. Many will agree that this yatra is making a dent. Even the BJP would note that that this walkathon has turned out well for the Congress. Kharge may take a cue and ensure that every State has the machinery in place to run similar mini-yatras in the local areas to bring up burning issues before the people. There is nothing like a mass mobilisation call for a party that was seen as getting moribund.

The party will need to have a programme to go back to the people, a nation-wide hitting-the-road that is not unlike the Bharat jodo yatra that Rahul Gandhi has undertaken and is bringing a rather upbeat response from ordinary citizens, particularly the youth.

Secondly, there will have to be work beginning now to stitch reasonable alliances that the Congress must build with like-minded parties. Here, it will need an approach that recognises that much has changed in India. The party can deliver some positive surprises if it reads the leaves well. Maharashtra is a good example of what the potential is. The way the Shiv Sena was broken has left a poor taste in Maharashtra. The breakaway faction led by Chief Minister Eknath Shinde, bolstered by the BJP, does not have a narrative to explain to the masses why he stayed in power under Uddhav Thackeray and suddenly turned sides. The Congress will have to work with the Sena, which is a very different party today and is shaping up with narratives that are anything but communal and very different from what the Sena was known to be in its earlier avataars. Sharad Pawar’s NCP will also have to be a part of the coalition, and in this the seniority of Kharge will help navigate the path. Fixed thinking of the past must change to carve new paths for a future in a nation where the poison of communalism is eating away at our ethos and traditions.

Thirdly, Kharge must also assert himself, strike an independent path and must quickly bring in younger players into the party leadership. New faces, forceful voices and committed secular candidates can help bring in a sense of urgency and energy that will be required as the party heads into 2024. As he settles into the role, Rahul Gandhi must continue to be away from Delhi and spend his time at the grass roots. This is important if the message to every Congress worker is to do the same.

Doing all this and more does not indicate that a Congress revival is assured but it is the best bet on a journey that the party must undertake at this crucial time when the nation faces threats that it rarely has before. 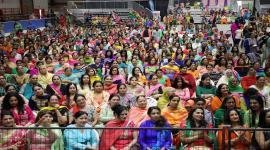 Prejudice, population and misguided policy
Well, the world has moved, and so has India. But we may be creating a new “us” and “them” problem... 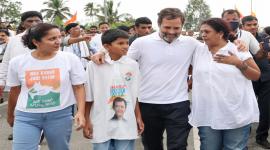 Shaking up India’s grand old party
If the ‘Bharat-jodo’ yatra continues to earn the goodwill it has thus far, that leader down the...