MPC’s forecasts are a bit cryptic

There was not much surprise in the announcement made at the end of the last three-day bimonthly meeting of the MPC of RBI on Friday, September 30, 2022. The policy repo rate was raised by 50 basis points to 5.90 per cent – fourth rate tightening in a row. This was a unanimous decision which came against the backdrop of a higher-than-expected headline CPI inflation of 7 per cent in August, 2022, on the one hand, and two major external sector developments, on the other: a third consecutive rate hike by the Federal Reserve by 75 basis points in the previous week, and a renewed selling pressure on the Indian rupee in the forex market in the second fortnight of September, pushing it to a fresh all-time low of Rs. 81.72 per US dollar on September 27. The markets have already begun to speculate about the peak policy rate will be seen in the current tightening cycle. Some have put it in the range of 6.25-6.35 per cent. A lot will depend on how the inflation behaves and what the Federal Reserve does in the months to come.

An essential requirement for success of monetary policy is that it should be forward-looking. Stated differently, policy-makers need to figure out what could happen tomorrow when setting policy today.  As Keynes once remarked: “if we wait until a price movement is actually afoot before applying remedial measures, we may be too late”. A consequence of the framework, as above, is that monetary policy measures work with a time lag.

A 50 bps hike was expected. But MPC’s macroeconomic projections should be more detailed

Forecasts in respect of major macroeconomic variables, such as inflation and growth are a fundamental input to the policy formulation. Again, what is required here is not only forecasts of the single-most likely path for inflation and growth, which, after all, is highly unlikely to occur. Balance of risks around that path is very important, since monetary policy stance cannot be driven by the central case outlook alone. In particular, if the risks are skewed in a particular direction - for example if the median outcome for inflation is lower than the so-called mode, i.e., the most likely outcome - then one would expect the stance of policy to be looser than the modal path might imply and vice versa.

Major central banks tend to publish macroeconomic forecasts in the interests of both transparency (i.e., to explain the decisions that have been taken) and as a form of forward guidance to provide some insight about the future path of policy.  There is a growing view and research support that the benefits of publishing an explicit probabilistic statement about the path of policy alongside and consistent with probabilistic statements about the macroeconomic outlook far outweigh the costs of doing so.

Do the MPC statements conform to the best practices, as above? To be sure, the half-yearly Monetary Policy Reports (MPR) published by the RBI on conclusion of bi-monthly MPC meeting held in April and September each year include fairly detailed and rich analyses on macroeconomic outlook/projections for periods till the end of the next fiscal year and balance of risks. However, the outlooks and balance of risks in respect of CPI inflation and growth contained in the monetary policy statements are more concise and cryptic, and could even be a bit incongruent with those in the latest MPR.

The RBI is faced with unprecedented challenges in having to support the rupee by selling US dollars, on the one hand, and raising policy rates apace with the Federal Reserve, on the other

A good deal of subjectivity and judgement seem to drive the assessment of balance of risks. It is not clear how exactly the ranges (confidence intervals) around the central case in the forecasts are produced. For the forecasts and forward-looking assessment of balance of risks to be meaningful and credible, main features of the probability distribution of inflation and growth outcomes at the end of each quarter of the horizon period would be necessary. Another issue with the macroeconomic forecasts and projections now contained in MPRs and policy statements is that one is not able to derive any guidance out of them as regards the future path of policy rate. For example, what happens to the policy rate if the actual trajectory of inflation turns out to be as per the central case outlook as embodied in the fan chart? And, so on. Is it a case of constructive ambiguity or are there other bets in the game?

This brings us to an important issue: For all we know, the RBI still aims to achieve objectives other than its inflation target through monetary policy setting and market interventions. This is perhaps the main reason why it does not provide forward guidance for policy in a manner that quite a few major central banks do. Right now, one of the major aims of the monetary policy is to stabilise the external value the Indian rupee, in general, and its exchange rate vis-à-vis the US dollar in the spot forex market, in particular.

Since the beginning of the current fiscal, the rupee has depreciated by about 7.5 per cent against the US dollar, which is now at a 35-year high against other major convertible currencies, having gained by about 17 per cent since January this year, as per some estimates. All in all, the RBI is faced with unprecedented challenges in having to support the rupee by selling US dollars, on the one hand, and raising policy rates apace with the Federal Reserve, on the other. Luckily, a stable rupee serves the purpose of inflation containment at the current juncture. There is no reason why the RBI should fight shy of acknowledging the relevant external sector reasons that are now influencing monetary policy decisions.

That said, the primacy of adhering to the 4 +/- 2 per cent range for CPI inflation is critical for macro-financial stability in India, no matter what is the provenance of inflation – domestic or imported. However, one gets a little baffled to surmise why the stance of the monetary policy stance continues to be ‘accommodative’ although CPI inflation has ruled at or above the upper tolerance threshold of 6 per cent since January 2022 and is likely to remain so for the remainder of 2022-23.  The main reason put forth by the RBI in support of accommodative stance, viz.  the policy rate adjusted for inflation is still below the corresponding level seen in 2019 is not convincing, as cogently pointed out by the MPC member who voted against it. It's time the MPC adopts clear and consistent criteria/parameters to gauge monetary and liquidity conditions. Hence, it would be a good idea for the central bank to revisit the issue of construction and publication of a Monetary Conditions Index for India. 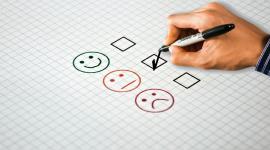 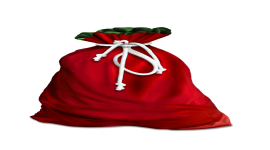 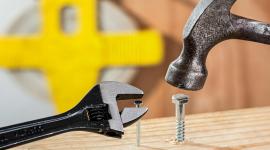 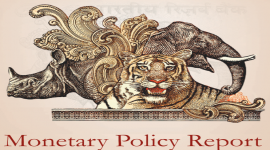 RBI signals the end of policy accommodation
As widely expected, on the completion of the first MPC meeting for the current fiscal, the policy...