A path to a “developed” India

Historically, India has been the land of riches. As the eminent historian Will Durant wrote in the book ‘The case for India’: The British conquest of India was the invasion and destruction of a high civilisation by a trading company utterly without scruple or principle, careless of art and greedy of gain, over running with fire and sword a country temporarily disordered and helpless…” In 1 AD, for example, according to the distinguished British economist Angus Maddison, Asia had the largest economy in the world then, with India as the single biggest contributor. India’s GDP then was 100 times that of the UK. Systematic loot brought devastation to the land.

Inequity, inequality and a large, growing population means that millions of Indians are still waiting for economic emancipation

The process of recovery has been slow. Yet, the nation has come a long way since. India’s economy now is the 5th largest (by nominal GDP) and 3rd largest (by PPP), one of the fastest growing large economies in the world. India is now a middle-income market economy. Yet, inequity, inequality and a large, growing population means that millions of Indians are still waiting for economic emancipation.

The Prime Minister Narendra Modi in his August 15 speech this year set out five vows (panch pran) on the path to the nation reaching the milestone of 100 years of Independence in 2047. The first of these is to turn India into a developed nation. In his words: “… to move ahead with a big resolve. And that big resolution is of a developed India; and now we should not settle for anything less than that.”

To be considered a developed nation, India’s GDP should be around $20 trillion in 2047, if we talk numbers alone. Currently, India’s GDP is $3.2 trillion

Leaders think and act at the intersection of two axis: the first, between the past and the future; and the second between abiding values and aspirations of those that they lead. Aspirational India is restive. Modi has political understanding of that India. As the leader of the nation, he first talked about the values and principles as he and his party see them, and then proclaimed what India has been waiting to hear. For strategies to inspire the country, leaders have to communicate objectives for rallying and assuaging doubts. This of course cannot be an overnight game. Talk has to be accompanied by action, and the last eight years have seen quite a bit of action, not all of which has gone down well and has cost political capital.

The government under Narendra Modi has invested a significant amount of political capital in some key structural reforms like the GST, the IBC, RERA, the MPC. It has sought to focus attention on mobility, cost reduction, convenience and delivery mechanisms through work on the PM Gati Shakti, a multi -modal connectivity plan bringing 16 ministries for integrated planning of infrastructure connectivity projects, and other digitisation and e-governance initiatives.

However, the country has to cover a lot of ground yet. It calls for sustained efforts and a comprehensive re-orientation of the institutional framework, resources allocation and delivery mechanisms. In terms of numbers alone, most economists consider countries with GDP per capita ranging from US$12,000 to US $15,000 per capita as developed nations. The United Nations expects India’s population to reach 164 crore by 2047. Simple arithmetic suggests that to be considered a developed nation, India’s GDP should be around $20 trillion in 2047, if we talk numbers alone. Currently, India’s GDP is $3.2 trillion. This means the nation’s GDP has to grow over six times in the next 25 years if the nation can crossover to become a developed India. The question that comes up in most minds is, “Is this achievable?”. My answer is simple: “it is difficult but not impossible.”

India is acknowledged to be an entrepreneurial society. Currently, India is the third largest creator of new enterprises and unicorns in the world. Unicorn is an enterprise with a valuation of over $1 billion. It is a matter of satisfaction that our start-up ecosystem has been substantially reoriented. Thousands of India’s youth are aspiring and attempting to be employers rather than becoming employees.

The nation should become a risk-taking partner rather than a provider of subsidies, grants and/or loans at subsidised rates

It would be appropriate to design a comprehensive plan for India to create 10,000 Unicorns in the next 25 years and with a few hundred becoming ‘Decacorns’ - enterprises with a valuation of over $10 billion. These enterprises alone could add over $12 trillion to India’s GDP.

NASSCOM noted in a blog post that 66 Unicorns of India employ over 3.3. Lakh employees), which makes an average of 5,000 new jobs created by a Unicorn. Thus 10,000 Unicorns will have the potential to create over 50 million new jobs in the next 25 years.

A number of expressways have already come up and many more are under planning and completion. The States should build new modern smart townships to house a population from two to ten lakh along the expressways. Every township should be an exclusive centre for one or the other selected sectors. In these townships, apart from civic infrastructure and amenities including power and broadband connectivity, modern industrial hubs suited for the selected sector should also be built. Adequate space for every entrepreneur with robust and workable plans should be offered for use “as equity participation by the State”. The alternative could be telescopic increasing revenue share as the enterprise progresses. The nation should become a risk-taking partner rather than a provider of subsidies, grants and/or loans at subsidised rates.

Public Private Participation (PPP) is also possible to supplement the States’ financial resources and even in the erection of townships. Sovereign wealth funds, and pension funds are pooling moneys with private equity networks in search of returns. These could be long term partners in the game plan with a value preposition.

Silicon Valley counties are a vivid demonstration of ultra-success stories of start-ups, Unicorns, Decacorns and even trillion-dollar enterprises. Public Private Participation (PPP) is also possible to supplement the States’ financial resources and even in the erection of townships. Sovereign wealth funds, and pension funds are pooling moneys with private equity networks in search of returns. These could be long term partners in the game plan with a value preposition.

The success of leaders’ objectives does not depend upon the coercive power of the State but on inspiring the immediate team and followers to translate that vow of development into reality. Inspiration bears upon the plans and programmes that emerge along the way. Narendra Modi has been commanding his entourage well. But the commands must turn into inspiration and lead to action and change on the ground. 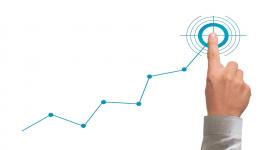 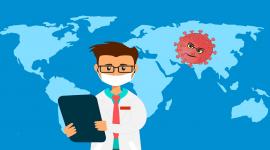 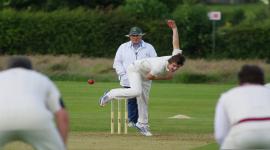