No ignominy in importing wheat

There was an extraordinary heat wave in March in northern India which caused wheat yields to go down. The heat wave in Northern Europe was much worse, and has also affected wheat output. As a result of the heat wave, and collapse of exports from Ukraine, the world may be short by around 14 million tonnes. This has caused wheat prices to spiral. There are frantic efforts by major importers, both diplomatic and commercial, to ensure adequate supplies, including those from last year’s crop stored in silos. India’s Prime Minister had made an assurance that the country could “feed the world” since we had a bumper crop. But a reassessment after the March heat wave led to a hastily imposed export ban on wheat, something that dismayed the farmers eyeing windfall gains due to high international prices.

But by now the situation may be grimmer. This year’s output could be ten percent lower than last year. Thanks to lower procurement combined with higher allocation both to the public distribution system (PDS) and to the Pradhan Mantri Gareeb Kalyan Anna Yojana (PMGKAY) the current stocks are less than adequate. Between PDS and PMGKAY (free food grain scheme) the total annual requirement is around 32 million tonnes. Add to it a minimum buffer stock of 8 MT that must be maintained for contingencies, emergencies and price stabilisation.

Unfortunately, the current stock which includes carry over stock from last year, and a fresh procurement of 20 MT falls short. This possible shortfall has been denied by the Department of Food and Public Distribution. However, the best indicator of any impending shortage is conveyed by prices. Wheat inflation is running at 12 percent. Traders anticipate an annual production of only 95 MT sharply down from 111 MT last year. Even an independent assessment by the United States agriculture department pegs India’s production this year at 98 MT. The PMGKAY commitment was recently extended for a sixth time, to the end of September 2022. The in-kind transfer of free food grain has not only ensured some amount of food security but also protected the recipients from food inflation. That’s because the benefit was given in kind rather than in cash. The total incremental outlay for the sixth phase is around ₹ 80,000 crore. The government can consider tapering down the benefits of PMGKAY which had begun during first wave of Covid. But the termination of PMGKAY should not be abrupt.

The best indicator of any impending shortage is conveyed by prices. Wheat inflation is running at 12 percent.

In this context it is worth emphasising that the import of wheat is not a national embarrassment nor should it be politicised. India has been proudly self-sufficient in food grains for several decades, after the initial success of the green revolution, and of policies of public procurement which gives production incentives to farmers. But over the years many distinct changes in consumption patterns of Indians are discernible. Firstly, there is the transition from coarse cereals like jowar and bajra to fine cereals like wheat and rice. Secondly the increase in consumption of meat, dairy and poultry. These require higher production of food grains including corn and soya, as animal feed. In fact, the demand for animal feed has gone up sharply and so has the cost, causing high inflation in milk. The third trend in changing consumption patterns is more food being served as ready-made food in restaurants and community kitchens. That too is likely on a net basis to lead to increase in the demand for food.

Thus, if we extrapolate the demand for food grains, taking into account changing consumption patterns, and rising incomes and prosperity, it is clear that domestic availability will not be enough at the current rate of growth of productivity and yields and acreage. Hence sooner or later India has to plan for food security which has a significant linkage with imports, or encouraging Indian companies to own food production in other land abundant countries like Australia or Ethiopia.

If we extrapolate the demand for food grains, taking into account changing consumption patterns, and rising incomes and prosperity, it is clear that domestic availability will not be enough at the current rate of growth of productivity and yields and acreage.

Even as India has to plan for food imports due to looming domestic inadequacy (due to changing consumption patterns), the current situation of food insecurity is grim. The recently published State of Food Security and Nutrition in the World report states that 40.6 percent of India’s population suffered from moderate or severe food insecurity during 2019-21. The proportion of those who are severely food insecure has risen from 20.3 percent in 2018-20 to 22.3 percent. The world average is much lower at 10.7 percent. Thus, more than one third of the world’s hungry and undernourished people are in India, which is alarming and embarrassing, if not shameful. India’s rank in the global hunger index also has dropped to 101 out of 116 countries. The GHI score has been improving in the last few years but the latest score of 27.5 is still considered serious. Even sub-component scores for stunting, wasting and child malnutrition are worrisome. The GHI is computed using three dimensions of child mortality, children malnutrition and food supply adequacy.

More than one third of the world’s hungry and undernourished people are in India, which is alarming and embarrassing, if not shameful

In another aspect of its food economy, India has very high dependency on imported edible oils. Even in pulses, a crucial source of proteins, the production has not kept pace and imports of pulses make up 10 to 15 percent of total consumption. That could go up in the future. Milk production is the highest in the world but per capita consumption needs to go up substantially to come up to the world average. For that to happen milk production requires much higher production of animal feedstock like corn. This too implies pressure on increasing agricultural production at a faster pace.

It is thus clear that in the near future India’s dependence on food imports will rise. This by itself is neither a matter of national prestige nor embarrassment. We are after all big importers of energy, which we hope to reduce with greater use of renewable energy. In a similar way we have to approach the challenge of meeting food security needs, by increasing imports in the coming years, and combining it with strategic planning and coordination. Technology will also play a role in increasing productivity and ensuring crop diversification.

But till we meet the challenge of food security needs; till we have higher technology to increase yields and diversify crops; till we combine strategic planning and coordination in imports, the largescale import of wheat will be necessary to ensure food security and domestic price stability in India. 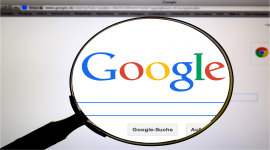 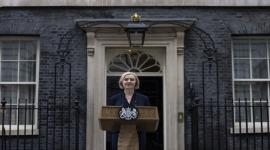