The climate crisis is challenging governance

After a searing summer in south Asia, scorching temperatures have swept across Europe, with the United Kingdom setting an all-time heat record as temperatures crossed 40 degrees Celsius in that country. Climate scientists say this concerning trend has become more notable in recent years and is what can be expected on account of climate change. In India, unbearable heat waves through the summer and massive floods over the past few weeks in the eastern parts of the country are a statement on the worsening climate situation that is giving rise to more frequent and severe weather events. These climate problems are challenging governance, sometimes leading to official responses that create more problems or which do not redress concerns adequately.

The Western Ghats have been termed as one of the world’s eight ‘hottest hotspots’ for biodiversity and are home to 5,000 kinds of plants and 325 globally endangered species.

A recent example of this is the Supreme Court decision regarding economic zones around wildlife sanctuaries. The Supreme Court, while adjudicating a Public Interest Litigation, ordered the creation of eco-sensitive zones (ESZs) extending one kilometre around the periphery of wildlife sanctuaries. As per the order, human activities are either totally prohibited in these zones or may be allowed only with the permission of the Principal Chief Conservator of Forests in accordance with guidelines issued by the Ministry of Environment, Forest and Climate Change in February 2011. The guidelines detail the various activities, under certain classes, that may or may not be carried out in these zones. Also, if there is any law that holds a wider area (than the 1 km zone around the periphery of a wildlife sanctuary) to be an ESZ, that law will prevail. But the minimum limit of one kilometre can also be diluted in instances of ‘overwhelming public interest’.

Since this decision, there have been many cases of ‘overwhelming public interest’. One of them is the controversy that has erupted in Kerala on the ground that the Court order has adversely affected the livelihoods of many farmers. The head of the Kerala Independent Farmers' Association (KIFA) has called it a matter of survival for lakhs of people. This prompted the Wayanad MP Rahul Gandhi to write to the prime minister asking him to address the concerns of the people affected by the Supreme Court decision.

In these demarcated areas, protection of biodiversity, tree cover, wildlife—and the consequential reduction in CO2—are all essential in the fight against the climate crisis confronting us

Another example is opposition to the Draft Rules declaring the Western Ghats an Ecologically Sensitive Area. The Western Ghats have been termed as one of the world’s eight ‘hottest hotspots’ for biodiversity and are home to 5,000 kinds of plants and 325 globally endangered species. Therefore, the importance they hold for the country and the world cannot be overstated.  The Karnataka government, however has resolved to oppose this notification, on the same ground expressed by politicians in Kerala—that it would disrupt the livelihoods  of many people. On the other hand, keeping in view the nature of the Ghats, the vitality of its protection should outweigh these concerns. So, what needs to be done?

Whether an activity is in the ‘overwhelming public interest’—an ambiguous phrase in itself—would be decided by the lens through which the situation is viewed. In a political context, and therefore by default through an economic lens, a decision made in the public interest could be a fundamentally life-altering one for those involved, especially for those living within the demarcated ESZs. For instance, there are buildings near and hutment colonies on the border of Mumbai’s Sanjay Gandhi National Park. They have been there for years and cannot be relocated. In other cases, where the population is thinner and scattered, those who have been living in these kinds of zones are now at the mercy of the forest department and government officials.

The rejection of the EPI and the seeking of a review of the SC judgement on ESZs in view of the protests against it are one side of the picture. On the other side are other recent judgements of the Supreme Court, where the non-obtaining of environmental clearances where required have been merely termed as ‘technical irregularities’

On the other side, there is a necessity to protect wildlife sanctuaries and national parks. When the citizenry lives in ever-densifying concrete jungles, these pockets of flora and fauna play a crucial role in the quality of their lives. To state the obvious, in these demarcated areas, protection of biodiversity, tree cover, wildlife—and the consequential reduction in CO2—are all essential in the fight against the climate crisis confronting us. One must also not forget the wider impact of forests; for instance, it is for no small reason that the destruction of the Amazon rainforest, 27 per cent of which will be treeless at today’s pace of degradation, is considered a crime against humanity.

Speaking of national parks and wildlife sanctuaries, India has been ranked, generally, 179th out of 180 in biodiversity; it is 175th on the Biodiversity Index (which estimates the effects of habitat loss, degradation and fragmentation on the expected retention of terrestrial biodiversity) of the Yale/Columbia Environmental Performance Index (EPI).

India has rejected the EPI, saying it is based on ‘surmises and unscientific methods’; and while there may be some truth in that, it may be noted that a repudiation came only when the country was placed near last, whereas the EPI assessments began some time ago. This sends out a dangerous message of selective disagreement.

India has been ranked, generally, 179th out of 180 in biodiversity

The rejection of the EPI and the seeking of a review of the SC judgement on ESZs in view of the protests against it are one side of the picture. On the other side are other recent judgements of the Supreme Court, where the non-obtaining of environmental clearances where required have been merely termed as ‘technical irregularities’. In one case, an electrosteel company had shifted its site of operation by more than five kilometers without obtaining any clearance for the new site, and in another, a chemical manufacturing unit was functioning without environmental clearances. In both cases, economic factors were clearly given primacy.

However, in today’s uncomfortable situation, tough calls will have to be made for the cause of the environment. This will, unfortunately, become a regular part of our lives. Constructive steps must be taken on planning for such eventualities, because at the current rate of emissions and the full-steam-ahead nature of general human activities, climate-related displacements can only rise. We will increasingly witness such events. Who would have imagined that on July 18 this year, the town of Cazaux in France would record 42.4 degrees Celsius, the hottest day since its weather station first opened more than 100 years ago in 1921, according to Météo, the French national meteorological service? Who connected Europe with this kind of heat? The challenge is—what kind of line can be drawn, and where, to ensure the best interests of those immediately concerned as well as of all those who will be concerned.

(The writer is an independent researcher and author) 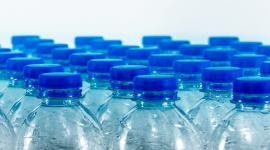 Seeking a cure for the plastic pandemic
Large sections of the Indian subcontinent starting from Balochistan and Sindh in Pakistan all the... 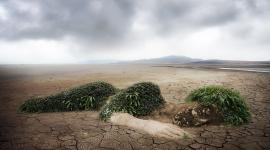 Budget doesn’t hold much for the environment or its protection
Although the last year was largely overshadowed once again by COVID-19, one event that arguably... 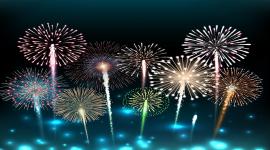 A case against the firecracker
It is absolutely essential to drastically cut down short term climate pollutants. Black carbon... 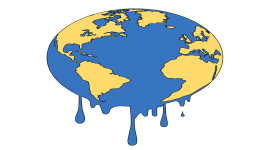 Climate crisis and rights of the child
Save those who have been termed ‘climate deniers,’ it is generally acknowledged that the climate...