Lessons from the Covid-19 pandemic

The world is slowly recovering from the Covid-19 pandemic. The jolt in terms of loss of life, disruption of world order and the death and suffering have brought pain and along with it a new longing for sustainable peace and security for everyone on this planet. There is a growing realisation that the existing order has some inherent deficiencies and it would not withstand the challenges posed by Covid-19-like situations. We can see that there is a lot wrong with our idea of “progress”, “development” and indeed the entire story of modernity and the separation from nature and from each other that is at the root of our troubles in the long and the short term. The pandemic was an eye opener for us. It should convince everyone that with the existing way and pattern of life, planet earth is moving towards a precarious situation.

We can discuss the post pandemic alternatives to world peace from a Gandhian perspective only if we analyse the present state of planet earth. We had observed the Earth Overshoot Day of this year i.e. July 29, 2021. It is the date on which humanity’s demand for ecological resources and services in a given year exceeds what the earth can regenerate in that year. In other words, nature's budget for humanity came to an end on that day.  The last year, i.e. 2020, it was on August 22. It was mainly a result of the initial drop in the resource use in the first half of the year due to the pandemic-induced lockdown.

The pandemic should convince everyone that with the existing way and pattern of life, planet earth is moving towards a precarious situation

The world entered into ecological overshoot in the early 1970s, according to the National Footprint & Biocapacity Accounts (NFA) based on UN databases. It is pertinent to note that the Earth Overshoot Day in 1970 was December 30. The sharp increase in spending of ecological resources which we are currently witnessing for a couple of years is the largest since 1970. The dates of past Earth Overshoot Days from 1970 are available on the National Footprint and Biocapacity Accounts 2021 edition. It clearly shows how we have reached the present state of affairs in the course of a couple of decades.

The Covid-19 pandemic brought into limelight the close interconnection between human and planetary health.  It was Pope Francis who said the coronavirus pandemic is one of "nature's responses" to humans ignoring the current ecological crisis. The pontiff said the outbreak offered an opportunity to slow down the rate of production and consumption and to learn to understand and contemplate the natural world.  It resembles Gandhi’s prophetic words and approach. It was Gandhi who said “God forbids that India should ever take to industrialism after that manner of the West. The economic imperialism of a single tiny island kingdom (England) is today keeping the world in chains. If an entire nation of 300 million took to similar economic exploitation, it would strip the world bare like locusts.”

Gandhi visualised an alternative economic order in which there is voluntary reduction of wants and fulfillment of basic necessities of life. In such a system the means of production for fulfilling the basic needs will remain under the control of the masses. He wrote “According to me, the economic constitution of India and, for that matter of the world should be such that no one under should suffer from want of food and clothing. ...And this ideal can universally realised only if the means of production of the elementary necessaries of life remain in the control of the masses. These should be freely available to all as God’s air and water are or ought to be; they should not be made the vehicle of traffic for the exploitation of others. This monopolisation by any country, nation or group of persons would be unjust. The neglect of this simple principle is the cause of destitution that we witness today not only in this unhappy land but other parts of the world too.”

Gandhi visualised an alternative economic order in which there is voluntary reduction of wants and fulfillment of basic necessities of life. In such a system the means of production for fulfilling the basic needs will remain under the control of the masses.

The pandemic has reminded us that a sustainable economic order would not merely focus on higher GDP. On the contrary it would aim at promoting responsible production, consumption and distribution for the benefit of society. Gandhi’s economic philosophy was embedded in deep ecological consciousness and the swadeshi spirit. The message of pandemic from a Gandhian perspective is “go back to nature” and our old ways of living based on local resources.

The pandemic taught us how interdependent we are as members of the whole human family. This inescapable interdependence calls for the acute need for global cooperation and concrete efforts from all stake holders to overcome the unprecedented crisis and to protect human life. International institutions and national governments should reconsider their policies of globalisation which resulted in massive inequalities and gross exploitation of non-renewable resources of mother earth.  The present globalisation will have to be replaced by a more responsible globalisation in which countries collaborate across globe based highest values and principles cherished by global community.  In such a scenario, incessant efforts should be made to achieve self-sufficiency for their basic necessities of life in their localised world and avoid their undue dependence syndrome on global markets for anything and everything.

Incessant efforts should be made to achieve self-sufficiency for their basic necessities of life in their localised world and avoid their undue dependence syndrome on global markets for anything and everything.

The pandemic also exposed the hollowness of State Power and national sovereignty. There is a growing realisation that the crisis could not be addressed merely by individual states and it demands concrete global efforts. It would not be an exaggeration to say that the existing global institutions miserably failed to tackle a crisis like the Corona pandemic. It points to the need for restructuring the existing institutions to address the global impasse effectively.

Besides it has also exposed all the limitations of the entire modern Western civilisational framework including science and medicare. It puts a big question mark on the mainstream health care system that we have been following. In sum, Covid-19 provided a historic opportunity to give up our old ways of thinking and move towards a peaceful world which leaders like Gandhi dreamt.

An earlier version of this column was presented at a national webinar organised by Probhodha Trust, Kochi in association with Sevagram Ashram Pratishthan,Wardha, Maharashtra; St. Ann's College, Mehdipatanam, Hyderabad, Telangana and Government Brennan College, Thalasserry, Kerala in  the month of  July 2021. 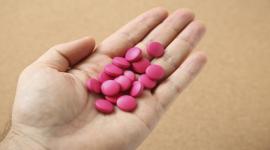 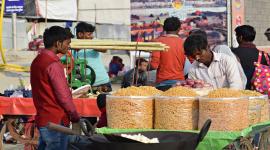 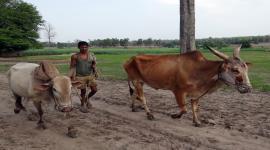 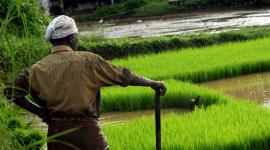