By Nachiket Mor and Madhu Srinivas

Agriculture has all the pre-requisites to have the market-mechanism arrive at a pareto-optimal outcome, unlike in the case of public health or primary education. However, this has potentially two challenges.  One relates to the fact that farmers do not face a “complete market”, i.e., they face a number of risks such as those relating to weather, yield, and commodity-price shocks, which they are unable to hedge, rendering the eventual outcome less than optimal. The other challenge is that, given its long and complicated history, the optimum the agricultural markets arrive at is not always found to be socially optimal even if it turns out to be efficient.

Historically, successive governments have tried to address the various financial services needs of farmers almost entirely through credit. The credit to Gross Value Added (GVA) ratio in the agriculture sector increased from 21% in 2007-08 to almost 60% in 2019-20 (Based on the calculation of the authors. See attached table). However, this has not translated into lower farmer distress. Since, as is made clear in basic finance courses, adding financial leverage in an environment of high revenue volatility, exacerbates the impact of the underlying risk being faced by farmers, making their situation significantly worse. While credit can address the pre- and post-harvest liquidity constraints faced by farmers, only risk management products like commodity derivatives and weather insurance can address the other risks being faced by them and reduce revenue volatility. In most well-regulated banking environments, banks, like the Commonwealth Bank of Australia in Australia, can offer good risk management products, such as well-designed futures and options, to farmers on an Over-the-Counter (OTC) basis.  However, in India, banks are neither permitted to hedge themselves nor to offer hedging tools against price movements of agricultural commodities. Section 8 of the Banking Regulation Act, 1949 explicitly prohibits banks from directly or indirectly dealing in the buying or selling or bartering of goods.

A bank taking a position in the commodity markets would be akin to indirectly buying or selling the commodity and is therefore prohibited from doing so. This, even though a large proportion of their balance sheets are exposed to price movements in the commodity markets. Recognising this, an RBI Working Group on Warehouse Receipts and Commodity Futures recommended over 15 years ago that banks be allowed to take proprietary positions in agricultural commodity derivatives to mitigate their commodity price risk in lending to farmers (Section 8 of the Report of the Working Group on Warehouse Receipts and Commodity Futures< May 2005).

While credit can address the pre- and post-harvest liquidity constraints faced by farmers, only risk management products like commodity derivatives and weather insurance can address the other risks being faced by them and reduce revenue volatility.

This recommendation was once again endorsed by the 2013 RBI Committee on Comprehensive Financial Services for Small Businesses and Low-Income Households. Paradoxically, banks are permitted to speculate in international currency markets, about which they often know very little, and in which they frequently incur losses. There is an urgent need for the regulator to re-examine its approach and allow banks to provide farmers with affordable and suitable commodity derivative products. This would allow farmers access to a more “complete” market for risk management products, while simultaneously protecting bank balance sheets.

Alongside commodity derivative products, farmers also need access to appropriate insurance products to hedge against weather risk. This is of great significance for India where more than half the area under cultivation is rain fed. The Restructured Weather Based Crop Insurance Scheme (RWBCIS) and the Pradhan Mantri Fasal Bima Yojana (PMFBY) are government subsidised schemes with the premiums arrived at through a bidding process instead of by allowing market demand and actual risks to determine premium rates.

Coupled with a fixed tenure of operation for successful bidders, this arrangement disincentivises insurers from making any long-term investment in infrastructure required to develop the crop insurance market. The uncertainty in the tenure of operations, results in farmers having to deal with different insurers across the years, reducing trust among farmers and resulting in lowered levels of participation. The artificial price controls lead to restricted development of the crop insurance market and consequently sub-optimal outcomes for the farmers it is meant to serve. A less distortionary method of enabling the development of this market would be to transfer the subsidy directly to the beneficiary farmers and allowing them to purchase insurance at market prices.

This would incentivise insurers to invest more in enabling infrastructure and developing long term relationships with farmers. In particular, an effective weather-based crop insurance product requires an adequate density of supporting infrastructure like automatic weather stations (AWS) to mitigate basis risk. While we already have about 9,000 AWSs in the country, estimates suggest that their number needs to be scaled up to at least three times this figure. The government, and the insurers, need to invest in this infrastructure on a priority basis.

In the credit arena, policy responses to farmer distress, instead of taking the route of direct cash transfers to small farmers, have largely taken the form of market distorting interventions. These include capping of interest rates and loan waivers, which have sought to transfer the associated losses experienced by the banking system to depositors, investors, and the other borrowers who were not recipients of these two policies, thus impacting the growth and employment potential of the entire economy. 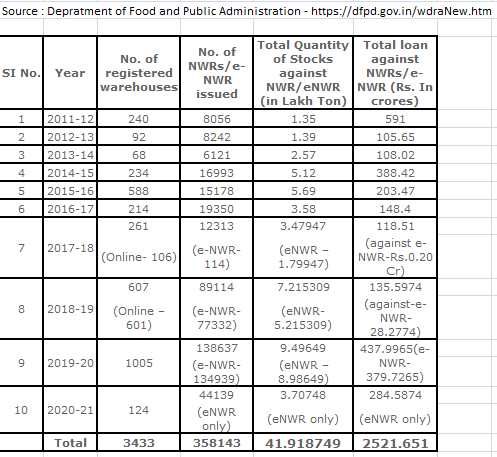 The capping of interest rates has effectively eliminated the ability of banks to price-discriminate between better and worse borrowers and thus hurts the entire agricultural sector. Offering such a large subsidy on the use of capital has created a perverse incentive towards capital intensity in an environment of massive labour surpluses.  It has also dulled the incentive for farmers to gradually move away from crops and agricultural practices, that, at market interest rates, would be unremunerative. Consequently, the shift towards more profitable crops and non-farm occupations has been very slow and has further exacerbated farmer distress.

For banks to become a truly engaged value-adding partner of the farmers, they need to move away from “simple, volatility enhancing” loans and instead offer better designed products from a risk management point of view.

If India is to move forward on the agricultural finance front, unnecessary regulatory strictures will need to be re-examined. Any subsidy that needs to be offered to farmers and agricultural labourers must come in the form of non-distorting direct cash transfers from the government. Most importantly, for banks to become a truly engaged value-adding partner of the farmers, they need to move away from “simple, volatility enhancing” loans and instead offer better designed products from a risk management point of view.  There is a great deal of long-term investment needed in agriculture and this can happen only if market forces are allowed to operate freely and any gaps in “completeness” are filled in a collaborative way by the market participants and the regulator working closely together. 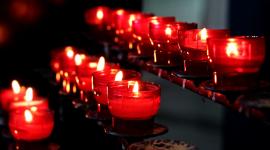