Reflections on corruption in times of a pandemic

One of the more disconcerting developments during the current second wave of the Covid-19 pandemic is the downright insensitive way in which hoarding of medicines and oxygen cylinders, black-marketing of drugs and cases of spurious “life-saving” drugs, not to speak of overcharging by hospitals extensive. It is alarming that some of those involved in these disturbing practices happen to be doctors, pharmacists and related medical personnel, both from the public and private sectors, in addition to unscrupulous traders and business people. Also shocking is the misconduct of certain hospitals and medical institutions in many places. For instance, in Tamil Nadu, the government temporarily delicensed a number of private hospitals for excessively overcharging patients. Maharashtra had to cap charges for the treatment of Covid in private medical facilities following reports of patients being charged exorbitantly while Delhi Chief Minister Arvind Kejriwal had to warn private hospitals against “black marketing” in hospital beds for Covid patents.

Is such senselessness unique to India? And more importantly, who do the suffering people turn to under such overwhelming circumstances?

Given the kind of situation that is obtained today in most parts of the country, it is pertinent to look at the United Nations’ latest World Happiness Report (2021), “What does being a happy country mean during a pandemic?” The Report manifestly emphasises that what “make(s) all the difference” during the current trying times is trust in neighbours and public institutions. But sadly, today trust in public institutions is at its lowest. Even if trust in neighbours may be high given our usually high level of neighbourliness, the pandemic and its infectious nature means that neighbours can in any case be of limited help. In fact, it can be argued that faith in the societal groups and the institutions of the State has reached a nadir.

Key variables that the UN Report on World Happiness highlights are: “High GDP per capita, social support in times of need, absence of corruption in government, healthy life expectancy, freedom to make life choices, generosity or charity towards others”. The UN researchers have used these variables in their work on global life satisfaction. How many of these variables can Indians proudly proclaim as being relevant to us? If these variables do mean much or touch upon a large section of our citizens, then the prevalent state of affairs would not have occurred in the first place.

Can people who are such ardent followers of religious pursuits be so insensitive, callous, cold-hearted, and apathetic to the suffering and deaths of fellow-citizens, and indulge in the kind of misconduct that they are engaged in?

Transparency International, the global movement started in 1993 that seeks to reduce corruption and injustice by promoting transparency, places India at rank 86 among 180 countries; from an earlier ranking, it has slipped six places in 2020.  Does this ranking tell us that there indeed may be some correlation between hoarding, black-marketing and so on, and the corruption perception index? So, does this point to lack of honesty in a section of our citizens?

As part of a global experiment conducted across 40 countries, wallets with money were left in 355 cities. Eight cities across India (Ahmedabad in Gujarat, Bengaluru in Karnataka, Kolkata in West Bengal, Coimbatore in Tamil Nadu, Hyderabad in Andhra Pradesh, Jaipur in Rajasthan, Mumbai in Maharashtra and the national capital, New Delhi) were covered for the experiment, the findings of which were reported in July 2019 in the magazine ‘Science’. Wallets with money had 44% chance of being returned, and those without money had just 22% chance of being returned, across the Indian cities.

The experiment is at the interaction of economics and psychology, and interpreting the numbers is a complex and tricky exercise. The researchers wrote: “In virtually all countries, citizens were more likely to return wallets that contained more money. Neither non-experts nor professional economists were able to predict this result. Additional data suggest that our main findings can be explained by a combination of altruistic concerns and an aversion to viewing oneself as a thief, both of which increase with the material benefits of dishonesty.” The results from India showed that 56% pocketed the money that was in the wallets, even though more wallets with money were returned rather than those with no money. Does this point to a lack of honesty, seen in this experiment, that is reflected in some of the sordid behaviour evident in the midst of the pandemic?

Transparency International places India at rank 86 among 180 countries; from an earlier ranking, it has slipped six places in 2020.  Does this ranking tell us that there indeed may be some correlation between hoarding, black-marketing and so on, and the corruption perception index?

We Indians are thought to be quite God-fearing and deeply immersed in faith and the prevalent beliefs and rituals that abound. No other country, arguably, witnesses the kind of public involvement in the realm of religion as is seen in India. The congregations of various religious groups, majority and the minority, that throng temples, mosques, churches, various shrines and sacred rivers unambiguously vouch for this. Interestingly, the famous shrines are visited by people of all religions, regardless of the religion or sect or belief system within which the shrine sits.

In general, one would expect that those who are adherents of religions to such a high degree would have in them ideas of compassion and empathy. Can people who are such ardent followers of religious pursuits be so insensitive, callous, cold-hearted, and apathetic to the suffering and deaths of fellow-citizens, and indulge in the kind of misconduct that they are engaged in? One can of course argue that a few bad examples should not invite a general taint; yet a higher level of religiosity has not led to lesser corruption in general, pandemic or otherwise.  There have also been illustrious cases, notably of Sikhs holding “oxygen” ‘langars’ and in one case even opening a hospital for Covid-19 patients in double quick time.

There might be some merit in the argument that blind ritualism does not lead to an understanding of what the religion teaches, and the deeper messages are often lost in the din of the sounds that ring out loud, day after day. The fear is that the larger messages on a life well lived may be falling on many a deaf ear. 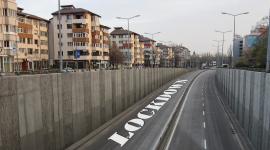 Some lessons as we prepare for ‘Lockdown 3.0‘
Covid-19 is a jolt to the way we work and live. The response, what the IMF has called “The Great... 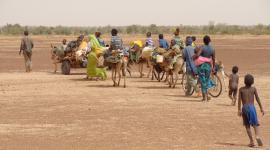 The Citizenship Bill muddle in Assam
The burning issue of the so-called illegal migrants in Assam and some other States in the North... 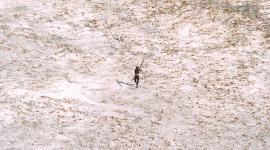 Why the Sentinelese are not culpable
If the American national, John Allen Chau, has been killed in the North Sentinel island, in the... Ultra patriotism and intolerance have no place in cricket
Do celebrities have proprietary rights over a country and should they use the love of their fans... 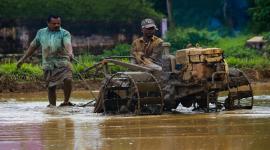