As widely expected, the MPC of the RBI kept the policy repo rate unchanged at 4 per cent in its second bi-monthly meeting in the current fiscal that ended on Friday. The current accommodative stance of the monetary policy will continue as well. The MPC is unanimously of the view that supporting growth impulses of the economy in a sustained manner continues to be the priority of the RBI, as the country reels under fresh devastation caused by the ‘second wave’ of the Covid-19 pandemic, which is now in the second year of its prevalence. The initial response of the equity market was mildly positive, and the G-sec yields were slightly higher.

Despite the severe shock the country’s job situation and demand, especially in the urban areas, have received in the wake of the ‘second wave’, the MPC has lowered its GDP growth projection for 2021-22 by only 100 basis points from 10.5 per cent (earlier announced in its last bi-monthly meeting) to 9.5 per cent, without, however, indicating risks, if any, to this projection. The revised GDP growth rate is premised on the forecast of a normal south-west monsoon, the resilience of agriculture and the farm economy, in general, early indications of the adoption of COVID-compatible operational models by businesses, the signs of global recovery and, above all, an early abatement of the ‘second wave’ in both urban and rural areas. Implicit in this reasoning is the hope that the current vaccination drive will be ramped up and the gaps in healthcare infrastructure and vital medical supplies will be bridged sooner rather than later. While it is correct to say that both Central and State governments are now doing their best in this regard, it will not be realistic to expect any spectacular result to be borne out of their efforts.

The revised GDP growth rate is premised on the forecast of a normal south-west monsoon, the resilience of agriculture and the farm economy, in general, early indications of the adoption of COVID-compatible operational models by businesses, the signs of global recovery and, above all, an early abatement of the ‘second wave’ in both urban and rural areas.

Global recovery is indeed picking momentum. But it will be premature to pin too much optimism on its positive influence on the Indian growth this fiscal. As per the recently released PMI Services Index data for May, 2021, foreign demand for Indian services shrank in April, 2021 at the fastest pace since November last year. The overall index showed a contraction as well.  Business expectations are declining again. Firms are experiencing rise in input costs, but are able to pass only a part of it to customers due to demand weakness. All in all, there are still many risks to a decent revival of growth in 2021-22.

CPI inflation has behaved well in the recent months and this may continue for the remainder of the first half of 2021, thanks to the favourable base effects. If the progress of the SW monsoon is normal and if the government is successful in insulating the prices of essential food items from any supply side disruptions, then the CPI inflation in 2021-22 is projected at 5.1 per cent, with risks broadly balanced. The downside risks are posed mainly by the current surge in crude oil price. This is a fair assessment.

RBI’s very aggressive US dollar/Indian rupee swaps involving spot sale and forward purchase of US dollars in the recent months have drawn the attention of many for a variety of reasons. The scale and pace of these operations were humungous and unprecedented by any reckoning. Quite obviously, some controversy and confusion as regards their true purpose and objective have also surfaced. To provide a perspective, during the seven-month period from August, 2020 to end-February, 2021, the net forward purchase commitment of RBI through sell-buy swaps rose from almost zero to a whopping US$ 73 billion. One consequence of this build-up of sell-buy swap positions has been a rapid rise in the forward premia, thereby making them significantly misaligned to the interest differential between India and the US. For example, the six-month forward premium rose to a high of 5.72 per cent in March, 2021.

Firms are experiencing rise in input costs, but are able to pass only a part of it to customers due to demand weakness.

The spurt in the price of the forward dollar, as a consequence, disturbed the balance in the foreign exchange and the money markets in more ways than one, creating price distortions and altering incentives of market participants: it made the hedging of import transactions more expensive suddenly, increasing the so-called ‘leads and lags’ in the inflow-outflow or demand-supply dynamics of the foreign exchange market. For the same reason, it made forex inflows in the nature of carry trades more attractive. Moreover, for the counterparty banks which borrowed US dollar liquidity from RBI for periods upto 12 months, it was a huge opportunity, provided they could profitably employ the fund so obtained.

Although granular information as regards bank-wise distribution of the US dollar liquidity so created by the RBI are hard to come by, it is obvious that it is skewed in favour of a few which have large international presence. There is nothing wrong, per se, in this, but it runs counter to the RBI’s claim that it also aims that liquidity creation is equitably distributed among all stakeholders. Interestingly, the RBI has been seen doing buy-sell swaps for the last few weeks, as a result of which the forward premia have fallen from their highs witnessed earlier. with the six-month premium being at around 4.10 per cent on Friday. This is still much higher vis-à-vis the interest differential. In principle, this situation runs counter to the accommodative stance of the monetary policy.

One consequence of this build-up of sell-buy swap positions has been a rapid rise in the forward premia, thereby making them significantly misaligned to the interest differential between India and the US.

In one of the three documents released on Friday, the RBI has attempted to defend itself against criticism about its heightened forex market operations in the recent months. However, its carefully crafted narrative in this regard is long on generalities and the use of catchwords like ‘pursue national objectives, stability and orderliness in market conditions etc.’ but short on providing any useful insight. Although the RBI’s limitations and constraints in being fully transparent both in respect of its precise objectives and how it evaluates the impact of its market operations are fully understandable, yet it is reasonable to surmise that at some point the authorities there will feel a need to communicate on the subject to all stakeholders in a more forthright and meaningful manner. Because there are serious and weighty issues involved here.

Going forward, further reduction in the policy rate looks possible, as the RBI has talked about the appearance of ‘some policy elbow room’ in this regard on the back of the better-than-expected headline inflation print at 4.3 per cent in April. However, there are concerns about the rising commodity and logistics prices. In all probability, the price of crude oil will hold the key.  It hit a two-year high on Wednesday with the Brent index rising above US$ 71 per barrel. The retail price of petrol has already crossed the psychologically important level of Rs. 100 per litre in several cities. The MPC has urged the Centre as well as the States to ‘adjust’ (read lower and rationalise) excise duties, cess and taxes imposed on petrol and diesel to contain input cost pressures emanating from their prices. The prospects of this happening soon do not seem to be very bright, though.

RBI's stitch-in-time act is spot on
It is only but very rarely that a central bank announces emergency liquidity and other measures...

MPC: Steady opening for 2nd innings
In its first meeting of 2021-22, the Monetary Policy Committee of the Reserve Bank of India kept... 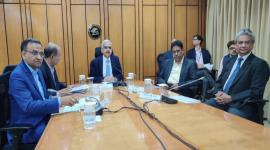 A monetary policy that strikes a chord with fisc
In India, it is customary for the RBI to lend support to the Central Government’s fiscal stance and... 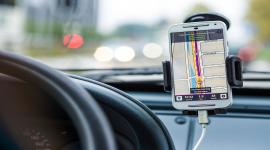 Blueprint for a post-pandemic economy
The finance minister, by swiftly replacing with a tablet, the red-coloured cloth bag containing...

Fault lines in RBI’s surplus transfer to govt
In the context of quasi fiscal operation, it is important to address RBI’s role and function as...