The Centre must pick up the tab for universal vaccine rollout

The worldometer shows real-time data of Covid-19 infections around the world. Most recently it is showing India as the country with the highest infections. Our daily infections are more than the cumulative total of the next eleven countries, including large countries like Turkey, USA and Brazil. The daily number is racing toward half a million and the daily death count too is above a thousand. The public health system around the country is struggling to meet the deluge of demands for oxygen, Remdesivir, hospital beds. Of course, simultaneously we are trying to get as many people vaccinated as fast as possible. It is ironic that the world’s biggest manufacturer of vaccines is running severely short of doses.

We could have avoided being in this situation if the vaccine makers had been given large and confirmed orders from the Central government in January itself if not much earlier. At a time when the domestic vaccine makers like the Serum Institute of India had export obligations since its vaccine is made by Astra Zeneca and Oxford University, it was imperative to lock up its production capacity well in advance for domestic use. Remember last year, the Indian Council of Medical Research (ICMR) had asked Bharat Biotech to be ready for the launch of the vaccine by Independence day  - August 15? What happened after that ambitious early target date? The Drug Controller General of India had also fast-tracked approval for phase 1 and 2 trials and wanted Bharat Biotech to speed up phase 3 trials and be ready for an early launch. In fact, BB’s vaccine called Covaxin seems to be the joint intellectual property of the government of India and BB, so the government could indeed have a greater say in the speed of deployment.

The faster we get the population immunised the earlier we can contain the pandemic. This is a race. For otherwise it can spread unchecked, with new variants forming, and mutations running wild. The new mutations can also spread to the world. That is why India’s covid-19 challenge has become a global challenge. That is why many countries on their own have come forward with offers of help in vaccines (Sputnik of Russia), or cryogenic tanks for oxygen (China)or other kinds of assistance.

The immunisation drive will prevent a fall in GDP and rise in unemployment.  It is for this reason that government should not act penny wise pound foolish.

Some countries have achieved very high proportions of the fully vaccinated. Leading this pack is Israel, which celebrated freedom from masks this week. But even USA is closing toward one third of the population in vaccination coverage, and the UK is not far behind. In India, 10 percent of the population has got the first dose and 1.5 percent have been fully vaccinated. The strategy was to cover the frontline people like healthcare workers and government servants, and then the elderly and then others. Because of the shortage of vaccines, the government prohibited private companies from bidding and buying (and possibly cornering the supply) of vaccines. But as of 1 May, both public and private sector companies as well as State governments and other organisations are going to be allowed. So far this vaccine allotment was done Centrally to the States, which in turn organised inoculation clinics across the State. From May 1 it is all being opened up.

Which leads us to the important question of pricing. For some reason the Centre has seen it fit to fix multiple prices for the same vaccine, depending on where you get it. The States will be charged Rs.400 per dose of Covishield, and the private buyers will be charged Rs. 600. The Central government paid Rs 150 per dose for both Covishield and Covaxin. The pricing on Sputnik is not known. The price of Covaxin for private buyers is supposed to be Rs. 1200 per dose, which translates to Rs.2400 per person. In a family of four, that is 9600 rupees, close to the full monthly per capita income of India! With a high proportion of the population living just above the poverty line, and at a time of pandemic induced recession and joblessness it is astonishing that one of the vaccines to immunise against Covid-19 is priced at close to the full monthly per capita income.

Making it available for free also removes the hassles of payment and collection or any possible vaccine hesitancy. Also remember that vaccine research gets huge public funding anyway, so zero pricing makes sense.

But the larger issue is this. The control of the pandemic is a public good. Meaning it will benefit both those who fell sick and recovered and those who did not fall sick. It will protect a much larger share of the population by sharply reducing future infection rates and fatalities. It will reduce the need for harsh lockdowns, which can reduce GDP sharply. Last year’s nationwide lockdown starting in March, caused GDP during that quarter to fall by 25 percent. And nearly 12 crore people lost their jobs. Later in the year the economy began to recover, but this second wave is threatening that recovery.  So, the immunisation drive will prevent a fall in GDP and rise in unemployment.  It is for this reason that government should not act penny wise pound foolish. The universal vaccine rollout must be funded from Central fiscal funds.

In her Union Budget speech the Finance Minister had said that she was allocating 35,000 crores for this purpose, and would stand by to add more budgetary allocation as needed. That need has come now, and the Centre must be willing to spend fully. At a cost of 150 rupees times 2, for 1.3 billion people it comes to 39,000 crore which is near the FM’s estimate. But even if it is double this amount it is necessary given that this vaccination drive is for the public good. Making it available for free also removes the hassles of payment and collection or any possible vaccine hesitancy. Also remember that vaccine research gets huge public funding anyway, so zero pricing makes sense. Of course, adequate returns i.e. not super-normal profits to vaccine manufacturers have to be ensured, but that is still not inconsistent with a publicly-funded vaccine rollout.

And lastly, this must not be left as a burden on State budgets since they are already reeling, and do not have the fiscal muscle to increase their borrowing. It is the Centre alone which can and must fund this drive at the lowest cost of borrowing.

Dr.Ajit Ranade is an economist and Senior Fellow, Takshashila Institution) 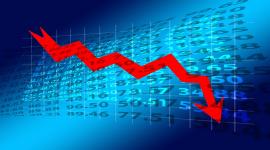 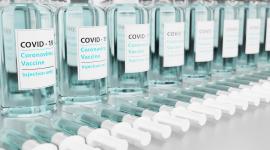 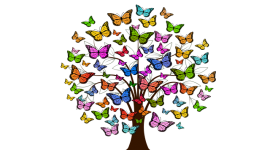 RBI embarks on quantitative easing
The Monetary Policy Committee (MPC) of the Reserve Bank of India meets every two months to decide...