Governments sometimes bury their heads in the sand, like ostriches, to avoid uncomfortable realities. The pandemic which destroyed livelihoods of millions of workers, and also the agitations of farmers concerned about their incomes, have compelled the government to face up to the structural problem of India’s economic growth. For even when growth was high, enough decent jobs were not generated for India’s burgeoning numbers of youth, as well as those migrating from rural/agricultural livelihoods to industrial and service jobs in urban areas. The systemic problem cannot be hidden any longer.

Sadly, many discussions about why the Indian economy is failing to generate enough jobs are stuck in the ‘we/them’ divide about which government caused the problem—the NDA during its seven years since 2014, or the UPA in its ten before. Partisans parse statistics to show that job creation in the UPA was better, forgetting that it was during the UPA’s time that alarms were rung, from within the UPA, about the slow growth of employment and incomes. The causes are structural. India’s policymakers and economists, on both sides of the aisle, must face up to this.

Because of the remarkable growth of its IT sector, some thought that India had leap-frogged over China into the services era. They assumed that young Indians could avoid messing around in factories and work in air-conditioned comfort in front of computer screens. However, alarm bells were rung about the sluggishness of the manufacturing sector’s growth. Not only because India’s IT sector can hardly absorb the hundreds of millions of Indians looking for work; but also because China had obtained a strategic advantage over India by building up extensive manufacturing capabilities, for power equipment, electronic hardware, etc.

The current attempt of the ‘developing ‘countries, supported by foreign aid (and foreign companies, I add), to infiltrate the £1,000-technology into their economies inevitably kills off the £1-technology at an alarming rate, destroying traditional workplaces at a much faster rate than modern workplaces can be created and producing the ‘dual economy’ with its attendant evils of mass unemployment and mass migration”.

The knee-jerk policy response was to press the throttle to increase the size of the manufacturing sector—to make it 25% of GDP. Whereas, to create more jobs, the composition of the sector’s growth matters more than its size. Large capital-intensive factories can add to manufacturing output; but do not increase employment proportionately. E.F. Schumacher, in his essay, ‘Industrialisation through Intermediate Technology’, published by the journal Resurgence in 1966, wrote: “If we define the level of technology in terms of ‘equipment cost per work-place’, we can call the indigenous technology of a typical developing country (symbolically speaking) a £1-technology, while that of the modern West could be called a £1,000-technology.

The current attempt of the ‘developing ‘countries, supported by foreign aid (and foreign companies, I add), to infiltrate the £1,000-technology into their economies inevitably kills off the £1-technology at an alarming rate, destroying traditional workplaces at a much faster rate than modern workplaces can be created and producing the ‘dual economy’ with its attendant evils of mass unemployment and mass migration”. Schumacher had warned there was a malaise brewing beneath the drive to ‘Westernise’ and ‘technologize’ economies. The harsh lockdown of the economy to prevent the spread of COVID-19 caused the evils of mass unemployment and mass migration to spill out for everyone to see.

Technology should be applied for enlarging and strengthening clusters and networked enterprises rather than displacing workers with automation.

Writing 55 years later, Dani Rodrik recalls Schumacher’s prescient warning about “the technology dilemma that low-income countries confront” (Rodrik @2021/Project Syndicate). Examining Africa’s ‘manufacturing renaissance’, he says “few good jobs have been created in the more modern, formal, and productive manufacturing branches. Formal jobs have been stagnant, with the bulk of the manufacturing employment coming from small enterprises.” He says that, along with the internal human endowments they had developed, global circumstances favourable to Western-style industrialisation, helped some East Asian countries ride a global wave. India has not yet built its human infrastructure of public education and health. Also, the global environment has changed. India cannot adopt those countries’ strategies, and must develop a strategy to fits its needs now.

Debates amongst experts about solutions for India’s economy sound like the proverbial discussions about re-arranging the deck chairs on the Titanic. Whereas, what is required is a redesign of the ship’s architecture. Experts’ solutions for a problem are constrained by the ‘theories-in-use’ in their professions. Three fundamental ideas driving current economic policies must be re-examined.

The first is the measurement of productivity. As mentioned before, the productivity of the Indian economy, and productivity of its enterprises, should be measured by the numbers of decent jobs created per unit of capital, rather than the output per employee (which can be increased by applying more capital). This will require innovative solutions for application of technology.

Government policies must support smaller, and even informal, enterprises, rather than obsess with attracting capital for large enterprises.

The second is the application of the concept of ‘economies of scope’, rather than ‘economies of scale’. Large factories may have economies of scale within them. However, their impact on the environment can be harmful, and their impact on society not beneficial (too few people employed within). Therefore the ‘scope’ of the enterprise must be expanded to include many small, employment generating enterprises within a coordinated network. Technology should be applied for enlarging and strengthening clusters and networked enterprises rather than displacing workers with automation.

The third is the role of governments in developing industrial capabilities. Governments interfere with markets, some economists say, and should leave economic growth to the private sector. Governments should not run industrial enterprises themselves. However, history shows that countries have always built competitive, private sector, industrial capabilities with government support. Even India’s vaunted IT sector grew, not because government was absent, but because the State had built the human resource infrastructure which gave Indian enterprises their competitive advantage.

India, with its large size and diversity, can itself be a very a large market, provided people in the country have more incomes. To have more incomes, they must be engaged in productive work which improves their skills, so that they can earn more as they learn. India should seize opportunities to export. However, exports cannot be the primary engine of India’s economic growth. In a large developing country which India is, human rich and capital hungry, government policies must support smaller, and even informal, enterprises, rather than obsess with attracting capital for large enterprises. More exports, in a competitive world, will be an outcome of the growth of capabilities of enterprises in India.

(The writer is a former member of the Planning Commission and author of  “The Learning Factory: How the Leaders of Tata Became Nation Builders” 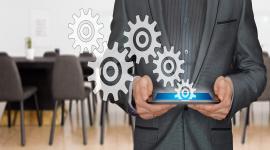 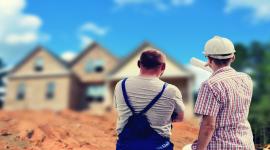 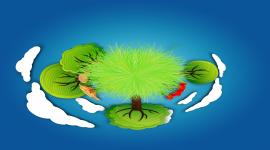 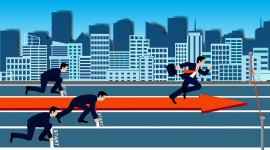