Dangerous over reliance on market forces

A majority of Indians suffered in multiple ways during the last year. The crisis that started before Covid came to India, and became increasingly severe during the lockdown, is continuing after the gradual opening of the economy.   A number of global and Indian studies have drawn attention to the severity of the crisis. The Davos India Supplement on rising inequalities in India, reports by the ILO, IMF, World Bank, the Global Hunger Report, CMIE and innumerable Indian studies have documented the rising unemployment, increasing hunger, malnutrition, deceleration in health, job losses and the increase in the overall vulnerability of the Indian middle and lower classes.  The rich not only escaped this hardship but the wealth of Indian billionaires increased by 35% during the lockdown.

During the gradual unlocking of the economy, the increase in employment has been labour saving, with low wages and no social security.  The slow growth that India is experiencing today is profit-led and not wage-led.  The expectation was that the budget would answer these concerns urgently.

The slow growth that India is experiencing today is profit-led and not wage-led.

The first expectation was of a redistribution of wealth and income to fund the pro-poor growth with higher wealth tax, capital gains tax and income tax on the very rich, but this section has been left untouched. The basic approach of the budget is to push up the rate of growth of the GDP through market forces. The funding of the budget proposals will come from disinvestment (sale of PSUs and public properties), selling of surplus government land, relaxation for FDI, and privatisation of public properties. This approach of the government is very inefficient, as the markets in India are monopolistic or oligopolistic, and are likely to lead to further inequalities without benefitting workers and the poor. Also, it is a fallacy that the rich generate jobs. The adoption of the latest capital-intensive technologies by them to remain globally competitive will only make growth increasingly less labour intensive. The rising inequalities are dangerous for democracy as it strengthens the unholy alliance of the rich and the ruling party.  In short, the basic ideology of the budget is dangerous for the country.

Another major expectation from the budget was in the field of education.   There are two reasons for this:  one, the blatant deprivation of education to masses of children, and two, the launching of the New Education Policy with fan-fare recently.  To start with, 71% of government schools and 19 % of private schools closed down during the lockdown, and are still closed, with the result that most poor children are deprived of education. In addition, many other children could not manage on-line studies either because they had no smart phone/tablet/laptop or only a phone shared with the family. Also, many could not keep up with online studies, for varying reasons including supporting the family with parents losing jobs.  It is estimated that about 30-40 % students could not manage on-line education.

The basic approach of the budget is to push up the rate of growth of the GDP through market forces. This is very inefficient, as the markets in India are monopolistic or oligopolistic, and are likely to lead to further inequalities without benefitting workers and the poor.

In short, the already wide gap between the education of students from rich and upper-middle-class households and the others became much wider. Considering the fact most schools are still not opened, the gap is getting wider. This is the loss is of the next generation and thus the loss of the country. The budget could have helped by taking a jump in facilitating digital education for disadvantaged children.  It could have allotted funds for investing in tablets, smart phones or laptops. But that is clearly not a priority of our policy makers.  To make matters worse, the budget for the Midday Meal Scheme, which attracts children to school, is slashed by Rs 1400 crore.

The NEP was launched recently with one major focus on early childhood development, which is critically important for holistic development of our young ones. Looking to the fact that studies after studies have brought out a wider gap between the present Anganwadis and the concepts of early childhood development, one expected huge investment on infrastructure, training and appointment of highly qualified persons in Anganwadis and nurseries.   But the budget is totally silent on this.  Instead of increasing the budget for education it is less this year by as much as Rs. 6087 crores. This can only be called the criminal neglect of India’s future generation. Finally, with 79-80 % literacy the country cannot include the vast majority in the high-tech growth the government talks about.

Instead of increasing the budget for education it is less this year by as much as Rs. 6087 crores. This can only be called the criminal neglect of India’s future generation.

The third major expectation was in the area of employment.  It is now clear that the current economic growth today is not going to absorb all those who lost their occupations. Thus, many returned migrant workers are trying their luck in highly precarious petty jobs.  This is because growth is getting increasingly more labour saving, as employers are turning to more capital-intensive technologies. For example, labour intensive sectors like diamond cutting and polishing or the textiles and garment industry are using labour saving new technologies.  Again, MSMEs that can be highly labour intensive have received a much smaller allocation in this budget. And, as seen above, the corporate sector will not generate large scale employment.

In such a situation, MGNREGA could be very useful.  In fact, it has proved to be a good safety net during the lockdown.  The budget allocation on MGNREGA however is cut by Rs 33417 crore.  It is important to note that MGNREGA is not a charity, or a mere safety net.  It has two major roles to play in the economy: (1) regeneration of the environment and infrastructure development at the local level (not just national and State high ways), and (2) improving the quality of employment in terms of wages as well as other facilities including social security. Both the roles are critical for the development of the local economy. Both generate massive employment in the second round also.   In fact, one expected an urban employment guarantee programme also from the budget. Again, silence!

In short, the future of employment does not appear to be very bright in India! The budget is a great disappointment to the Indian masses.

Incidentally, the election orientation of the budget is something that is not hidden from the eyes of the public.  The selection of States for upscaling infrastructure is evidently not need-based but is based on propaganda requirements for the forthcoming State elections!

(Dr.Indira Hirway is Director and Professor of Economics, Center For Development Alternatives, Ahmedabad) 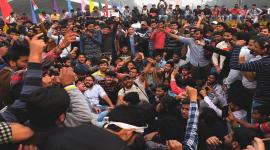 Act now to protect migrant workers
We are witnessing a great humanitarian tragedy unfolding right in front of our eyes: large groups... 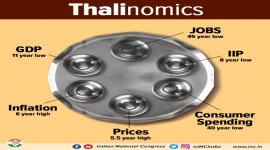 A big disappointment: No admission of a slowdown
To begin with, the Finance Minister does not even recognise that the economy is experiencing a...

‘New India’ needs a broad vision
Looking at the present conditions in India, anybody would expect the budget to address the most... 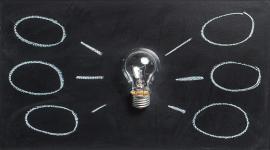 Are the targets given in the Budget doable?
There is no doubt that the budget has come out with several new ideas. However, there are a few...