Do not tinker with ‘Flexible Inflation Targeting’

To shoot the bird’s eye, you need to see only the eye and nothing else, so goes the well-known Indian proverb. This was the simple underpinning of the Flexible Inflation Targeting, or FIT, approach that has served the RBI’s monetary policy for the last four years. Inflation was the clean, clear target. The FIT worked with a band that specified a target for inflation at an average of 4 per cent but open to swinging up or down by two percentage points. The cycle comes to an end this fiscal (Mar. 31,2021), and the government has now to notify the average and the band within which the FIT will operate from hereon. The question now is: is the current average and band good enough or given the experience of the last four years, does this need to change? The RBI Governor Shaktikanta Das is on record as having said that a wider inflation target band will be meaningless as it will dilute its effectiveness in setting monetary policy.

The adaptation of FIT through a legislative mandate on September 29, 2016 stands as a landmark decision and a milestone in the monetary and fiscal interface. India since than followed a contractual approach of inflation targeting under which the government decides and notifies the target, and gives the central bank operational independence so that it can operate the policy instruments to deliver on the agreed target.

Flexible Inflation Targeting has worked reasonably well with the average of 4 per cent and a band of +/- 2 per cent. A reasonable band of 2 per cent on the lower side and 6 per cent on the upper side gives the RBI maneuverability for inflation management in a country like India, which has many uncontrollable variables, the most notable of which are the monsoons. Besides food inflation, fuel inflation is also dependent upon the volatility of crude oil prices.

Furthermore, over the years, there has been an increase in the percentage share of inflation targeting economies, particularly emerging market economies. In 2019, 21.4 percent of the total member countries of IMF operated their monetary policy with inflation targeting as against 16.3 per cent of the total member countries in 2010. Most of these Central Banks operate with a band but a few central banks like European Central Bank (ECB) and the Federal Reserve of the US operate with a strict target of 2 per cent.  Most of the Central banks operate in a band where the upper end is 6 per cent and the lower band varies within a range of 1 per cent and 3 per cent. Almost all countries target CPI Inflation.

Now let us turn to the track record of FIT in the context of the monetary policy objective, which is formally written as delivering “price stability keeping in mind growth”. Since the inception of FIT in 2016,  GDP growth during the first four years (staring 2016-17 and ending 2019-20) stood at 8.26, 7.04, 6.12 and 4.18 (all in Y-o-Y and in percentage terms ). The average inflation rate remained, during the same period, at 4.5, 3.6, 3.4 and 4.8 (in percentage terms) Thus, it can be said that during the first four years, the mandate has been met and to that extent it can be said that the monetary policy has been effective.

The onset of the Sars-Cov-2 pandemic, however, has put severe pressure on the monetary policy objective with unprecedented contraction in the growth rate of 23.9 per cent in Q1 and 7.5 per cent in Q2 of 2020-21, and an estimated contraction of 7.7 per cent for the full financial year of 2020-21. The worrisome feature is that the headline inflation rate remained above the upper band of 6 per cent for eight consecutive months during the period April–November 2020 within a range of 6.20 per cent in June 2020 and 7.61 per cent in October 2020. However, the December 2020  CPI inflation  print released on January 12, 2021 has recorded the headline inflation rate at 4.59 per cent on Y-o-Y basis mainly on account of deceleration in food inflation by 3.87 per cent.

Indian society has zero tolerance for a double-digit inflation rate and a rate higher than 6 per cent will have the potential threat of moving closer to double digits.

In this context it is important to mention that Monetary Policy Committee (MPC) in its December 04, 2020 resolution has stated that the  inflation rate will come down to 5.8 per cent in Q4 of 2020-21 and a 5.2 per cent to 4.6 per cent in H1:2021-22, with risks broadly balanced. Thus, RBI is hopeful of returning to the target as soon as the supply side bottlenecks ease. Against the above back drop, the moot question is: should the government revise the FIT in its notification as the mandate to the MPC is revisited? The short answer is ‘No’.

Why not?  Several reasons are articulated here.

FIT has worked reasonably well with the average of 4 per cent and a band of +/- 2 per cent. A reasonable band of 2 per cent on the lower side and 6 per cent on the upper side gives the RBI maneuverability for inflation management in a country like India, which has many uncontrollable variables, the most notable of which are the monsoons. Besides food inflation, fuel inflation is also dependent upon the volatility of crude oil prices.

What is required is not the change in FIT but an effective fiscal and monetary interface with responsible and functional autonomy to the RBI.

On the lower side of the band, any inflation rate lower than 2 per cent has the potential risk of the economy entering in a deflationary situation. Prior to the adaptation of FIT, RBI did not have the exposure in terms of responding to the CPI inflation, which gives a weightage of around 46 per cent to food inflation on which the RBI has no control as WPI was taken as inflation measurement. Over the four- year period, RBI’s CPI inflation forecasting (which is the intermediate target of the current monetary policy framework) has been reasonably successful. As the evidence suggests, RBI has also been effective in anchoring inflation expectation in a three-month and one-year ahead time frame.

FIT should not be considered as a statistical measure to balance the risk of inflation alone. In many senses, it is a barometer of measuring the quality of macroeconomic management particularly in a country where poverty predominates. As the late Savak Tarapore, former deputy governor of the RBI and a central banker known for his work for ordinary citizens used to say: “Inflation is the No 1 enemy of the poor”. Inflation management is critical and so also the current monetary policy objective of delivering “price stability keeping in mind growth”.

What is required is not the change in FIT but an effective fiscal and monetary interface with responsible and functional autonomy to the RBI. In these challenging times, the need is to tinker not with inflation targeting, but to allow the RBI autonomy with less fiscal dominance.

(Dr. R K Pattnaik is a former Central banker and a faculty member at Bhavan’s SPJIMR) (Views are personal) 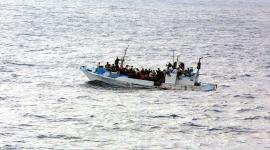 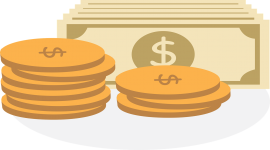 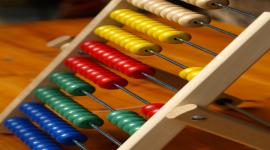 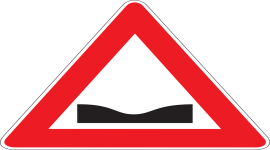