The annual Union Budget will be presented in less than two weeks. It is a constitutional requirement, since not even a single rupee can be spent from the exchequer without the parliament’s permission. The discussion and debate around the budget proposals might be heated, but given the majority of the ruling party, the passage of the budget proposals is a given. The upper house of parliament does not have any effective veto over the passage of the finance bill. Most of the budget-related measures and initiatives are probably frozen by now. Even then it is worth speculating what they might be.

Two areas where the Central government needs to put more resources in the coming fiscal year, are in infrastructure and banking

The budget is being presented under fairly unusual circumstances. It is the first time in forty years, that a budget is being presented after a recession, i.e. when the national income has contracted. The expectation is that in real terms, GDP for the fiscal year 2020-21 fell by around 8 percent, and in nominal terms by around 4 percent. In normal times, of positive GDP growth, budgeting is done mostly as an extrapolation of the previous year. That is not to say, that completely new, and radical measures cannot be contemplated. But most projections and proposals on an aggregate basis are increments over the previous year. Thus, if nominal GDP grows by around 12 percent, then tax growth is budgeted at say 18 to 20 percent and so on. For next year’s budget such increments to base line are not likely nor are they appropriate. If anything, the finance minister is likely to pay little attention to the size of the fiscal deficit.  Growth stimulus and employment generation are the highest priorities. Which means that the aggregate budget size could be as high as rupees 36 trillion, or about 20 percent higher than last year’s budget size. In turn the size of the deficit, which is also the size of aggregate borrowing could be as high as 12 trillion, or about 6 percent of the GDP.

Two areas where the Central government needs to put more resources in the coming fiscal year, are in infrastructure and banking. Just a few months before last year’s lockdown, the finance minister had unveiled the national infrastructure pipeline, a collection of over 7000 projects aggregating 111 trillion rupees of spending over a period of five years. Of course, bulk of the spending will be from the private sector, both domestic and foreign. It will be a combination of equity and debt financing. That translates to roughly 22 trillion rupees to be spent every year. Surely at least 10 to 15 percent of that should come via government sources, whether financed through sovereign infrastructure bonds or as directly provided seed money.  Thus, the budget should make a provision of no less than 2 to 3 trillion rupees toward infrastructure.

As indicated by the RBI report, if the bad loan ration rises to 12 percent, it would call for at least a 2 trillion-rupee injection by the Central government into public sector banks. This capital injection is necessary to support loan and credit growth to the rest of the economy.

The second area is that of banking. The recent financial stability report published by the Reserve Bank of India, gives a very sobering picture of bank capital requirement. During the lockdown phase the regulator has shown much forbearance. We have had a moratorium and a standstill on the recognition of failed loan repayments. So quite counterintuitively, the non-performing asset ratio of banks has improved in the September ending quarter.  But the day of reckoning is not far. When the moratorium period is over, and this issue is currently stuck in the Supreme Court, then the NPA ratio might jump.

Additionally, as indicated by the K V Kamath committee report, there are 26 sectors undergoing stress, and those loans, cumulatively worth 48 trillion need restructuring, so that they are not classified as non-performing loans. As indicated by the RBI report, if the bad loan ration rises to 12 percent, it would call for at least a 2 trillion-rupee injection by the Central government into public sector banks. This capital injection is necessary to support loan and credit growth to the rest of the economy.  If the economy has to grow at 7 or 8 percent, then bank credit must grow at 15 to 20 percent, which means there has to be adequate banking capital to support such loan growth.

The Union Budget has to provide for this banking capital. Of course, it can also be raised by privatisation. All the distributed bank ownership can be consolidated in a holding super-company, which can invite up to 75 percent private investment. This is not as radical as it sounds, and indeed has been suggested by several committees. By privatising the holding company, the government can save some budgetary outgo. And by letting each public sector bank, which would become a subsidiary of the apex company, run by their respective boards, it will also improve the governance in those banks.

Covering 500 million people with vaccines in about 18 months will be a herculean task. But not only will this be a huge confidence booster for business and consumers, it will also prove to be a de facto fiscal stimulus.

Apart from the two obvious big commitments on infra and banking, there is a plethora of asks, from various sectors, such as healthcare, startups, renewable energy, education and skilling, rural employment guarantee and so on. In particular, after the experience of the pandemic, surely India’s healthcare spending by the public sector must at least double to around 6 trillion rupees. If the vaccination is going to be provided free to all, as was promised before the Bihar elections, then that would mean an aggregate burden of at least 2 trillion rupees. Covering 500 million people with vaccines in about 18 months will be a herculean task. But not only will this be a huge confidence booster for business and consumers, it will also prove to be a de facto fiscal stimulus.

Beyond these big initiatives, there are committed expenditures such as interest payments on past debt (about 6 trillion rupees), food and fertiliser subsidies (3 trillion rupees), military spending including the OROP pension cost (6 trillion). That leaves very little room for game-changing ideas or radical departures from the past. Perhaps this will be seen on the revenue side. Maybe floating a Covid bond or a sovereign dollar bond to raise resources? Or a gold amnesty scheme to unlock part of the huge horde in the country? We will find out soon enough! 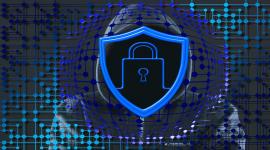 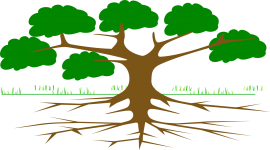 A growth-oriented fiscal stimulus
The government cannot spend even a rupee without the consent of parliament. hence its annual... 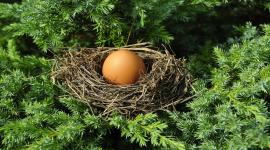 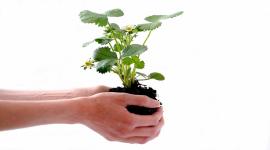