What the farmers are telling us

The farmers of India, led by the feisty fighters from Punjab, have made their opposition to the farm bills very clear. The issues are complex but faces never-before seen on television and on YouTube et al have explained them rather well and told us why they stand against the bills that were rushed through Parliament with no debate. To the extent the new laws are the handiwork of the BJP and are pushed by its leadership, the protestors have taken a stand against the party and the Prime Minister Narendra Modi. This is a political fight in which the PM isn’t backing down yet, but he isn’t in the lead. His much-hyped communications skills and vaunted political craft pale in comparison to the farmers’ explanations of why they have taken this hard stance against the government.

In a line, the farmers are saying this: don’t kill the mandis that have stood the test of time and leave us to the vagaries of private traders, corporates or what are called market forces.

While this clean and clear framing stands out, we cannot miss that the agitation is even more a vote of no confidence against the private sector of India. This is the lesser said story of the protests and it carries implications beyond the immediate battle and how it eventually turns out.

The farmers are saying this: don’t kill the mandis that have stood the test of time and leave us to the vagaries of private traders, corporates or what are called market forces.

Thirty years after India took the path of economic reforms under Dr. Manmohan Singh as the finance minister, here is the peasantry of India saying that large corporates have not inspired confidence and do not have a track record that offers comfort. As a result, they are unwilling to leave the security of a government-guaranteed support price for their produce, duly legislated so that it is armed with the teeth of the law. It is not insignificant that large corporates are being named as crony capitalists but they only serve to give specifics, the concreteness, the ‘gotcha’ and the proof as it were, of what the farmers believe and present as a headline concern. And this concern is against large corporate machines that the government wishes and hopes will change India’s rural landscape.

Exposing the average Indian farmer, small holder, with little or no bargaining power, less savvy about contracts and fine print, to these large entities is not something the vast majority now sitting in protest are willing to stomach.  In fact, they appear convinced that this is the game of the big against the small, of the powerful against the weak, or corporates against the people. That frames the agitation rather well as the battle of the people on the streets versus the combine of big business and the government in its pocket.

This is a tear in the political fabric of India. It indicates that the hopes and promises that came with the path of ‘Reforms 1.0’, packaged in all the uplifting rhetoric that Dr. Singh offered in his maiden speech as finance minister on 24 July 1991 have come to naught. Then, Singh quoted Victor Hugo to say: “no power on earth can stop an idea whose time has come.” That idea was India as an economic superpower. The turn that would be called liberalisation was meant to take India away from the so-called Hindu rate of growth, of the clutches of the license-permit-quota Raj and of corruption, nepotism and a perennial shortage of goods and services.

Exposing the average Indian farmer, small holder, with little or no bargaining power, less savvy about contracts and fine print, to these large entities is not something the vast majority now sitting in protest are willing to stomach.

A new generation of Indians born under liberalisation is now at work – in urban and rural areas. Yet, these years under economic reforms haven’t convinced the masses of India that the private sector can work in a fruitful partnership to deliver growth with fairness and balance in areas where the government has failed. In fact, where the government failed, the government can be nudged, pushed or in extreme cases voted out. The Congress has been dethroned, after all. But the private sector hasn’t. The same biggies and power brokers rule the roost, or so goes the narrative.

So, in many eyes, this sector may be the new zamindari that sits as the superpower, a law unto itself that gets the government to act on its behalf as it recently did by suspending labour laws in several States so that the workers are forced back to the shop floor and are not allowed to demand their share. Combine this with the recent bank failures, the rising tide of NPAs, the housing boom and bust, the scamsters who scooted the country, the extortionist policies of private hospitals most recently during the pandemic, the sharp practices of the insurance companies, the PSUs being run to the ground – all hammer in the message that we need the government to protect us against sharks and Shylocks in business.

So, in many eyes, the private sector may be the new zamindari that sits as the superpower, a law unto itself that gets the government to act on its behalf as it recently did by suspending labour laws in several States so that the workers are forced back to the shop floor and are not allowed to demand their share.

It is immaterial whether business has kept its side of the bargain or not. It is material that this is how the narrative is framed and has taken hold in the minds of the people. Under reforms, growth accelerated, the command-and-control economy was dismantled, and scarcities disappeared. Many achievements have been recounted. We certainly pushed on the pedal but it has been an uncomfortable ride.  The current protests tell us that pushing this pedal further has its limits and the cylinders of the socio-politico engine will burst if the car is driven too fast on this path. This is the political limit to the so-called ‘Economic Reforms 2.0’.

There is a lot of spade work to be done; it is for the political establishment to show and to prove that that it will be the watchdog for the people, always protecting the interests of the common citizen while it aligns policy to make it easy for businesses to operate but impossible for them to deliver a bad bargain for the common man. Today, that is not the case. Contracts can be enforced and even manipulated only by the contractor/employer, not the contracted/employed.  Businesses cannot grow and innovation won’t come if the environment laws are relaxed as they were recently; it’ll come when businesses are told they must strictly follow norms and must face the full brunt of the law when they violate or cut corners. This means the Prime Minister of India cannot be seen, almost like a model, in full page ads of a chosen business house. That tells us the story of why reforms won’t progress because the government has told us that it is on the side of big business, not on the side of the people of India. That is the precise complaint of the farmers of India. 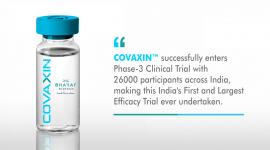 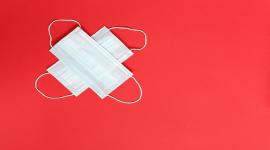 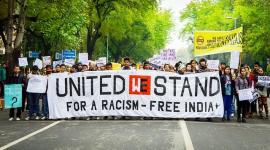 Neutralising "too much democracy"
The BJP has distanced itself from the remarks by the CEO of Niti Aayog Amitabh Kant that India has... 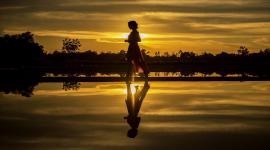 Embracing nature during a pandemic
Our relationship with nature is delightfully summed up in this quote from the popular tele-serial ‘... 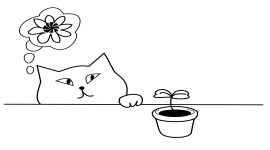 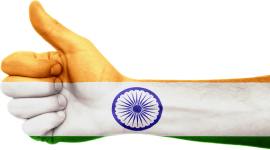