The fall and fall of America

The world’s most-watched election is today, Nov.03, with Joe Biden in the lead but pollsters still unsure if he will make it to the White House. The prospects of a Donald Trump victory are bleak but not many are ruling out a repeat of the kind we saw four years ago, when Hillary Clinton, the then favourite according to most pollsters, lost the Electoral College even though she got more votes overall than Trump.

Late reports have it that in Pennsylvania, a key battleground State and the place he was raised, Biden had a teeny five-point lead. Pennsylvania voted Trump in the last election by a difference of 0.72%, the narrowest seen in 172 years! A small set of people therefore will eventually decide who becomes President. Twists and turns such as these bring to mind the words of historian Will Durant, who wrote, “History is largely the battle of a few minorities, the winner of which is then lauded as the victor by the majority.”

In sum, this is not an election where the outcome is as clear as it is in the minds of many we might think of as “right-thinking individuals” who worry that Trump is unfit for any office, let alone the office known by the odd-sounding acronym of POTUS. Even The Pittsburgh Post-Gazette, a large newspaper in Pennsylvania which has endorsed Trump (the first time it has endorsed a Republican candidate since 1972), put out this caveat on his failings: “We share the embarrassment of millions of Americans who are disturbed by the president’s unpresidential manners and character — his rudeness and put-downs and bragging and bending of the truth.”  Yet, the paper’s editorial board endorsed Trump for his support of the petrochemicals sector and criticised Biden for his (misunderstood) promise to end fracking, and what the paper called his other “cuckoo California dreams” of green jobs.

The first and so far only nation to land a man on the moon and to put in place money and technology to explore deep space, today has a significant proportion of its people believing in looney tales.

That is only a partisan endorsement of a candidate based on local priorities but one cannot deny that there is a lot else that’s cuckoo about America today. The entire election drama is fascinating in that it provides some insight into the working (or the unravelling) of democracy in a nation that is acknowledged as the only super power of the globe today. Wild ideas have gained currency, fringe has gone mainstream, decency is at a discount and reasonableness is discarded as unreasonable. The first and so far only nation to land a man on the moon and to put in place money and technology to explore deep space, today has a significant proportion of its people believing in looney tales.

Consider the conspiracy theory that goes by the name QAnon, which has found surprising support and gone from being a fringe movement to some force in the election. Trump has refused to condemn the far right movement, responding to a question by almost playing along, “If I can help save the world from problems, I’m willing to do that.” One report said at least 19 House Republican candidates who have supported QAnon are on the ballot.

The QAnon “theory” holds that America is run by a parallel State that works with cannibalistic elites and Satan-worshipping paedophiles, and President Trump is the only one who can stop them. In the conspiracy are linked of course Biden, Barack Obama, Hillary Clinton, liberal Hollywood stars, and business magnets – almost everyone who questions Trump and supports the Democrats. The story line carries juicy and wild details that can trap the uninformed but the wilder it gets, the faster it appears to spread. In March, the non-profit polling organisation Pew reported that 23% Americans had heard about QAnon; in a new poll conducted in August and September, this number jumped to 47%.

That he has been a part of the system for four years almost unchecked and comes as a close contender for a second run tells us about the rottenness of a system that is flush with data points, surveys, sophisticated analyses and swing meters.

One might ask about the health of a nation, the strength of its inner reserve or the moral fibre running thorough society for these narratives to take hold, for one man like Trump to come along and drag the conversation down to a level that shames the nation and to stand tall amidst all the ruin he has inflicted. The questions should hold whether Trump wins or not. That he has been a part of the system for four years almost unchecked and comes as a close contender for a second run tells us about the rottenness of a system that is flush with data points, surveys, sophisticated analyses and swing meters. We are only one conspiracy theory away from embracing the devil.

This is the price to be paid when almost an entire generation of citizens has grown on a diet of modern-day entertainment-laced debate that ignores the substance and overemphasises the form. What is one to expect when Presidential outcomes can be decided based on the soundbite and the headline, or the appearance of a candidate, or based on debates that are like an elaborate attention-grabbing drama? As candidates speak in a much-hyped event called The Presidential debates, television keeps up the charade with ridiculous minute-by-minute tracking of moods, swings and the so-called pulse of the “undecideds”.

This is the tyranny of the smart soundbite – it appears to catch the attention, get the cheers and draw the crowds but it dumbs down everybody and delivers a system where soundbites, not substance, will decide the most important issues of the day.

We can do ever more sophisticated studies, representative and larger samples or complex quantitative analyses, but in those numbers is lost the larger story of a nation that did not see or know or even learn that it is headed to disaster and that the enemy lies within. This is the tyranny of the smart soundbite – it appears to catch the attention, get the cheers and draw the crowds but it dumbs down everybody and delivers a system where soundbites, not substance, will decide the most important issues of the day.

In the 1985 book “Amusing Ourselves to Death: Public Discourse in the Age of Show Business”, the author Neil Postman writes: “When a population becomes distracted by trivia, when cultural life is redefined as a perpetual round of entertainments, when serious public conversation becomes a form of baby-talk, when, in short, a people become an audience and their public business a vaudeville act, then a nation finds itself at risk…” The warning is apt, for America, and equally for India.

(The writer is a journalist and a faculty member at SPJIMR) 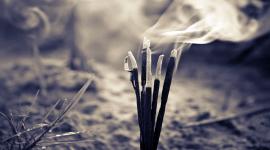 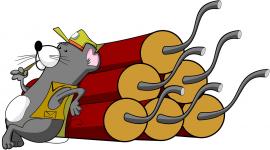