‘Shares’ vs ‘values’ conflict in business

The Covid pandemic has highlighted the urgency for economists to find a ‘new normal’ economics, which they have been searching for ever since the global financial crisis proved that the old economics was not working. Even before the financial crisis, the Edelman Trust Barometer, a global survey, had revealed that people were losing trust in business corporations. This month, the US Congress hauled up CEOs of social media companies—the new corporate giants—for social irresponsibility. Clearly, businesses cannot carry on the way they are. They must become accountable to society.

Therefore, it is surprising when Prof. Raghuram Rajan, a greatly admired economist in India and elsewhere too, writes that “Shareholder value isn’t past its sell-by date as a corporate goal” (@2020 project syndicate). Prof. Rajan says The Business Roundtable, a group of the largest US corporations, was mis-guided to ‘respond to the public mood’, to declare, ‘Each of our stakeholders is essential. We commit to deliver value to all of them.’

Responding to pressure from the public, and to their own consciences too, many business leaders have voluntarily developed comprehensive scorecards, such as the Global Reporting Initiative, the UN Global Compact, and (in India), the National Voluntary Guidelines. Rajan implies this is wrong-headed, and businesses should return to the Chicago doctrine of focusing on the measurement of shareholder value.

Exactly fifty years ago, in September 1970, Milton Friedman, the Noble Laureate economist, wrote in the New York Times that the business of business must be only to make profits for its shareholders. Friedman was the most prominent thought-leader of the Chicago School of economics; Prof. Rajan teaches in the same university. Rajan says “If companies want to maximise their shares’ value, they will train workers, and encourage sustainable practices from the suppliers”. The evidence, however, is that they don’t. When focused only on their own profits and share price, they treat society and the environment as ‘externalities’, the harm to which is not deducted from their profits.

A good management principle is that you can manage only what you measure. Therefore, if you measure only profits and share values, that is only what will be managed. Responding to pressure from the public, and to their own consciences too, many business leaders have voluntarily developed comprehensive scorecards, such as the Global Reporting Initiative, the UN Global Compact, and (in India), the National Voluntary Guidelines. Rajan implies this is wrong-headed, and businesses should return to the Chicago doctrine of focusing on the measurement of shareholder value.

Ideas are hard to change, Thomas Kuhn explained in The Structure of Scientific Revolutions. An ecosystem of vested interests builds around an idea, and the idea then becomes a ‘paradigm’. Thus, a large network of inter-locked industries has grown around the use of fossil fuels: coal and oil producers, power companies, vehicles powered by internal combustion engines, and countries with large fossil fuel resources. This system will resist the shift to de-fossilisation to slow climate change.

A large industry has grown around the idea of shareholder value—investors, stock markets, financial analysts, venture capitalists, and economists who provide them intellectual ammunition. The enormous wealth created in this ‘de-materialised’ industry in the last thirty years has resulted in huge inequalities in wealth, between those who work and live in the ‘real’ economy, and those who operate in this world of virtual wealth. CEOs who want to change the world from within, like The Business Roundtable, are being pushed back by the system around them.

The economics and management paradigm that has become normal in the last fifty years is based on two tenets. The first is the wrong belief that all human beings are rational, self-interested economic agents. Business corporations are run on the same principle when their managers are charged to look after the interests of their own corporations’ shareholders. In a world filled with only selfish agents, economists say that the care of the common good is produced by the operation of an invisible hand. These ‘rational’ economists ignore the evidence around them. Humans are social and emotional animals. They even befriend other species--horses, dogs, cats, and cows, often quite irrationally.

The sell-by date of ‘the business of business is only business’ has indeed passed.

The present normal of management, with governments broken into silos of ministries and international development agencies broken into silos of specialists, cannot find solutions to the systemic problems that the SDGs have made vivid. Policy makers, economists, and CEOs must apply ‘systems thinking’ to improve the well-being of societies. They must listen to many points of view to understand the whole system of which they are only a small part.

Economist Albert Hirschman saw the contradiction between institutions of capitalism and democracy building up fifty years ago. He pointed out, in his book Exit, Voice, and Loyalty, that Milton Friedman had expressed his difficulty in accepting the notion that people should desire to express their views to make them prevail. Friedman described this as a resort to ‘cumbrous political channels’. He would much rather people resort to ‘efficient market mechanisms’ and use their money rather than their mouths to make their opinions known.

But what if people have little money, or no money? How can they influence reforms to make them just for poor people and less harmful for the environment? The time has come for economists and business leaders to listen to the voices of people and not only to the voices of money speaking. The sell-by date of ‘the business of business is only business’ has indeed passed.

(The writer is a former member of the Planning Commission and author of “The Learning Factory: How the Leaders of Tata Became Nation Builders” 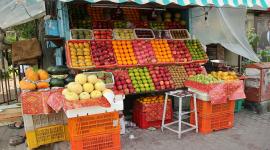 Transforming systems is key to policy gains
Two Indian initiatives have found places amongst the ten best global initiatives selected by the... 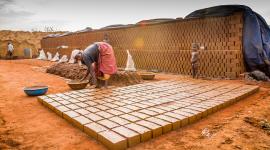 The informal sector isn’t well-understood
It is widely accepted that the Post Covid world will not be the same. The disruptions in economies... 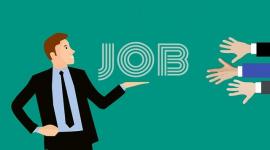 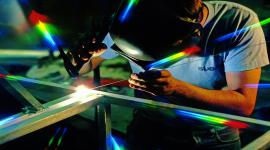 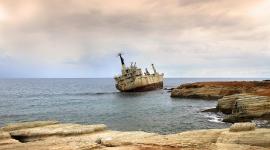 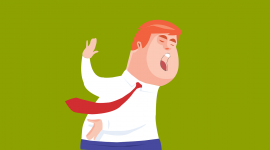 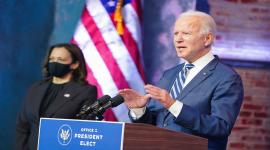