In attack on Rhea, a new low for India

The statement by the father of Rhea Chakraborty reflects the pain and the discomfort many might feel at the manner in which the suicide of Sushant Singh Rajput is being handled by the investigating agencies.  Lt. Col (Retd) Chakraborty writes, addressing the whole of India, “Congratulations India, you have arrested my son, I'm sure next on the line is my daughter and I don't know who is next thereafter. You have effectively demolished a middleclass family. But of course, for the sake of justice everything is justified. Jai hind.”

The attack is ostensibly on Rhea Chakraborty but it is actually turning out to be an attack on institutions, civility and the very idea of living in a decent society.

While there is no doubt that the Central Bureau of Investigation (CBI) must be given a free hand to probe all possible leads, there is equally little doubt that the atmosphere has been so vitiated by a sharp, focused and carefully constructed campaign that has condemned, targeted and vilified Rhea mercilessly for reasons that have nothing to do with the investigation. The attack is ostensibly on Rhea Chakraborty but it is actually turning out to be an attack on institutions, civility and the very idea of living in a decent society. The entire air has been poisoned such that there is almost a pre-judged line that is being followed with political motivations that are not far to seek. Consider the manner in which the Mumbai police has been targeted, leading to some of the most ludicrous statements about the functioning of the police force in this city, so much so that several former police officers have been forced to come out and take a stand.

It is not that the Mumbai police is perfect. It is also not that investigations cannot be botched. But those who understand how investigations run would know that it is almost impossible to hide evidence if this was indeed a murder or any case of abetment to suicide. If there was anything remotely suspicious, Rhea Chakraborty would already have been arrested. Those making wild statements of the kind made in Mumbai or from Bihar would also know that the Mumbai police arrested Sanjay Dutt under a tough law against terrorists called TADA in the 1993 Bombay bomb blasts case at a time Sunil Dutt, his father, was a Congress MP and the Congress government was in power at the Centre.

It is almost impossible to hide evidence if this was indeed a murder or any case of abetment to suicide.

The worry that the entire momentum is being created through the instruments of a political leadership that has an axe to grind against the current political dispensation in Maharashtra, particularly the Shiv Sena leadership that has dared to break away from the BJP, tells its own tale. If there is one party that knows how vicious the BJP has become, it is the Shiv Sena, which knows its former ally only too well and has worked with it dating back to the days of Pramod Mahajan as the lead BJP strategist in the 1990s.

It is well known that the BJP has not been able to stomach the insult of having to lose to the Shiv Sena in Maharashtra. It played all kinds of tricks, including an attempted early morning swearing-in almost in secret, to keep the position of Chief Minister. It failed. Since then, we have seen assault after concerted assault – first in the name of saffron-clad sadhus who were killed in an apolitical case of murder, then in the alleged negligence of the government in battling the Sars-Cov-2 pandemic and now in the case of Rhea Chakraborty with attempts to muddy the name of State minister Aaditya Thackeray.

The worry that the entire momentum is being created through the instruments of a political leadership that has an axe to grind against the current political dispensation in Maharashtra tells its own tale.

There is the other political link-up to the upcoming Bihar elections, and the fancy that Sushant Singh Rajput being a native of Bihar will lead to its own mileage for the BJP. It is surprising that a FIR was registered in Bihar in a case that is entirely and fully within the jurisdiction of Maharashtra. Then consider the statement of the Bihar Director General of Police Gupteshwar Pandey that Sushant Singh Rajput was Bihar “ka beta” (a son of Bihar) and that the actor’s death was a matter of sentiment for the people of Bihar. Since when did the police begin investigating cases on that basis, leanings put out in so naked a fashion? Even the pretentions of being an impartial investigator are lost. Pandey has been under some cloud in other cases, and his statements now are of a politician in uniform, not of a professional policeman serving in the highest echelons of the service.

If Rhea had been married to Sushant officially, these are the kind of statements that would make for a case of harassment of a daughter-in-law under Indian’s law that is meant to protect newly-wed women from harassment by their in-laws.

The statements of Sushant Singh Rajput’s father, who himself was reportedly not close to his son, stand out less for the agony of a father who has lost his son and more for their ugliness, pettiness, the claim that he is the legal heir and show no respect for a person that his son loved and lived with. To call her a “murderer” who “poisoned” Sushant, as the father has reportedly said in a video, is crude and cruel. If Rhea had been married to Sushant officially, these are the kind of statements that would make for a case of harassment of a daughter-in-law under Indian’s law that is meant to protect newly-wed women from harassment by their in-laws.

As a nation, we must reflect on the way motivated media houses and trolls on social media have been allowed to get way with harassment and sullying the name of a family, leaving the young Rhea Chakraborty no time to mourn her loss. That this is being done through a media that is anything but independent, and working to an agenda that many in India can see, tells us of how much the nation is dragged down when prejudice is allowed to run free and even placed at a premium. There is no knowing who this kind of vicious prejudice will take down next and where it will lead this nation. 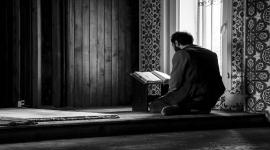 Pandemic and prejudice
In a course on journalism that I taught years ago, one exercise I often asked was for the class to... COVID busts some myths about Indian economy
It is not difficult to see that the economy is in bad shape. Most Indians know this, experience it...

ICMR’s research in a rush
There is much to criticise the ICMR for its recent diktat to deliver a vaccine for COVID-19 caused...