The American Supreme Court in what was believed to be a decision on political party lines declared George W Bush as the President of the USA. The bitterly fought controversial presidential election in the year 2000 eventually went to court which rendered its verdict in Bush vs. Gore. In a critique on the judgment, Alan Dershowitz, one of the country’s most renowned attorneys, began with the words, “The Supreme Court Judges are cheats”. He wasn’t hauled up for contempt, nor did the highest court crumble. That’s the American commitment to free speech and self-belief in its judiciary.

It might result in imprisonment for the fearless lawyer; but more seriously, the verdict will strike a lethal assault on free speech, the most formidable edifice of our constitutional democracy.

By contrast, for the Indian Supreme Court to hold that the two tweets of Prashant Bhushan have brought that institution into disrepute should be dismissed as laughable, except that it’s not. For one, it might result in imprisonment for the fearless lawyer; but more seriously, the verdict will strike a lethal assault on free speech, the most formidable edifice of our constitutional democracy. When a village idiot angrily blurts, “Are you trying to make a fool of me?!”, the only appropriate reply is, “You don’t need our assistance”. That is exactly what’s going on here.

The past few years have been a period of utter failing and disgrace for the SCI in its role as the dispenser of justice. It has dispensed ’with’ justice instead. Here are a few instances:

Let’s begin with the reign of Chief Justice Deepak Mishra. Four of the senior most Justices of the court held a public press conference impliedly accusing the Chief Justice of manipulating the roster and thereby insinuating that cases were being assigned to preferred benches in a manner so as to bring about a desired result. There couldn’t be a more serious indictment of the institution, considering that a press conference of this nature was unprecedented in the annals of judicial history in any democracy the world over. One of the four Justices was Ranjan Gogoi, who later became the Chief Justice, and now a member of the Rajya Sabha.

The American Congress virtually strips a prospective appointee to the Supreme Court to his barest modicum of privacy and decency, and all these deliberations are in full public view.

Gogoi brought in the jurisprudence of the ‘sealed cover’ as a means of arriving at a decision. The Rafale deal when questioned was decided on the basis of information supplied by the government unavailable to public scrutiny. Then when the integrity of the CBI chief, Rakesh Asthana, as a worthy successor to head that exalted office was to be decided, the verdict was reached in the secrecy of a sealed cover. SCI has rightly earned the epithet ‘Sealed Cover of India’.

More about Ranjan Gogoi. Soon on his elevation as Chief, he was charged with sexual assault of a court staffer. When that story made the news, this shameless CJ assembled a bench, with him presiding, and laid the basis for declaring himself innocent. Then when things got too hot, another quorum was formed, and in one of the most opaque and questionable ‘hearings’, the Chief was cleared of charges.

Challenges to the blatantly communal Citizenship Amendment Act are pending before the Court. The Court has no time.

The opaque deliberations of the Supreme Court collegium and the inexplicable decisions in the matter of appointment and transfer of judges to various high courts and to itself has never been viewed more questionably than in the past few years. There are instances of Justices approved by a previous Collegium being dropped from consideration without any assigned reason and substituted by others previously not in contention. A Justice of the highest court in the land is of vital importance to every Indian. His every utterance affects an Indian’s fate and future. That’s how America decides on the desirability and worthiness of a Justice. The American Congress virtually strips a prospective appointee to the Supreme Court to his barest modicum of privacy and decency, and all these deliberations are in full public view. The people have a right to know every fact that touches upon the judicial character of their Justices.

Political leaders in Kashmir, including the former Chief Minister are under house arrest, pursuant to the abrogation of Article 370 which gave that former State a privileged constitutional status. Petitions for habeas corpus are pending hearing in the Supreme Court for a year. The Court has no time. Challenges to the blatantly communal Citizenship Amendment Act are pending before the Court. The Court has no time. The plight of the migrant workers in the wake of the Covid-19 pandemic when brought to the Court’s notice got short shrift, until a couple of high courts came to the workers’ succour, and then the SC passed orders addressing that issue. But an interview to the news magazine Tehelka by Bhushan in 2009 where he alluded to corruption by six former Chief Justices was deemed so earth shattering that the Court revived a dormant, part-heard petition of 11 years vintage and took it for disposal during a time when regular cases are languishing on account of the pandemic.

Shouldn’t we all scream in pain and anguish at the desecration of democracy and protest as though our lives may never be the same again. We must.

Prashant Bhushan has been found guilty in respect of two recent tweets. In one, he said that the CJI had time to ride a Rs. 50 lakh motorcycle but had kept the Court shut during the Covid-19 crisis, and in the other tweet he opined that historians will look back and record instances of corruption by four recent Chief Justices. These comments have been determined as factually wrong and have brought the Court into disrepute. But they pale into nothingness when compared with all the above cited failures of the Court. Each one of those failings heap immeasurable disrespect on this august body that Bhushan’s tweets don’t even merit attention.

The Chief Justice of India riding a Harley Davidson is a matter of pride. It’s not that he rode a Bajaj Scooty. He showed good taste and sophistication in his choice of two wheelers. Prashant Bhushan clearly missed that angle. But contempt of court! What’s the CJI doing? What are the other Justices of the Court doing? What’s the legal fraternity doing? What’s the press doing? What are lovers of democracy doing? Isn’t this judgment holding Bhushan guilty of contempt itself contemptible. Shouldn’t we all scream in pain and anguish at the desecration of democracy and protest as though our lives may never be the same again. We must. To say that two tweets brought disgrace and disrepute upon the present Supreme Court is to say that the barbarian Attila the Hun brought disrepute upon civilised society because he didn’t eat his meals with a fork and knife!

(Haresh Jagtiani is a senior advocate and has espoused many causes of public interest. He heads the Mumbai law firm Oasis Counsel & Advisory) (Views are personal) 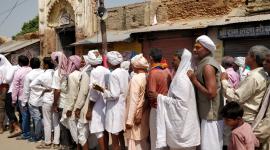 The Ayodhya judgement: A tapestry of wisdom
It is easy to cynically dismiss the monumental thousand-page unanimous judgment of the Supreme... 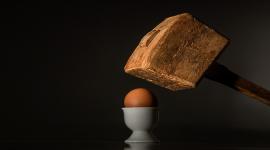 The CJI and a question of conduct
Facing a charge of sexual misconduct, the CJI can convene a bench of three male justices, including... The Supreme Chaos of India
Should we draw comfort from the fact that in the past too, serious assaults have been attempted and...

Privacy : An obvious fundamental right
Chipping away at the periphery of a person’s lifestyle would be the surest way to strike at the...