Some probing questions on Galwan skirmish

I write this article as a citizen of India greatly concerned with the deaths of 20 of our jawans, the injury to 76 and another 10 who suffered the anxiety of being prisoners of the Chinese army for a few days. The questions that I ask are common sense. They require no revelation of any secrets and, therefore, do not require specialist knowledge.

The questions need to be asked now so that those in authority correct their mistakes. We cannot afford even one more of our soldiers being lost because of a false sense of nationalism that allows deadly mistakes being repeated.

We have been told almost nothing about the actual incident. Most of our information has come to us from the foreign media, not from our own government that has hidden behind a convenient screen of secrecy. Reluctantly, bits and pieces have been admitted to after the world has got to know.

We cannot afford even one more of our soldiers being lost because of a false sense of nationalism that allows deadly mistakes being repeated.

On the afternoon of June 16, the Indian Army informed the public that an incident had occurred the previous evening in Galwan. A colonel and two jawans were reported killed. Unspecified casualties were said to have been inflicted on the Chinese. Later the Chinese media said that five Chinese soldiers died and 11 were injured. There were other reports quoting “US sources” that their casualties were 35 to 40 killed and wounded. Recently the Army has confirmed this, adding that a commanding officer was amongst them. Later that night the army said that 20 of our men were killed. We were also told that no firearms were used and the fight was with clubs, stones and hand-to-hand. As late as the 18th the Army said that no jawan was missing. On the 19th we were informed that 10 had lost their way after the clash and fell into Chinese hands. They were returned after a couple of days.

We are told that a “small contingent” of Bihar Regiment troops under a colonel had gone to persuade the Chinese to pull back from a position, presumably on their side, they had advanced to and set-up a camp. Because they did not, our men destroyed the camp. If that is correct, we initially outnumbered them. But then the Chinese attacked them, presumably having been reinforced. Our soldiers were said to have carried arms but did not use them because agreements prevented their use. Later it was said that several casualties, on both sides were caused by hypothermia, the men falling into the river at night. The clash appears to have begun at sunset and continued till mid night, a total of four or five hours. None of this is officially stated so it is impossible to establish its veracity. The only undisputable facts are that this incident happened in the Galwan valley on the evening of the 15th in which a near company-strength contingent of our soldiers was set upon by the Chinese and that there was a brawl. We are informed that we had 96 casualties; I qualify my statement with “we are told” because the government is in the habit of dressing-up facts to suit its politics.

Why were our men sent near sunset, particularly with no moon that night? As per our Prime Minister, the Chinese had not entered our territory. What then was the urgency?

10. What training did our jawans receive considering that any fighting in this location would be without firearms? Were they instructed as in what formation they must deploy in because hand-to-hand fighting could be involved? For example, in a bayonet charge there is a lead soldier flanked, one step back, by two flankers to protect his sides. Did they have weapons other than firearms, especially as a confrontation was expected?

11. Even when so severely provoked why were our men not instructed to use their firearms? Why did they carry the arms if they were not to be used even in such a situation?

12. Why did our men not use their bayonets or other side-arms if firearms were banned? Were they equipped with any other arms? The Chinese used studded clubs.

13. Why did our men get into a position in which so many could be pushed into a river?

14. Several died of hypothermia, we hear. Is that true? Why were they not rescued from the river sooner? The situation must have been bad and it was a dark night but medical teams could have saved at least a few.

15. Given the seriousness of the confrontation from early May, the battalion of the Bihar Regiment trained to deal with violence without firearms?

16. Have the instructions to all troops facing the Chinese been changed in case they meet violence with the Chinese not using their guns?

The Chinese know the answers to most of these questions. Why would the government want to not give them to its own people?

(FPJ carried a shorter version of the column that covered, largely, the questions) 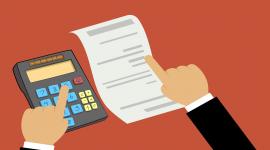 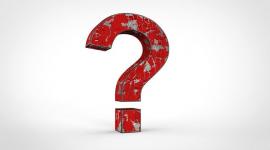 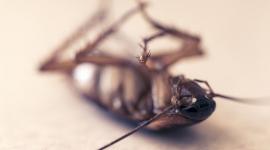 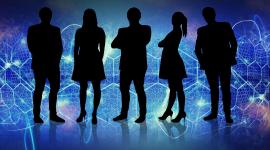