The half trillion forex milestone

The border conflict in eastern Ladakh has claimed twenty brave soldiers, killed in an unimaginably brutal way. This is the worst casualty along the India China border in more than fifty years. At the best of times, the line of actual control (LAC) which is not an internationally recognised border, bristles with tension, needs constant vigilance and has instances of eyeball to eyeball confrontation. But whenever the hostilities show a tendency to escalate the political bosses use diplomacy to calm down the border tempers and lower adrenaline levels. This has been an uneasy calm, one can almost call it truce, and has been seen as a win-win for both sides.

India’s exports to China went up sharply from 12 to 16 billion in 2017-18, but stagnated thereafter.

India China trade and investment links have grown tremendously in the past two decades, mostly asymmetrically. But Indian consumers have benefited from low-cost electronic goods, consumer goods, and even low-cost pharmaceutical inputs (called active pharmaceutical intermediates or API’s). India’s exports to China went up sharply from 12 to 16 billion in 2017-18, but stagnated thereafter. Chinese capital investment into India, especially as venture funding and funding to start-ups increased substantially. In the past week itself, a big automaker announced a billion dollar investment in the State of Maharashtra.

But the fatal events in Ladakh’s Galwan valley will cast a dark shadow on all aspects of the Indo-China relationship. Amplified by bloodthirsty mobs on social media, we now may see a demand for an outright ban on the import of all Chinese goods, and also a demand for a military reprisal. The Prime Minister made a statement that there was no incursion in India’s sovereign territory by Chinese soldiers, so the Galwan skirmish and the deaths still remain to be explained.

In the middle of the Ladakh saga, India quietly passed an important economic milestone. The country’s foreign exchange reserves crossed half a trillion dollars, and are now among the top five in the world. Thirty years ago on the eve of the historic 1991 reforms, the country’s reserves had dipped to below one billion dollars. It was a foreign exchange crisis which precipitated the emergency pledging and airlifting of gold to London, in exchange for a rescue. No creditor was willing to provide imported goods to India on credit, due to its low reserves. That led to historic reforms of opening up the economy, deregulation in industry, trade and banking, and the rest is history.

But the recent jump in forex reserves has a different interpretation. It has gone up sharply since March. That month we saw a record outflow of 16 billion dollars, as foreign institutional investors sold shares and fled. This was the highest ever monthly outflow. We also saw a rating downgrade by Moody’s, the international rating agency. This was followed by Standard & Poor’s and Fitch which also revised India’s sovereign outlook downward, from “stable” to “negative”.  All three major international rating agencies have India’s rating at the bottom most notch of investment grade. Of course, since the country does not do sovereign borrowing in foreign currency i.e. dollars, and its entire debt is held domestically, the rating agency actions need not rattle the sovereign borrowing program. But it does worry private sector borrowers who face a higher premium in their cost of funds when they seek finance from abroad.

The mass exodus of March was partly reversed in June, when the foreign institutional buyers returned. They are buying only select stocks, but still more than 3 billion dollars have returned. The stock market index is increasingly unrepresentative, since only a very few large companies move the index. The important point to note, is not the stock market movements which can be volatile, but the steady rise in foreign exchange reserves. What is the source of this accumulation? It is not because dollars are rushing into India in a big way. Of course, the foreign direct investment (FDI) that the country attracted in the last fiscal year 2019-20, ending March, was a healthy 50 billion dollars. It was a big improvement on the 44 billion achieved in 2018-19. But the main reason for the recent spike is because of the decrease in outflows.

Some significant FDI is coming in later this year, the most prominent being from the investors into Jio, the telecom venture of Reliance.

Thanks to the pandemic caused global recession, and sharp fall in international trade, India’s imports and exports have fallen dramatically in March, April and May. After falling by nearly 60 percent in April, in the month of May, exports continued to decline by 36 percent and imports fell by 51 percent. These are monthly growth (or contraction) numbers as compared to the corresponding month last year. The steep fall in exports, and steeper fall in imports has meant that the monthly trade balance has started narrowing. The trade deficit for May was merely 3 billion (negative) as compared to 15 billion last year in the same month. This means the country has notionally “gained” forex by 12 billion. The absence of outflow of dollars to pay for imports is the main cause for the rise in forex reserves.  Of course, some significant FDI is coming in later this year, the most prominent being from the investors into Jio, the telecom venture of Reliance.

We can have a sudden reversal any moment, if there is another selloff in the stock and bond markets

Interestingly the Reserve Bank of India has chosen to accumulate reserves due to this sudden notional “inflow” rather than let the market determine the equilibrium. If the RBI does not absorb the surplus dollars, then there arises an excess supply, which weakens the value of the US dollar vis-a-vis the rupee. Hence the exchange rate would appreciate, and start moving from 76 to 74 or even 72. But that would be temporary and misleading. We can have a sudden reversal any moment, if there is another selloff in the stock and bond markets by foreign institutional investors, as in March. In fact, any escalation of the conflict in Ladakh affects investor sentiment negatively, whose first instinct is to dump and flee. The global rally in financial markets is in bubble territory, and nobody can say when the bubble deflates. This is a year of global dollar shortages since emerging economies have big debt repayments due back to New York. Hence it is wise of RBI to accumulate forex, not let the rupee appreciate too much to uncompetitive levels, and be prepared for sudden reversals. It’s a great milestone, but not much cause for celebration. The long shadow of Ladakh looms. 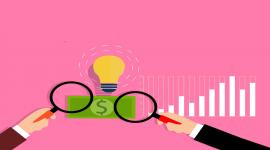 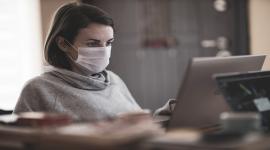