BJP is playing a dirty and dangerous game in Maharashtra Maharashtra Chief Minister Uddhav Thackeray and his party the Shiv Sena are today confronted with the BJP in all its ugliness, viciousness and pettiness, an unmasking that shows just how far this national party can go to pull down those who have turned away from it. The actions of the BJP in running down the Thackeray government, mounting campaign after campaign at a time when the State is fighting a pandemic and its resources are stretched to the limit, is an illustration of how the BJP just can’t get over the fact it has lost Maharashtra to a long-time ally it thought it could use and discard.

The break in the BJP Shiv Sena alliance is by far one of the most significant developments on the Indian political scene. Today, it is the Shiv Sena calling out the communal divide sought to be created by the BJP and its set of retainers who can go to any lengths to run down every effort to fight the pandemic in Maharashtra just because it comes from a friend-turned-foe.

Legitimate criticism of the government for its alleged inaction in making hospitals more responsive to the needs of patients should be welcome but the slow building of a narrative that keeps asking for dismissal of the government is just pettiness.

The murder of a saffron-clad sadhu and his disciple in Nanded district on Sunday (May 24) gives one more occasion to fan some communal flames when it is already clear that there is absolutely no communal angle to the murder, according to the Nanded Superintendent of Police. The accused, a person named Sainath Lingade, allegedly a history sheeter and a local area resident, has been arrested by the Nanded police. Yet, social media posts are full of suggestions about how sadhus are not safe in Maharashtra as the motivated try hard to bring in a religious divide where none exists. This is a repeat of the communal angle sought to be given in the case of two murders in Palghar, which again was twisted and turned to suit a political line of thinking, add a communal colour and defame the Thackeray government.

All of this comes when Maharashtra continues to see rising number of infections from the novel Coronavirus, with total cases crossing the 50,000 mark. A peak may be sometime away. Legitimate criticism of the government for its alleged inaction in making hospitals more responsive to the needs of patients should be welcome but the slow building of a narrative that keeps asking for dismissal of the government is just pettiness that comes not from any concern for the people of Maharashtra but from the desire to grab power, anyhow. This is just what the BJP tried to do with a political coup at a surprise swearing-in ceremony arranged at dawn and fixed from New Delhi, dragging the President and the Governor into a controversial move that eventually ended in disaster for the party.

It is to the Chief Minister’s credit that he has kept calm, called out communal politicking and spoken often with a sense of concern for the people

If the BJP truly wants to help Maharashtra, what it needs is not a “Maharashtra bachao” campaign where children, masks pulled down, are lined up by the party for protests, with the campaign then force-driven on social media so that it trends every now and then. What the BJP needs to do is to bring up specific issues of failure and negotiate with the government so that the COVID management is more people friendly and is executed better. It needs to influence its party at the Centre to hold more discussions, to release more funds and to not open up flights without consulting the State while local trains, which the government wants started for local area movement of essential services, are kept in the yard. The Chief Minister is reported to have written three letters to the Union Railway Minister Piyush Goyal asking for re starting of suburban train services to no avail. Goyal is himself form Mumbai and knows all about the critical significance of trains in the city.

What the BJP needs to do is to bring up specific issues of failure and negotiate with the government so that the COVID management is more people friendly and is executed better.

It is to the Chief Minister’s credit that he has kept calm, called out communal politicking and spoken often with a sense of concern for the people, notably the migrant workers who are among the worst sufferers. The State could of course have and must do more. But it is not that it has not done anything. It has used its force of State Transport buses to move migrants – some 32,000 trips, transporting about 3.8 lakh workers, according to official numbers. It has deputed top officials to important State hospitals. It has risked annoying the powerful lobby of private healthcare businesses by capping prices at all hospitals. It has directed the private sector to open up beds for COVID-19. It is testing more people. And yes, it should be pushed to do more and more.

But this is possible at this difficult time only if the overall atmosphere is not vitiated. The message that needs to go out was well put by Thackeray, who said: “I sincerely feel that this is a time of crisis, and hence, no one should play politics. You may do it, but we will not as we are vested with a responsibility and above all, the people of Maharashtra trust us.” Merchants of death must be stopped now
In the big cities of India, and less prominently in the smaller towns, private hospitals are now... 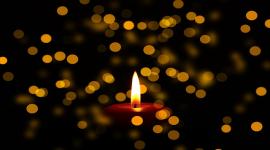