Has the BJP won really?

There are those from the establishment celebrating the appointment of Devendra Phadnavis as the Chief Minister of Maharashtra for a second term. They call it a victory and argue that the message is you can’t trifle with the BJP’s might. All is fair in love and war, they say, and the cliché holds even when love turns into war – which is what has happened as the 30-year-old alliance between the BJP and the Shiv Sena broke under its own weight.

Yet, the more perceptive of observers will see that this is a downslide that might be a watershed moment and indicate that the BJP has reached the peak of its ascendency and may be staring at a path downward if it cannot negotiate the implications of its actions in Maharashtra – particularly the way in which Central rule was imposed, then revoked at dawn and a Chief Minister sworn in with a deputy who has all kinds of investigations pending against him. This is power at any cost, power at any price, and the message clearly from the BJP is that it will grab power any which way it can. What the BJP and its so-called midnight or early morning coup has caused is bringing comparisons to elements of the Game of Thrones, a popular fantasy television serial centred around monarchies and fiefdoms that indulge in battles, betrayals and intrigue. The disturbing chain of events show methods and choices that have been used before and in other States. These are methods that have quite plainly compromised the sanctity of posts of the Governor, the President and mocked at the rule of law.

This is a watershed moment...the BJP has reached the peak of its ascendency and may be staring at a path downward if it cannot negotiate the implications of its actions in Maharashtra

That the BJP can’t see the full implications of its actions is as much a tribute to the perceived impunity of power as it is to the complete control of the party by its Central leadership.  Consider that it is only Dr. Subramaniam Swamy, who, working his own Hindutva calculations, has spoken out against the breaking of the alliance and in that sense put out a mild criticism of the BJP leadership. The rest are mostly silent or in quiet support though what has happened as a result of egoistic pushing by the BJP is nothing short of an earthquake, from the BJP’s own standpoint. From the point of the State and the political direction, this offers the unique opportunity of forging an all-Opposition alliance against the BJP – something that was unthinkable only a few months ago.

Pawar himself must take a very different reading of the BJP. It was only two days ago that he met Prime Minister Narendra Modi. His thoughts on Modi then and now are likely to be very different.

No matter what the level of cynicism is in politics and the tendency to see the ends rather than the means the fact remains that the means do matter. The allies of the BJP are watching the developments and surely won’t be happy at the way the party has treated the Shiv Sena, and this carries implications for how they will negotiate any future alliances with the BJP. It is in this context that the views of the Republican Party of India (RPI-A) leader and Union Minister Ramdas Athavale, who is a BJP ally from Maharashtra, stand out. He has of course spoken for the BJP but still pointed out that the BJP should have saved the alliance.

That the BJP can’t see the full implications of its actions is as much a tribute to the perceived impunity of power as it is to the complete control of the party by its Central leadership.

Trouble in Maharashtra comes amid a series of policy and mushrooming political woes. Consider that in Jharkhand where the assembly elections begin in five phases from the month end, the problem for the BJP is from within. The opposing alliance of the Congress, Jharkhand Mukti Morcha and Rashtriya Janata Dal is less troubling than the campaign by State Minister Saryu Rai against Chief Minister Raghubar Das. Rai has declared that he will contest against Das, and as an independent if necessary. Rai’s crusade against corruption famously brought down former CM Madhu Koda. His supporters include BJP leader Subramaniam Swamy whose tirades are perhaps feared more within the party than outside the BJP.

At another level, the events in Maharashtra in the initial stages cast a doubt on the actions and machinations of Sharad Pawar himself.  At 78 years of age to be suspected of being a backstabber is not exactly the kind of reading that he would like to live with. Now that he has claimed that it is his nephew, not him, who has back-stabbed the newly formed alliance of NCP,Congress and Shiv Sena,  Pawar himself must take a very different reading of the BJP. It was only two days ago that he met Prime Minister Narendra Modi. His thoughts on Modi then and now are likely to be very different.

The split in the NCP ensures that Sharad Pawar is pushed clearly into the fold of the Congress and looking at the implications of having allowed within his fold a nephew who always had a streak of testing boundaries, and was driven by a win at any cost kind of politics. It is Sharad Pawar and his support that helped nephew Ajit  win his Baramati seat with a thumping margin. All that is history now. The stage is set for a realignment. The driving force is a new dislike for the BJP among all three, the Sena, Congress, NCP. This is a considerable achievement for which credit must go to the Shah-Modi duo who have become the face and the backbone of the BJP. This is a good example of how the party has moved from being a broad-based leadership to a monolithic unit, devoid of dissent and full of “yes” men.

The point here is not whether the BJP is speaking the truth about there being no promise of rotating the CMs post between the BJP and Sena or if the Shiv Sena is bargaining hard and on false grounds. What transpired behind closed doors is irrelevant; what is relevant is that the big brother attitude of the BJP stands out.

Unfortunately, this is fully in character with the direction of the nation under the BJP, and the way the BJP seeks to run the country. See it from the point of view of minorities, of happenings at JNU, the voices against Nehru or the bitterness of the language against the Congress - all of it shares the same colour of divide, control, power and a machismo idea of politics that is not good for the nation and its democracy in the long run.

What transpired behind closed doors is irrelevant; what is relevant is that the big brother attitude of the BJP stands out.

That is the inner message of the imbroglio in Maharahstra. It is easy to confuse it with the way politicians have lost their purpose. But in this case, it is giving us the message of one particular party that has grown too big for comfort. Centre sets off worrying tensions with Mumbai
A highly strained relationship between Maharashtra and New Delhi is being tested by the recent... 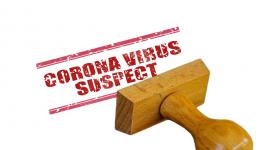 Has the BJP won really?
There are those from the establishment celebrating the appointment of Devendra Phadnavis as the... Why should resident doctors live in hell?
The huge downside of this experience for doctors at the start of their career will certainly mark...