The headline retail inflation measured in terms Consumer Price Index —Combined (CPI-C) has trended downward since September 2018 and reached 2.0 per cent in January 2019 on a year-on-year basis. This is the floor for retail inflation legislatively mandated under the Flexible Inflation Targeting (FIT) framework currently adopted in India. Data released by the Central Statistical office (CSO) last week (on April 12, 2019) shows that on y-o-y basis, retail inflation stood at 2.86 per cent in March 2019 as compared with a rate of 2.57 per cent in February 2019.  Furthermore, in March 2019, the food inflation recorded an increase of 0.66 per cent with deflation (-0.94 per cent) in the rural food component. Overall, it is pertinent to note that the retail inflation rate has been much lower than the mandated average rate of four per cent under the FIT framework. The framework tasks the RBI Monetary Policy Committee with keeping inflation at four per cent, within a band of +/- two percentage points.

The benign inflation rate witnessed in the recent past has been facilitated by favourable supply side factors associated with food and fuel coupled with lower demand as wage growth has decelerated on account of the negative output gap (actual output minus potential output).

The continuous waning of retail inflation in the range of 2.0 and 2.86 per cent during Q4 of 2018-19 was mainly on account of the deflationary trend (negative inflation rate) seen in four food items, viz; fruits, vegetables, pulses and sugar. In these four items, the rural component has recorded a much higher deflationary trend. In March 2019, the deflation trend in fruits was (-)10.99 per cent, vegetables (-)7.10 per cent, pulses (-) 5.41 per cent and sugar (-) 7.51 per cent. Besides, lower food inflation, fuel inflation (measured in terms of transport and communication, plus fuel and light) also recorded softening trends reflecting the decline in crude oil price from about US $ 85 a barrel in the beginning of October 2018 to a low of US $ 52 in December 2018 and US$ 67 in the recent past. Thus, the benign inflation rate witnessed in the recent past has been facilitated by favourable supply side factors associated with food and fuel coupled with lower demand as wage growth has decelerated on account of the negative output gap (actual output minus potential output).

The core inflation (headline inflation excluding food and fuel) which technically measures the persistence of inflation has remained at a higher level (6.2 per cent in October 2018, 5.4 per cent in February 2019 and 5.1 per cent in March 2019) than the headline inflation. As mentioned in the RBI Monetary Policy Report of April 2019, the core inflation has remained above 5 per cent since December 2017. This is mainly due to sticky services inflation, particularly education, health and household goods and services. For example, in March 2019, health inflation was 8.86 per cent, education 7.58 per cent and household goods and services inflation stood at 6.05 per cent.

It is important to mention that the core inflation, which often is also termed as underlying inflation, is critical for guiding the future path of inflation. Recognising this, the April 2019 RBI Monetary Policy Report has mentioned that core inflation causes headline inflation but headline does not cause the core. This property was also statistically satisfied in the empirical work conducted taking the mean and standard deviation of core and headline inflation numbers.

Anchoring inflation expectations and inflation forecasting are critical for both, shaping the future path of inflation and effective conducting of the monetary policy. It is important to mention that the inflation forecast by the RBI (which is also the intermediate target of monetary policy frame work as alluded to earlier) has served well in recent times. According to the empirical findings set out in the April 2019 Monetary Policy Report, the mean forecast error for the period April 2015 to September 2018 (excluding the period of demonetisation) was (-) 30 basis points(bps), indicating the actual inflation was marginally lower than the forecast inflation by the RBI.

The MPC will have to measure the downside risks to headline inflation as also the persistence of the core inflation in its guidance and policy actions. Further, it is important that the monetary policy transmission should be smooth and bank lending rate should come down to induce private investment, without which the policy repo rate cut would have served little purpose. More importantly, fiscal management should support monetary policy in terms of eliminating the revenue deficit and help crowding-in private investment.

This might indicate that the RBI has by and large done a good job of forecasting inflation numbers and that the criticism it faced earlier on overestimating inflation in its forecasts was misplaced. At the same time, there is also the lurking danger of over-reading the low headline inflation number at this stage, given that the core remains sticky and over-reliance on the headline can lead to pitfalls on the road ahead.

The Monetary Policy Committee of the RBI in its first bi- monthly resolution has projected retail headline inflation at 3.2 -3.4 per cent for H1 of 2019-20 and 3.9 per cent for Q3 of 2019-20. Taking into account the signals from the forward-looking surveys and empirical work conducted by the RBI, the Monetary Policy Report (which is independent of the MPC) has projected the retail headline inflation for 2019-20 as follows: 2.9 per cent in Q1, 3.0 in Q2, 3.5 in Q3 and 3.8 in Q4.   The report further states that assuming normal monsoon and no policy shocks, retail inflation will move in the range of 3.8 and 4.1 per cent for 2020-21. These are baseline inflation projections. There are downside risks in terms of lower global growth, higher crude oil prices, movement in exchange rate, deficient monsoon and fiscal slippages. If global growth turns 50 basis points lower than the baseline, inflation will be 10 basis above the base line. Similarly, higher than the us $ 77 per barrel international crude prices will be reflected in a 30 bps in inflation rate. A deficient monsoon will result  in an increase of 50 bps inflation rate .A depreciation of Indian rupee by 5 per cent relative to the base line will push up inflation by  20 bps. Thus, the down side risks as discussed above could move headline inflation to above 4 per cent.

To sum up, the outlook on CPI Inflation as projected by MPC and also RBI In RBI’s Monetary Policy Report looks promising as it will be below the mandated average rate of 4 percent. Based on this outlook, MPC has already resolved two consecutive policy repo rate cuts.

The low inflation numbers do not however automatically mean that further policy rate cuts are likely. The MPC will have to measure the downside risks to headline inflation as also the persistence of the core inflation in its guidance and policy actions. Further, it is important that the monetary policy transmission should be smooth and bank lending rate should come down to induce private investment, without which the policy repo rate cut would have served little purpose. More importantly, fiscal management should support monetary policy in terms of eliminating the revenue deficit and help crowding-in private investment. 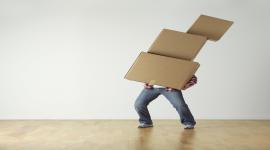 A fiscal collapse is in the offing for India
In a surprise move, the Government of India (GoI) in consultation with the RBI has enhanced the... 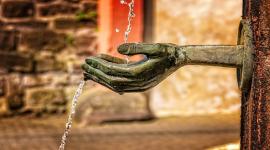 RBI action and the limits thereof
There is no one to lend to, since economic activity is down, and so the funds end up in the vaults...