The RBI is being realistic on rates

The market expected RBI to keep the policy rate unchanged in the MPC meeting today, but with some tightly worded caution about the need to be vigilant about inflation. The RBI obliged, even as it put its estimates for inflation and growth for 2018-19 higher than in the current fiscal. CPI inflation for 2018-19 is estimated in the range of 5.1-5.6% in H1, and 4.5-4.6% in H2, with risks tilted to the upside. GVA growth for 2018-19 is projected at 7.2% overall, with risks evenly balanced. The MPC took note of the rising food and crude prices, organised sector wage growth as also the inflation potential of several budget proposals and of the fiscal slippage, in general. But the main factors that seem to have weighed in favour of its decision were slack in the economy, moderate rural real wage growth and the signs of a revival in investment activity.  Clearly, in the hierarchy of preference of MPC, the need to support growth and investment ranked higher than the necessity of curbing inflation expectation. Be that as it may, it is doubtful if this decision is consistent with MPC’s objective of achieving the medium-term target for CPI between 2% and 6%.

The sharp sell-off in global equities and the surge in their price volatility over the last two weeks even in the absence of any trigger have propelled some to infer that the worse is yet to come and that these are nothing but the ‘rumblings of an earthquake’. The price of gold has risen while that of the Bitcoin, arguably the ‘new whizz-kid on the block’, has crashed.

The global and domestic settings for this meeting were challenging. Bond yields in major OECD countries have been on the rise for some weeks on the back of stronger global growth and inflation prospects and possibilities of quicker and more aggressive monetary policy tightening than expected earlier.  This would bring to a final end the ten-year long period, post the crisis of 2008-09, characterised by high liquidity and easy money. IMF has pegged global growth at 3.9% in 2018 and 2019, which would be the fastest since 2011. Importantly, a pick-up in growth is happening in 120 of its member countries, which together account for about 75% of global GDP. There are incipient but clear signs of wage pressures and reduced spare capacity in some economies, as also a rise in the pricing power of corporates. The sharp sell-off in global equities and the surge in their price volatility over the last two weeks even in the absence of any trigger have propelled some to infer that the worse is yet to come and that these are nothing but the ‘rumblings of an earthquake’. The price of gold has risen while that of the Bitcoin, arguably the ‘new whizz-kid on the block’, has crashed.

Both the G-sec and equity markets in India generally responded in unison with global developments, and also amid the fast receding hope of any further cut in the policy rate in the near future. This is predicated less on growth concerns than on CPI inflation, which rose to a 17-month high of 5.2% in last December. Some analysts see inflation hitting 5.5% by mid-2018.

Ever since the last rate cut in August, the 10-year G-sec yield has been rising, and is now hovering around 7.6%. The yield spread [yield difference between 364-day Treasury Bill and 10-year G-sec] which was around 17 basis points in August is now around 115 basis points. The most important implication of the sharp steepening of the yield curve is that market expects the inflation to rise and the policy rate to go higher.

Keeping rates unchanged any further is not possible, if inflation and inflation expectations are to be contained and long-term G-sec yields are not to rise any further. The latter objective is important for ensuring the success of the government’s budgeted market borrowing of Rs. 407,120 crores in 2018-19.

And the fact that this has happened within only six months or so indicates that inflation expectation is somewhat unhinged and not properly anchored right now. This conclusion is consistent with households’ elevated inflation expectation and firms reporting higher input price pressures.  Although the G-sec prices improved and the yields fell in the market’s initial response to the policy announcement, it is likely that RBI is positioned behind the curve now, which could imply aggressive tightening later this year.

No easy choice in the months to come

Conduct of monetary policy in the fiscal 2018-19 will not be easy. It will involve several delicate balancing acts for achieving a host of diverse objectives and outcomes concerning price stability, debt issuance for the government, financial stability and external sector stability. This is simply because the tools and degrees of freedom available to the RBI are seemingly inadequate for this purpose. Keeping rates unchanged any further is not possible, if inflation and inflation expectations are to be contained and long-term G-sec yields are not to rise any further. The latter objective is important for ensuring the success of the government’s budgeted market borrowing of Rs. 407,120 crores in 2018-19.  Cancellation of more auctions is plainly not feasible, nor is it possible to do many repeats of the mode for the next auction of Rs. 11,000 crores slated for February 9, through which Rs. 8,000 crores will come from 10-year paper, while the rest Rs. 3,000 crore will come from a floating rate bond. Supporting the yields by way of large-scale and consistent open market operations is out of the question and so is the possibility of expanding liquidity by not rolling over at least a good portion of its forward dollar purchase commitments, currently at US$ 30.3 billion. The conflict of interest inherent in RBI’s position as debt manager will come to the fore in 2018-19.

Banks in India have reportedly booked Rs. 15,000 crores of valuation loss on their G-sec holdings in the third quarter of 2017-18 alone. The valuation loss for the whole fiscal will be more. This will significantly dent their bottom line when they are also required to make increasingly high loan loss provisions. The scenario for 2018-19 is not better either, particularly if the Indian accounting standards are implemented in full for them from April 1. This will require not only additional provision to cover expected loss on loans but will put an end to the leeway to escape valuation loss in HTM portfolio that was allowed by RBI several years ago. It needs to be recognised in this connection that banks will henceforth be required to fully recognise the accounting consequences of the interest rate risk on their G-sec portfolios. The impact of this development could be particularly painful for them when yields are rising and the government wants to issue more debt. A possible way out would be to revise the ceiling for FPI investment in G-sec for both long-term and general categories before the beginning of each fiscal and allow them participation in the primary issuance as well.

It will be interesting to read later this month the arguments of the MPC members both in favour and against this decision. This meeting marks yet another significant event in MPC’s evolution as a truly professional body. 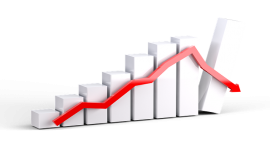 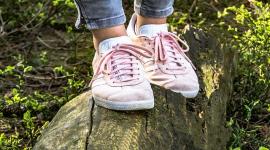 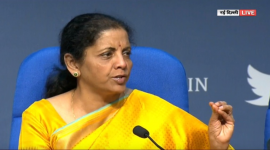 Short on stimulus, long on reform
Traditionally, the presentation of the Central government’s annual budget is an occasion to conjure...