Rates will move up as inflation looms large

The Monetary Policy Committee (MPC) of the RBI at its last sitting for the current financial year and the first meeting after the Union Budget has decided by a majority vote (5 to 1) to keep the policy repo rate unchanged at six per cent. One member voted to increase the rate by 25 basis point.

The policy has sent out some important signals, notably its reading of an upside risk to the inflation outlook beyond the current financial year (notwithstanding the assumption of a normal monsoon).

The common factor pulling growth down and pushing inflation up is international crude oil price. The impact of crude oil prices in the balance of payments will be reflected in the higher current account deficit (CAD). Lower foreign direct investments and portfolio flows will pose a challenge to finance the CAD in an undisruptive manner.

The near term inflation outlook is worrisome. The contributory factors are manifold, including those flowing from the Budget presented on Feb. 1. The MPC has listed them out as (a) impact of increased house rent allowances under the seventh pay commission, (b) the pressure on crude oil prices and global commodity prices due to the pick-up of global growth, (c) the impact of the ‘Minimum Support Price’ (MSP) on farm products announced in the Union Budget, (d) associated  interest cost pressures on account of higher revenue deficit and fiscal deficit as seen in the Budget, and  (e) the budgeted increase in import duties, which could adversely impact the cost of production. Apart from these, the households’ inflation expectations reported in the RBI survey remained at a higher level. Furthermore, the RBI’s Industrial outlook survey projects a scenario of continued pressure on input prices.

The common factor pulling growth down and pushing inflation up is international crude oil price. The impact of crude oil prices in the balance of payments will be reflected in the higher current account deficit (CAD). Lower foreign direct investments and portfolio flows will pose a challenge to finance the CAD in an undisruptive manner. Furthermore, the much expected increase in interest rates by the developed world will likely result in reversal of capital flows from India and create uncertainties in the Indian financial markets, particularly in the forex market.

All of this paints a picture that is not at all rosy from the Indian perspective. The projected growth rate of 7.2 per cent for 2018-19 should be seen in conjunction with continuation of higher revenue deficit, forcing the government to borrow more. This will not only create a vicious cycle of higher fiscal deficit and debt ratio but also has the potential of crowding out of private investment. Thus, a revival of private investment depends critically on lower government deficit rather than on a lower policy repo rate.

On top of it, the uncertainties in the inflation outlook carry a potential threat to the interest rate scenario. At this juncture, inflation management means driving down aggregate demand by increasing the policy repo rate.

The RBI is required to keep the inflation rate at an average rate of four per cent. Since all indications are towards a level higher than this, pragmatism of a non- inflationary growth management suggests an upward movement in policy repo rate.  So rates will go up, sooner rather later.

The MPC has projected retail  inflation measured in terms of the Consumer Price Index, Combined( CPI-C) in the range of 5.1 and- 5.6 per cent in the first half of financial year 2018-19 and 4.5-46 per cent during the second half,  with an upward risk.

It is interesting to note that the December 2017 inflation rate at 5.1 per cent is already higher than the targeted average inflation rate of four per cent that the RBI is mandated to maintain, though it has the leeway to let the index range within a band of four to six per cent.

While making an assessment of growth outlook beyond the current year, the MPC has been guided by improving the credit off take, enhanced resource mobilisation from the primary segment of the capital market and an increase in capital goods production.

In the light of these developments, it is interesting to recall the debate when the RBI was accused of overestimating inflation and keeping rates on hold. The actual developments have shown that when it comes to inflation, a cautionary approach is the best way forward and the beast when unleashed is difficult to rein in.

While setting out the economic growth measured in terms of Gross Value Added (GVA) during 2017-18, the first advance estimate from the Central Statistical Office (CSO) has come in at 6.1 per cent, down from 7.1 per cent in 2016-17. The MPC, however, has projected the growth rate of 2017-18 at 6.6 per cent, which is in line with the Economic Survey of the Union government.

While making an assessment of growth outlook beyond the current year, the MPC has been guided by improving the credit off take, enhanced resource mobilisation from the primary segment of the capital market and an increase in capital goods production. The MPC expects that further improvement in credit flows will be influenced by recapitalisation of PSU banks and resolution under Insolvency and Bankruptcy Code( IBC). Thus, despite a negative net export with an adverse impact on aggregate demand, the GVA growth for 2018-19 will be placed at 7.2 per cent.

What does all this add up to? Today, the monetary management is under constraint and will inevitably have to return to simple, time tested, prudent measures that will have to curb demand, raise rates and force the economy into what is called the management of a “disinflationary glide path”, which has the consequences of lower growth. In the light of this, the government should keep fiscal governance as its top priority rather than falling into the trap of pushing the RBI into lowering rates.

(Pattnaik is a former central banker and Rattanani is a senior journalist. Both are faculty members at SPJIMR) 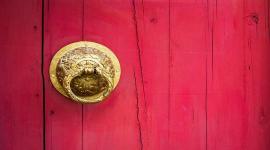