In line with our expectations, the Union Budget-2017-18 has focused on active economic stabilisation, given the backdrop of economic slowdown intensified by demonetisation. A large increase of 25.4% in Capital Expenditure announced by the Finance Minister reflects the government’s intent to reinvigorate the growth cycle. Sectors that have strong backward and forward linkages and the ones that are directly hit by the demonetisation have been given a higher budgetary priority in spending, notably the infrastructure sectors like roads (both national highways & rural roads), railways, airports, housing on the one hand, and agriculture, rural & allied activities, on the other. According to the Finance Minister, total spending on transport infrastructure is pegged at 1.5% of GDP in FY18 and overall infrastructure spending at 2.5% of GDP.

This kind of Budget math is achievable, if and only if India indeed grows in line with the expectations of multilateral organisations. This, in turn, would require another normal monsoon in FY18; higher private investment spending despite high cost-push inflationary pressures (from increasing global commodity prices) & crowding out by public investment; lesser disruptions to India’s exports and investment inflows despite the Trump effect; superior tax compliance; smoother migration to GST; and more importantly, one-and-a-half times growth in privatisation receipts.

However, as in the previous year, a major portion of the next year’s “Capital Spending” will have to be financed from off-budgetary sources, as the budgetary provision for “Capital Expenditure” shows growth of just 10.7% in FY18 versus revised growth of 10.6% in FY17.

Even to finance the budgeted Capital spending in FY18, the government proposes to rely primarily on Net Tax receipts, Non-Tax revenue (with lesser dependence on spectrum sales) and Capital receipts (mainly privatisation receipts). It has assumed a growth of 12.7% in Net Tax receipts in FY18 (vs 15.4% in FY17). To achieve the stipulated growth numbers in Tax receipts, the government has taken recourse to the economic growth projections of multilateral organisations like the IMF and World Bank and placed the nominal GDP growth at 11.8% in FY18 to be helped by the rising global prices of oil and other non-energy commodities. There also seem to be hyped up expectations regarding the income tax receipts from the attack on black money. Even Privatisation receipts are expected to go up significantly by 59.3% in FY18 versus just 8.0% in FY17.

This kind of Budget math is achievable, if and only if India indeed grows in line with the expectations of multilateral organisations. This, in turn, would require another normal monsoon in FY18; higher private investment spending despite high cost-push inflationary pressures (from increasing global commodity prices) & crowding out by public investment; lesser disruptions to India’s exports and investment inflows despite the Trump effect; superior tax compliance; smoother migration to GST; and more importantly, one-and-a-half times growth in privatisation receipts. Hence, the success of the Budget would depend upon how its fiscal arithmetic pans out in FY18 based on several positive actions and reactions assumed in the budgetary exercise.

However, the reform focus of the Budget is right on target. In particular, the government has cut the corporate tax rate for small companies with a turnover of up to Rs 50 crore to 25%, which is expected to benefit 96% of Indian companies. Even income tax rate is cut from 10% to 5% for smaller income groups (for incomes Rs 2.5 lakh to Rs 5 lakh) to promote equality. Other progressive measures include incentivising digital payments and discouraging the cash use; a push towards transparency in political funding and abolition of Foreign Investment Promotion Board to promote foreign direct investments.

It is heartening to note that the government has avoided introduction of the controversial concepts of Universal Basic Income and Bad Bank that do not seem to be feasible in India’s complex political economic settings.

On paper, the government has shown a fiscal deficit at 3.2% of GDP in FY18 that shows a decent improvement over 3.5% in FY17. However, to attain this goal or even to go near it, India’s growth has to recover significantly in FY18. Moreover, it is not enough only to focus on central government’s fiscal deficit. Fiscal positions of the state governments too matter. According to a special report by India Ratings on the budgetary positions of 23 states, only 12 states had a revenue surplus in FY16.

With increasing uncertainty in the global environment, India will have to rely more on domestic drivers of growth. Luckily CPI inflation has become benign given the negative demand shock of the demonetisation measure and improved food grain availability. This has opened up space for the RBI to frontload the policy rate cuts on February 8th to give a boost to leveraged demand. At the same time, the governments – both at the central and the state levels should focus on improving project implementation and sorting out supply side challenges that are acting as a drag on corporate investments for several years.

While the Budgetary stimulus can improve the feel good factor in the near term, addressing long-standing supply side bottlenecks, labour and product market reforms, implementation of the bankruptcy code, creation of capital buffers for public sector banks and improving the fiscal credibility of the state governments are some basic prerequisites to attain macroeconomic stability on a sustainable basis, in the current Indian settings.

A progressive Budget
The revenue arithmetic of the Budget is quite conservative. Factoring in the protracted slow-down... A quick fix interim budget
The Interim Budget presented on Feb 01, 2019 was not expected to be a reform-oriented budget in any...

Budget signals countercyclical fiscal policy
Against the backdrop of India achieving the lowest growth in the past five years in 2017-18 (FY18)... 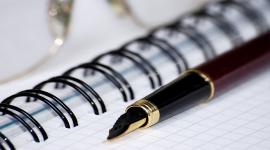 Right on focus, loose on fiscal math
In line with our expectations, the Union Budget-2017-18 has focused on active economic... 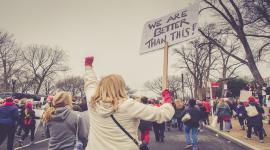 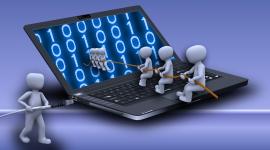 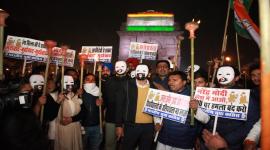