Who really moved my interest rate?

The monetary policy of the Reserve Bank of India has become one of the most watched media events these days in the light of persistent demands to lower interest rates. This undue attention on the monetary policy points to how much in the policy framework and in the socio-economic environment of the nation has changed in recent years.

Historically, India has not been an inflationary economy. The high episodes of inflation (21 per cent in 1974-75, 20.2 per cent in 1980-81 and 15.2 per cent in 1991-92 ) were on account of disruptions in oil prices which were unpredictable and sudden. However, the period of inflation which surfaced in 2008-09 and still remains a threat was as a result of contribution from food components in the consumer price basket. In other words, the potential threat to inflation in India stems from the persistence of food inflation. The RBI monetary policy report of April 2016 reveals that the bubbles of food inflation are showing up in pulses, animal protein, vegetables, fruits etc.

Initiatives like the Minimum Support Prices(MSP), the Mahatma Gandhi Rural Employment Guarantee Act ( MGNREGA) assuring 100 days of employment to every household, rise in rural credit,  increased female participation in the labour force are some of the contributing factors on the demand side.

Generally, it is believed that the food inflation is on account of supply shocks. But there is also a strong demand-side problem. When the economy has moved from the lower level of per capita income (rate of economic  growth  minus rate of population growth) , say 1.5 per cent to 2 per cent in the 1950s to 6.5 per cent currently, the income in the hands of the public has gone up. Of course, there is disparity in the levels of income and this disparity remains and may even have gone up.

But the higher per capita income has led to a significant shift in consumption and dietary patterns, which have changed to favour protein(pulses), animal protein and fruits vegetables, etc. This is also otherwise known as protein inflation.

As the RBI Governor Dr. Raghuram Rajan has pointed out way back in 2014, initiatives like the Minimum Support Prices(MSP), the Mahatma Gandhi Rural Employment Guarantee Act ( MGNREGA) assuring 100 days of employment to every household, rise in rural credit,  increased female participation in the labour force are some of the contributing factors on the demand side.

These are positive initiatives and deserve to be commended but what also comes into focus is the lack of foresight of the policy makers to recognise that  when the income levels go up, dietary patterns will change and the economy should be prepared to absorb the  resultant supply  shocks. Urgent policy intervention to augment protein and vegetable production was required to match up the MSP and MGNREGA. In short, emphasis on agriculture production should have been the supply side policy focus of the government. India has failed on this front. When supply doesn’t match demand, what we get is inflation and monetary management of inflation has to be done predominantly through the lever of interest rate.

This apart, liberalisation and globalisation have brought their share of challenges alongside in terms of the volatility of capital flows to India. We don’t know when there could be a flood of capital and when the surge becomes a trickle, stops or reverses, placing undue pressures on the currency.

The RBI has to manage this volatility, which it does through its monetary instruments like the open market operations and CRR at the long end and repo and reverse repo rates in the short term.  These instruments are used to either suck out or add liquidity depending on the market conditions, resulting in an impact on interest rates. Thus, what has come into focus is the price of quantity of money i.e. interest rate. Accordingly, the RBI moved to directly making interest rate as the target variable to control inflation and to anchor inflation expectations. Thus, interest rate management by signaling short term interest rate becomes the cornerstone of monetary policy.

This is in a marked contrast to the earlier RBI policy framework, which focused on credit management, and then on quantity of money management, taking into account money demand in the economy and matching the supply of money (the so-called “money stock” or “broad Money” or “M3”). This approach was followed later by a multiple indicator approach, recognising not only money supply but also other indicators such as fiscal deficit, current account deficit, capital flows etc. These interventions also impacted interest rates but in an indirect manner.

The indirect control of interest rates worked well for some time but slowly became redundant when it was recognised that the avowed objective of monetary policy is price stability, linking monetary management with liquidity management. In fact, the focus of monetary policy statements and the first sub head in the statement is these days titled “Monetary and liquidity measures”. Under this approach, what we have now is a direct focus on short term interest rate signaling through the overnight policy repo rate.

The shift to interest rate signaling received attention under Governor Dr. D. Subbarao beginning May 2011. This was further refined by Dr. Rajan, who adopted inflation targeting and a commitment to maintaining inflation measured in terms of  Consumer Price Index( CPI)  at 4 per cent (+/- 2 per cent)  from fiscal 2017-18. Furthermore, under Dr. Rajan’s regime, the RBI explicitly in its monetary policy framework recognised the problems of temporary and durable liquidity and focused on the management of the same by overnight policy repo rate and term repo rate.

Markets and the government clamour for a lower interest rate to drive credit uptake and augment investment. However, the threat of inflation stands in the way of RBI reducing rates. This challenge was faced by Governors in the recent past but had a particularly snowballing effect during the tenures of Dr. Subbarao and Dr. Rajan

When inflation persisted, every increase in the policy repo rate made the cost of borrowing from the credit market costlier (i.e. the bank lending rate increased). Therefore, the industry captains became unhappy. But on the other side, when the RBI reduced the policy repo rate, the corresponding reduction in bank lending rate did not follow and credit did not pickup. The RBI thus is facing the problem of being caught between the devil and deep sea.

In the ultimate analysis, markets and the government clamour for a lower interest rate to drive credit uptake and augment investment. However, the threat of inflation stands in the way of RBI reducing rates. This challenge was faced by Governors in the recent past but had a particularly snowballing effect during the tenures of Dr. Subbarao and Dr. Rajan, partly because governments were getting impatient and industry became more demanding.

In his book, “Who Moved My Interest Rate”, Dr. Subbarao says,  “…the high interest rate regime would be the main area of difference between the government and the RBI.”

Nevertheless, he and Dr. Rajan have left behind a legacy which has virtually cast in stone the philosophy that price stability is the ultimate goal of the RBI. As Dr. Rajan succinctly noted in a press release on June 20, 2016: “We can never abandon inflation to focus on growth.”

This then is the central bank philosophy, which all stakeholders, particularly the government and the markets, must recognise and respect. So the answer to “Who really moved my interest rate?” should be quite simple: It is not the RBI but a host of conditions, not all of which the RBI can or does control. 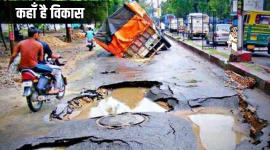 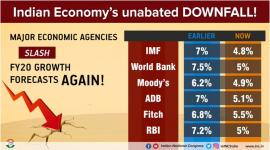 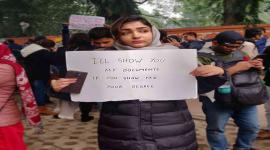 When will this nightmare end?
We are living through one of the darkest periods of independent India. The Emergency was bad. This... 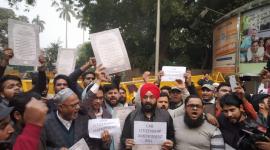 The Pakistanisation of India
The nation is in a sorry state. Parts of the sensitive North East are in flames. The fire is... 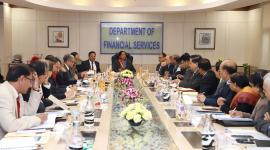