Punjab: Holding a mirror to reality

I must see the film “Udta Punjab” next week!  I am told that the proliferation of drugs in the State is the single problem that the inhabitants are discussing in their drawing rooms and village dhabas. Thirty years ago when I was sent to the Punjab by Rajiv Gandhi, the talk was all about Terrorism.  For drugs to take the centre stage means that indeed the problem must be really massive!

I checked with my old colleagues and friends in Chandigarh.  They confirmed the prominence of the topic in the towns and in the villages of the State. Suddenly the menace of drugs has assumed gigantic proportions replacing terrorism as the major enemy!  Rumours abound about the involvement of an Akali Minister in Badal’s Cabinet as the patron saint of cross-border smugglers!  Some cognoscenti suspect the hand of Pakistan’s ISI encouraging the smugglers with the Machiavellian intent of weakening India’s traditional ‘Sword Arm’.

Punjab’s borders with Pakistan have for long tempted assorted smugglers. Arms and drugs are the chosen objects.   They generate good money and are hence worth the risk.  The only other indigenous land border that beckons is in the North-east where, too, the drug menace threatens.  During the troublesome days of terrorism Punjab’s borders were comparatively better patrolled to counter the terrorists who had been trained and sheltered in camps set up by the ISI.

It should surprise none if the ISI is the puppeteer.  The ISI has vowed to weaken our country ‘with a thousand cuts’ so that it bleeds and bleeds copiously.  Ensuring the emasculation of Punjab’s peasantry would surely help it in its endeavour.  The Jat Sikhs provide not only a major portion of the food grains required to meet the county’s food needs, but also a great number of fighting men for our Army.  If their sinews weaken with the drug habit both, the grain ‘mandis’ and the army recruitments centers, will wear miserable looks.

Punjab’s borders with Pakistan have for long tempted assorted smugglers. Arms and drugs are the chosen objects.   They generate good money and are hence worth the risk.  The only other indigenous land border that beckons is in the North-east where, too, the drug menace threatens.  During the troublesome days of terrorism Punjab’s borders were comparatively better patrolled to counter the terrorists who had been trained and sheltered in camps set up by the ISI.  The terrorists had roped in the smugglers who knew all the riverine routes.  The difference between today and thirty years earlier was that our border guards then were less likely to succumb to temptations of lucre in the time of terrorism, realizing the enormity of the threat to the integrity of the country.

Even then, thirty years ago, complaints against some greedy politicians and police officers would trickle in. I remembered visiting an IPS officer and his wife in a hospital where they had been admitted after a road accident. I learnt that the car in which they had been travelling belonged to a known smuggler!  When the officer was not able to explain why he had used a smuggler’s car I made an adverse entry in his annual report enough to block any future promotions.

I mention this case because the officer apparently got his promotion after I left Punjab by getting round the political leadership.  This alone should speak volumes of the rot that has set in the State’s administration after peace returned.  A former IAS officer, whose husband was shot dead by the terrorists in Patiala during those terrible times, phoned me a few days ago to complain that though her husband was an IPS officer who had served as my personal security officer and had died a martyr’s death the police were not helpful when the martyr’s son was being wrongly deprived of his legitimate share of ancestral property by the martyr’s sister.  My own intervention on the boy’s behalf at the highest quarters of the police hierarchy did not help!  The former IAS officer had obtained the Chief Minister’s nod.  That, too, was of no avail!

If a former IPS officer, honoured posthumously with the Padma Shri, was being ignored in this manner despite the fact that his widow was a former IAS officer, one can imagine what the fate of less-privileged mortals could be in the State of Punjab.  The law was clearly on the side of the young boy but in Punjab the SHO is king!  And the SHO is in awe of the martyred officer’s sister who is a serving police officer having secured the job as recompense for her brother’s martyrdom!

The proliferation of the drug habit in the villages of the Punjab is a natural corollary to a slack administration that functions at the whims of the political hierarchy rather than according to the Rule of Law.  It is hardly surprising that the people of Punjab have turned against their rulers when young men are losing their youth to a vice that could have been controlled if the rulers had the political will to act decisively.

Through the sacrifices of numerous citizens and many police officers and men Punjab was rescued from the grip of terrorism.  Why have the elected representatives of the people not learnt a lesson from past mistakes?  Why have they permitted this decline?  They should have concentrated on good governance, enforced the Rule of Law and discouraged the activities of the smugglers.  Instead, ugly rumours of a Minister being involved are doing the rounds!  Even if the accusation is false the fact that border vigilance is slack and drugs are easily available make people feel that there is truth in the allegations.

Udta Punjab is a film that all of us must see.  I am told it reflects reality.  In that case the Chief Minister and his cabinet should also view it and then spell out how they intend to fight the drug menace.  Overawing the CBFC to stall the release of the film is hardly likely to influence the electorate in the coming elections.  In fact, the results are likely to be just the opposite!

(Julio Francis Ribeiro took over as DGP, Punjab and led the Punjab police during the state's worst years of terrorism) 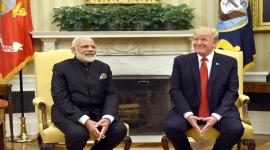 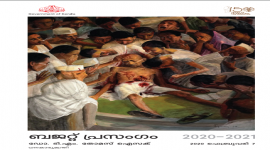 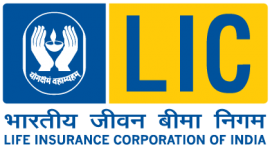